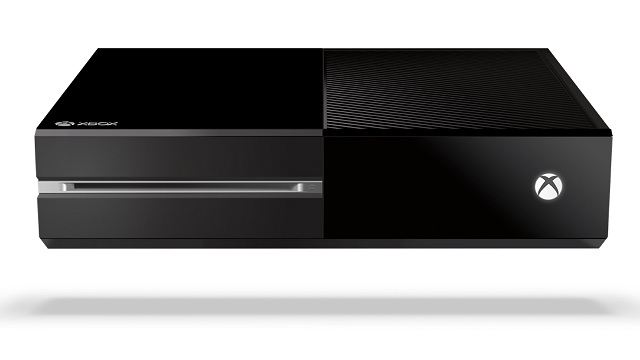 I swear. You go to see Man of Steel and the whole world changes. James Gandolfini, a man who changed the face of television with his portrayal of Tony Soprano passed away and Microsoft reversed all of their crappy DRM and online check-in policies.

I have to say, this reversal was pretty damned shocking. When you’re this involved in gaming, it’s easy to think that the rest of the world feels as strongly as you do about things, but in many cases, it’s just the echo chamber effect and the stuff that you vocally despise isn’t that big of a deal to the greater game buying public. Clearly Microsoft felt that the backlash shown at E3 as well as the love shown to Sony over the PS4 was enough to make them change their minds and not wait until the console launched to see how the public reacted. I don’t have access to pre-order information, so it’s possible that pre-orders were down, but I doubt it. I would imagine that pre-order allocations were low enough to let the hardcore Microsoft fans get their hands on a console at launch as well as let Microsoft PR send out many the press release touting how the Xbox One sold out at launch. I don’t have any hard data to back that up, just things I’ve heard here and there about pre-order allocations at various retail stores.

It’s interesting to see what Microsoft felt was necessary to withhold as a result of the DRM changes, things like family sharing and being able to install the game and just play the installed game. Seems to me that both of those things could still exist, and still exist with a mandatory, once a day check-in, only with the new policy, customers could choose to enable the daily check-in so that they could make use of those features. Microsoft seems to be missing the point that choice is the key word here. If people want to have game sharing, fine, let ’em, but they have to have daily check-ins enabled, as does everyone they share with. Ditto for game installation. This binary set of choices seems arbitrary and a little punitive, to be honest, as if they’re saying, “Oh yeah, well then you don’t get these awesome things here that we haven’t really talked about but trust us, they’re awesome.”

Honestly, I’m not sure what to think about game sharing. You’ve got a blog posting making the rounds today from a supposed Microsoft employee working on the Xbox One that states that Family Sharing was just glorified demos. I’ve got other people saying it was full game sharing. If I had to guess, it was somewhere in between with publishers deciding the level of sharing. I mean, if it was full game sharing and it allowed you and nine other people to split the cost of games, why wouldn’t Microsoft be shouting that from the rooftops? I mean, they can’t be that bad at PR, can they?

As expected, once the reversal was announced, out came all of the people who were for these restrictive policies, even if they never mentioned it in the past. Gizmodo thinks that the Xbox One just got “way worse” as if it were a given that Steam type of sales would come to the Xbox One, you know the same way that the current spate of Xbox OnDemand games are so darn inexpensive. Yes, I would like to download JASF, an 18 month old game for thirty bucks. I mean, why wouldn’t I? It’s not like I can find it cheaper anywhere.

It was also cool to see CliffyB head back to Twitter to tell all of us ungrateful children that this why we can’t have nice things and that tacked on multiplayer and tons of microtransactions are all but inevitable now. Look, I’ll admit that there’s no easy answer to this whole thing but as I’ve said before and will continue to say, you are blaming the consumer for a problem they did not invent. If the only way you can add “value” to your game is with tacked on multiplayer then you didn’t do a very good job making your game. Nintendo said it best when they said that the best way to keep people from trading in games is by making a game they don’t want to trade in. Cliffy also brings up Blood Dragon and Minecraft as games brought to us only via digital distribution and he has an excellent point there, except he’s leaving out one very important detail: cost. Minecraft is twenty bucks and has infinite replayability. Blood Dragon is 15 bucks and gives around 12 hours of content, and good content too. How am I supposed to feel good about buying digital games at 60 bucks a pop when it’s clear publishers can charge less? The lack of tacked on multiplayer and microtransactions is supposed to make me feel better? Never mind the notion that microtransctions going away simply because stuff is digital is patently ridiculous.

I do applaud him for wanting to make sure that every game developer gets paid for every sale of their games, but that’s assuming that publishers aren’t screwing with the numbers in some capacity to minimize the amount of royalties paid out. I don’t want to tell the guy what to do with his spare time, but if you really want to make sure developers get their fair share, maybe work towards removing the horrible practice of tying development bonuses and payment structures to arbitrary Metacritic rankings. Or, and here’s an idea, maybe work towards making sure that those in development and QA have some semblance of a personal life and aren’t made to work in sweatshop conditions for eight months of crunch time only to be fired before their game is released. I’m sure every developer laid off in the time between the game is finished and is released need only wait by the mailbox for the royalty checks that the publisher will undoubtedly send them!

I’m glad that Microsoft changed their policies, because the old ones were so anti-consumer that it bordered on abusive. It doesn’t change anything for me though, my PS4 preorder stands. For one, I don’t like the idea of game developers knowing that they have Kinect at their fingertips. I still remember all of the shitty ways that Sixaxis motion control was tacked on to early PS3 games and I don’t want to be working out and playing an Xbox One game and have to start waving my hands all of sudden, nor do I want Kinect’s ability to read my heart rate to result in an unnecessary call to 911 because it thinks I’m having a stroke.

Second, while I think that this move effectively places Sony and Microsoft in their respective corners in regards to DRM with neither willing to go beyond what they have right now for fear the other will pounce on them about it, I don’t like the fact that this stuff can all be turned back on with a simple software patch. This isn’t me being paranoid, this is simply acknowledging that Microsoft has a clear vision of a digital future, and the Xbox One was a part of that. Their vision hasn’t changed, they’re simply reacting to the rejection of that vision. As time goes on, they may start changing things here and there to take smaller steps to the same place rather than this giant leap. As they take those steps, I may decide that I want to go along with them, but I need some time to see how they manage it rather than blindly trusting them.

Finally, as it should be, it’s all about the games. The PS4 has more exclusives that I want to play. The PS4 also allows indies to self publish, which means I can play Transistor on it. Compare that to the stance towards indies that Microsoft has and it’s not a hard choice to make. Guess not all developers deserve to get as much money as they can from their work, just the AAA development studios.

So yeah, I’m glad that Microsoft reversed their policies because it means that if they keep them reversed, once the console gets a price drop or two as well as some exclusives I care about, I can pick one up and go back to being a two console household. It also means that with the PS4 and the Xbox One on relatively equal policy footing, the competition between the two can go back to being about the games. What it doesn’t mean is that I’m going to fall over myself praising their decision. Like I tell my kids when they complete a chore, I’m not going to congratulate you for doing something that you should be doing in the first place. Microsoft should have done this in the first place. Let’s not forget that.

14 thoughts to “The Xbox One-Eighty”