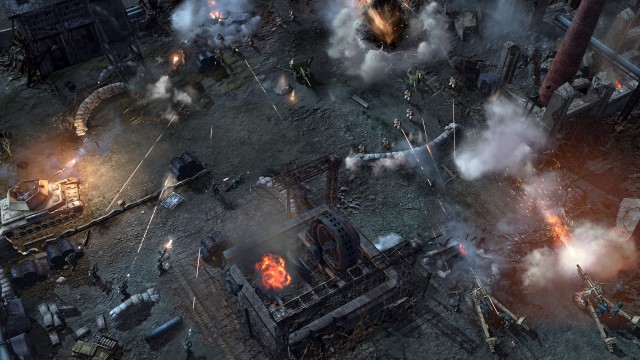 This week sees the release of Company of Heroes 2

, one of the various properties carved up when THQ went under. Bill and I saw it during our last E3 and man, that snow looked amazing. The gameplay also looked impressive and served to remind me that the Eastern Front was not a place I would have ever wanted to be.

We also get the release of Deadpool (PS3

this week, the comic book video game that three, maybe four people have been clamoring for. Nothing against Deadpool, but humor in games is pretty tricky, 4th wall humor even trickier and my concern is that Deadpool will end up being just an annoying mess of 4th wall breaking poop jokes. I’ll still give it a shot, but I’m not expecting much.

brings eight gazillion fighters to the 3DS, Spartacus Legends brings gladiatorial gore to PSN and XBLA, Game and Wario brings minigames to the Wii U and Ride to Hell: Retribution (PS3

) brings biker club fun to various platforms. It’s like Sons of Anarchy just without an MC member who moonlights as an Elvis impersonator.