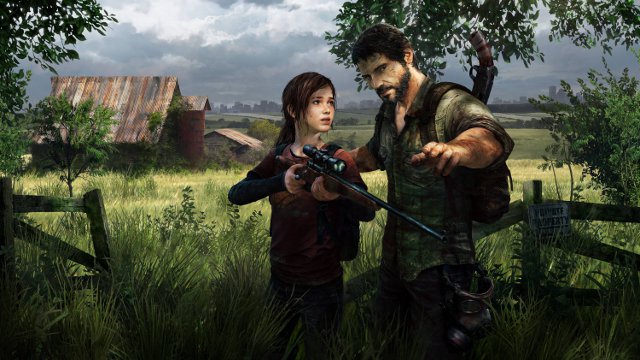 If you listened to Episode 180 of Jumping the Shark, or if you have finished The Last of Us, you know that it’s close to impossible to discuss the game fully without giving away a significant amount of the game’s story. With that, and the desire of some community members to keep the discussion going in mind, consider this a full-on, spoiler filled discussion of The Last of Us. If you read this post, things will get spoiled. If you read the comments, things will get spoiled. You have been warned.

It took a couple of days for me to be able to stop thinking about The Last of Us. Some time around the side trip with Tommy the game changed for me. The combat got, I don’t know, better. Maybe I just had more resources or maybe I finally got a grip on it, but it felt like I could approach every encounter like a puzzle and figure out the best combination of tactics. That probably has as much to do with me realizing that it didn’t have to be just sneaking or just killing as it did the encounters themselves, but something changed.

That trip with Tommy also marked a change for me in that it showed me that the game wasn’t going to rely on the “typical” story beats. I’ll admit that the beginning couple of hours were incredibly predictable. Ellie is the key to the cure, Tess gets bit and dies, none of this was particularly new or surprising. Before setting out with Tommy, Tommy’s wife gives Joel the “don’t make me a widow” speech and I thought , “Oh here we go.” Of course, Tommy was going to die. Of course Joel would tell Ellie that he will bring her to the Fireflies because Tommy’s death has to MEAN SOMETHING.

Then, the game pulled a fast one on me. Ellie realized what Joel was doing and she split. Tommy and Joel went after her and not only did Tommy not die, but Joel quietly and without a big speech about responsibility and family and whatnot asked Ellie to get up on his horse and they left. That’s it. Nothing trite or cliche, just a character who, up until this point had been very selfish, doing a selfless thing.

The best part of that exchange isn’t that it didn’t fall into cliche, it was that it didn’t mark a Turning Point for Joel. Most games these days seem to think that bad people can continue to be bad as long as they’re on the receiving end of your bullets, but bad people that you play have to end up getting redeemed. I know I’m not Joel. I don’t need Joel to end up as a saint because of some inability to relate to people who aren’t perfect. Hell, I’m not perfect. I like my characters with a little dirt on them.

And make no mistake, there is no redemption for Joel in this game, which is in part why the ending stuck with me. Joel’s “selfless” act in the end was completely selfish. He went from being a guy who selfishly pushed away a scared child just so that he wouldn’t have to deal with the 20 year old death of his daughter to a man who selfishly rescued that same child from death simply because he didn’t want to lose that same daughter again. Now, I can’t say that I wouldn’t have done the same thing, but the thing about the ending that twists that knife is how he handles it after the fact.

Ellie was pretty clear with Joel that they had to get to the Fireflies because after the events with David, she had to know that the journey wasn’t for nothing. Ellie was in no position to tell Joel what she would have wanted as she was unconscious and being prepped for surgery but after the fact, Joel owed it to her to tell her the truth. Maybe she would have agreed with him, maybe she would have hated him, but whatever the case, after everything they had been through together, Joel should have treated her like an adult and told her what he had done but he didn’t. In the end, the selfish Joel who never wanted to shepherd this kid across the country lied to her, not because he wanted to protect her, but because he didn’t want to lose her. You could make the case that Joel was just protecting her, but Ellie had earned the right to decide for herself how she felt about the whole thing.

If I had to describe this game, I’d say that it’s better than the sum of its parts. The zombies were inconsequential, the AI was frequently dodgy the combat and stealth encounters early in the game made for some encounters as rote as the early story beats but by the end, I wanted to do nothing but play this game because I wanted to see what happened to these people. I wanted to see where this journey led Joel and Ellie and where it led me was disappointment, not in the game, but in the main character, a disappointment that hit hard and stung deep.

The Last of Us may not be the best game I’ve played this year or the best game on the PS3, that would be Fire Emblem: Awakening and Uncharted 2 respectively, but it’s a game that stuck with me a long time after the disc stopped spinning.

12 thoughts to “The Last of Us Spoiler Space”