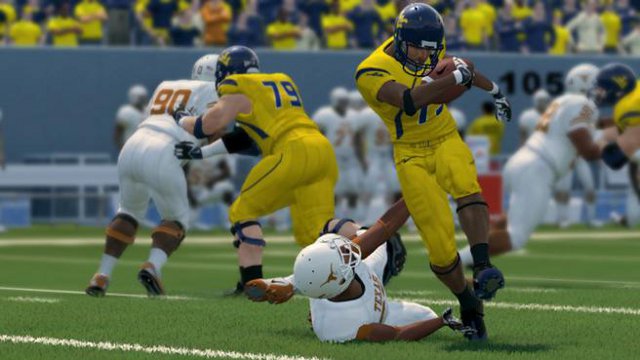 It’s July which means football season! Wait, what? Oh, right, college football. I understand that’s a big thing with some people. Those people may be happy to know that NCAA ’14 (PS3

) comes out this week. Then again, maybe those people won’t. I have no idea what goes on in the heads of people who get wrapped up in a system that can’t figure out how to do a proper championship.

In other news, Dark comes out for the 360. Early reviews are not promising. PS3 owners can play every Metal Gear Solid game ever created by human hands, or at the very least quite a few of them with the The Legacy Collection

. Civ V gets the Brave New World expansion, Guncraft hits the PC and The Walking Dead: 400 Days hits iOS. I played 400 Days on the PS3 and it’s pretty good. It doesn’t have the same weight as Season One, but seeing how it’s a bridge episode, I wouldn’t expect it to.