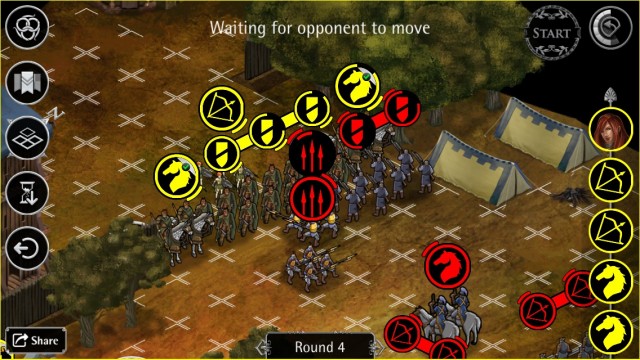 When it comes to turn based strategy games, I pretty much suck at them. There’s nothing new to report there. I’ve been sucking at strategy games ever since I first sidled up to a keyboard. Sure, I managed to get through all of Fire Emblem: Awakening but I played that on casual and turned permadeath off. Had I played that game on the default settings I’d still be at the first mission.

Despite my ineptitude at strategy games I gave Ravenmark: Mercenaries a spin. It’s free to play so all it cost me was some bandwidth and storage space and my thinking was that maybe it would be lenient enough for a strategy lightweight like me to master.

Yeah, not so. This game is a Strategy game with a capital S and while the monetization schemes may irk some, if you’re into turn based strategy, you really should check it out. 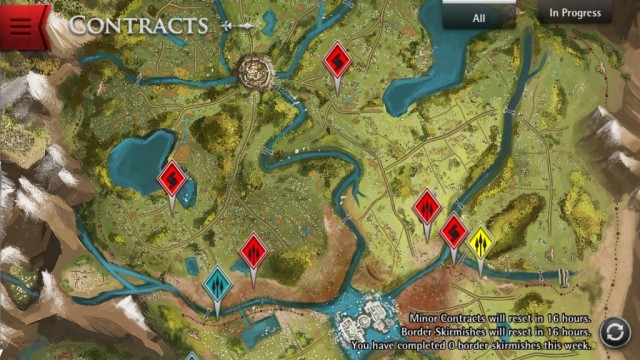 Free to play games can be dicey with the amount of content given away, but this game has a pretty good amount of starting stuff to get you rolling into battle and, if you’re like me, getting destroyed by human and AI opponents alike. The game allows you keep various regiments of up to four brigades each and bring up to two of those brigades into battle. When you start the game you have enough money from winning your tutorial missions to fill up at least two full regiments of brigades. Sure, they’re not the best brigades out there, but they can get you going and earning more money as well as field a nice selection of ranged, ground and mounted units.

From here you can choose to take on small missions that succeed or fail based on some computations you’re not privy to (in other words, no combat), you can partake in a border skirmish against the AI or you can tackle real live humans in asynchronous online battles. Unfortunately using a brigade for any of these activities means they’re out of commission until they cool down, or, in the case of online battles, while they’re sitting idle while your opponent plans their next turn. As a result, it’s in your best interest to have as many brigades as possible, one way in which the game gets some real live coin out of you. 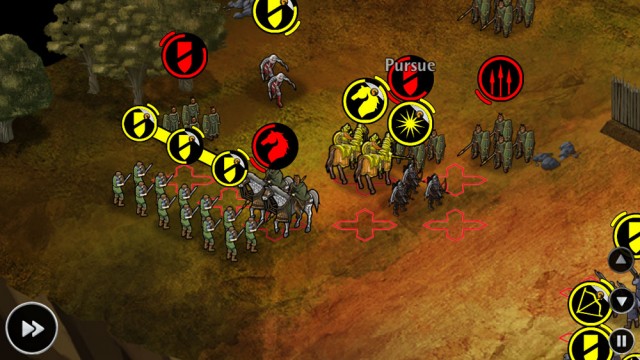 While in battle, the amount of tactical options are staggering. Units can be teamed up in various formations, with those formations wheeled, flipped and broken up as needed for maximum efficiency. Units can be given standing orders to advance or stand their ground or pursue an enemy unit so that valuable action points don’t have to be spent micromanaging every unit on the field. In addition, heroes and commanders can give passive buffs and units can have special abilities to help bolster your ranks when the fighting gets thick. Add to this the rock-paper-scissors style of unit strengths and weaknesses as well as needing to be mindful of things like flanking and attacking from the rear and well, you can see why I did not fare well in my battles.

If it all seems overwhelming, the extremely extensive codex is there to help illuminate things if you can get past the sheer amount of content available. Seriously, this thing is daunting. A tremendous amount of time went into the world building for this game and I applaud a mobile game that takes the time to give the player this much insight into the world should they want to read it. 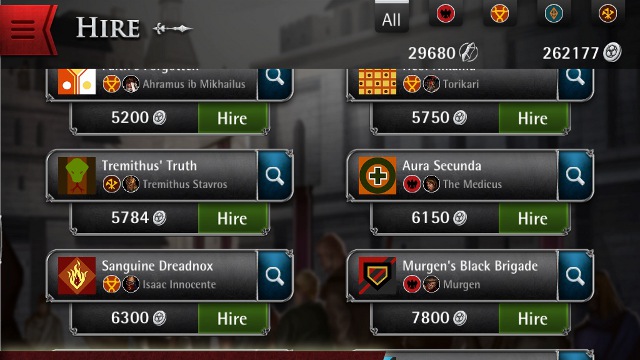 Along with paying for more brigades, you can also pay for better brigades, maybe with a hero or two to keep yourself from getting slaughtered. You’re also free to grind away for these brigades if you don’t like the idea of paying for your content, but it’s going to be a long haul if you decide to go this route based on how long it takes brigades to recharge. Me, I’m fine with that idea. They clearly put a lot of time and effort into this game and if I decide that I don’t want to pay for it, I shouldn’t expect to get everything the exact moment that I want it. You also get some ads when playing for nothing, but you can pay five bucks for the ads to go away and for some unique brigades and some customization options. The ads never bothered me if that’s any indication.

There’s no real story to speak of, if that’s your thing and I have no idea if one will pop up at some point, but there wasn’t a story in Summoner Wars either and there isn’t one in Ascension and I don’t care. Ravenmark: Mercenaries gives you plenty of bits and bobs to make your own epic tales of I Have Met the Enemy And He Is Very Good At Killing Me, and all for nothing more than some time and some data. I’d say it’s well worth it.