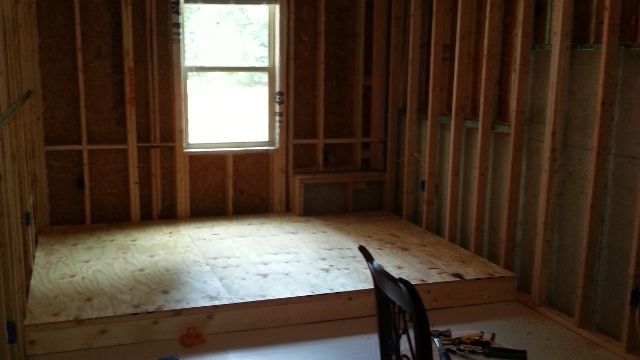 That right there is a riser, a riser I built as part of finishing my basement. It is in my movie room so that those banished to the back row of seats can see over the heads of their betters, namely those important enough to be allowed to sit in the front row. It is roughly eight feet by eleven feet, a super fortified combination of plywood, two-by-sixes, two-by-fours, sweat, blood and gumption. It is very big. It is very heavy. It is not fun to move, something I can now attest to personally. 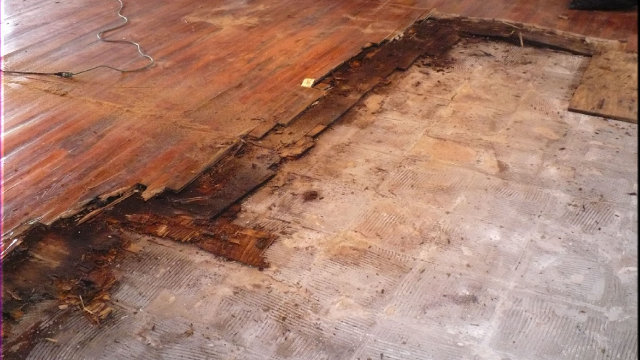 For all it is, one thing it was not, prior to this past weekend, was protected from water damage where it rested on the floor. Call it an oversight, call it stupidity, call it not finishing basements for a living, call it what you want but when I made the riser I neglected to notice that all of the previously framed walls were resting on pressure treated wood, presumably so that my house would not collapse in a damp cloud of wood rot. Unfortunately this shortsightedness extended to all of the walls that I framed for the basement, but that’s not the focus here, the focus here is the riser, the big, heavy riser that, once under the steadfast gaze of the county building inspector, was judged on its water-proofedness, judged and found wanting.

Oddly enough, the inspector didn’t seem concerned that someone with no building experience built this riser. Maybe if he knew that my astigmatism has rendered my eyes incapable of seeing vertical lines straight up and down he’d give pause to giving the ok to a riser that children and the elderly might use but in the eyes of the county, wood that collapses under its own weight is fine so long as said collapse doesn’t happen because of moisture. In other words, ignorance is fine, water is not.

So here we were, two people and a very heavy riser, a riser that needed to be moved so that we could somehow place something under it to prevent water from getting to it. I briefly entertained the notion of destroying the whole thing and rebuilding it but decided instead to use my brain rather than my reciprocating saw to see if there was some way to deal with the problem without resorting to complete and total destruction.

This was easier said than done as before I could even consider putting something under the blasted thing, I had to first get it un-nailed from the three walls surrounding it. In an attempt to make sure it never moved, like ever, I nailed this thing into the walls within an inch of its life. At the time it seemed like a good idea. A hacksaw blade managed to get through most of the nails with my wife providing the necessary illumination via handheld flashlights, overhead lighting gone the way of the dodo for the electrical inspection. I sawed, she held and we moved on.

If you’ve ever played an adventure game, you have come across a puzzle for which there seems to be no obvious answer. Whenever I got to that point, I’d usually open up my inventory and start using everything I had in the hopes that I’m just not seeing the puzzle the way the designer wants me to see it and I’ll stumble across the answer as part of my trial and error. I ran into a similar situation here, with me returning to my workshop over and over again, checking my inventory of 40 year old tools obtained at garage sales across the tri-cities area in hopes I’d find something capable of destroying a trio of three nails that were all that stood between the riser and freedom. Eventually I found a file forged at some point during the Bronze Age and some good whacks with the hammer sent those nails on to their heavenly reward.

Eventually we got the riser moved enough to see that we had options but not so far where it would move any more, a fact that limited many of our choices. The lizard part of my brain and my reciprocating saw were both earnestly pushing for complete destruction and I was doing my best to quiet them down. The saw had already tasted sweet, sweet wood when I used it to cut away a particularly snug section and it thirsted for more.

Now, I’m not one to go one and on about how video games have changed my life and taught me all manner of important life lessons. Video games are entertainment and like all forms of entertainment, they make you think, they stir emotional responses, they serve as way to blow off steam and get a break from life’s little tortures. I will say, however, that if you play a lot of Professor Layton games, eventually some of that shit wears off on you. 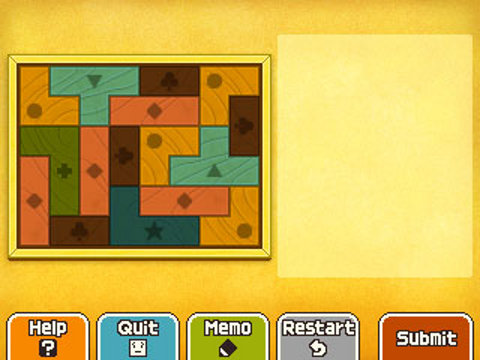 Once I looked at the riser as a puzzle, it all became clear and I mean, like, in an instant it all became clear. The riser was topped with three sections of plywood. We could buy pressure treated plywood and just slide it under the riser. We had already done the heavy lifting, literally, and had the riser propped up on some chairs on one end and some blocks on the other so that I could get under it for other moisture related shenanigans. If we strategically moved the chairs so that two of the three sections were supported at all times, we could slide each section of plywood in, move the chairs and blocks and then do the same for the remaining two. No risers needed to die this day. The saw would go to bed hungry.

So that’s what we did and it worked beautifully. I have to say, I felt pretty stupid not thinking about using the right materials the first time but once that we managed to get the riser back in place, resting atop a layer of moisture-proof wood and looking as if it was built that way from the beginning, I felt like a construction genius.

Now it’s possible my wife would have come up with the idea on her own, she’s pretty smart and it’s possible that had I never played a Layton game, and not experienced more block moving puzzles and river crossing puzzles that I could ever hope to remember, I would have come up with this idea on my own, but I kind of doubt it. The heart wants what the hearts want and my heart wanted to say “screw it” and bust the damn thing up.

Thankfully, all’s well that ends well and we passed our next inspection. The basement is ready to be drywalled and then we can move on to installing outlets and switches and learning that, as bad as I am as a carpenter, I am far worse as an electrician. Unfortunately, I don’t think there’s a Layton puzzle for that.

One thought to “Puzzle Games Saved my Basement”