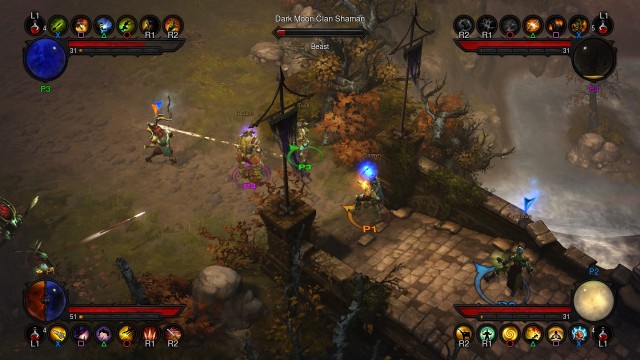 It’s a short work week here in the states, something I used to my advantage to sit on my butt and play Saints Row IV and Diablo III. Not a bad way to spend Labor Day.

), it’s out on consoles this week. Tom and I are playing it over at Quarter To Three so take a gander to find out what happens when a grizzled PC veteran and a plucky, young console upstart fight the demons of Hell together. If demons aren’t your thing, Total War: Rome 2

brings all of the fun that only men in skirts and sandals can bring. If platforming is your thing, Rayman Legends (Wii U

) drops today. I liked Origins enough, but the platforming got too complicated for me so I ended up not finishing it, as is my way with all platformers. If being scared is your thing, Outlast may have you covered. I say may because horror is like comedy. What scares one person does nothing for another. Finally, A Tale of Two Brothers hits PC and PS3, Dead or Alive 5 Ultimate hits PS3 and 360 and Castle of Illusion starring Mickey Mouse hits PC, PS3 and 360.