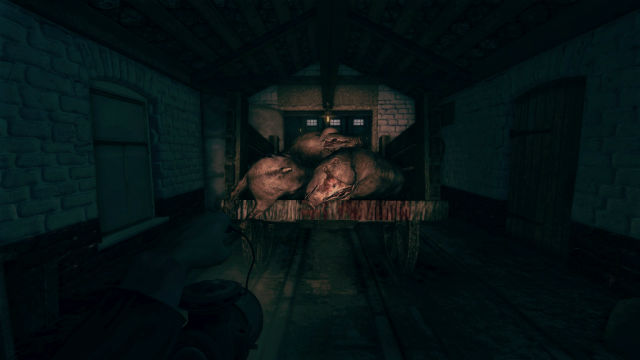 The first Amnesia title, The Dark Descent, was acclaimed by many as the scariest game ever made, an assessment with which I concur. Its success was down to getting simple things right: atmosphere, cunning set-pieces and depriving the player of the ability to fight back, making every monster encounter a wellspring of terror.

That immediately creates two problems for this sequel. First, the bar is already set incredibly high: to outdo the most horrifying game ever created. Second, to make it interesting and new without adding too much and spoiling the stripped down formula responsible for the original’s success.

Astonishingly, the answer that A Machine For Pigs has for the latter question is to become even more straightforward, putting less mechanics between the player and the sinking pit of their stomach. It’s a bold move and, largely, a successful one. In the original game, for instance, light sources were limited and standing in the dark made the protagonist hallucinate. A clever mechanic but one which, in practice, was often more annoying than atmospheric. 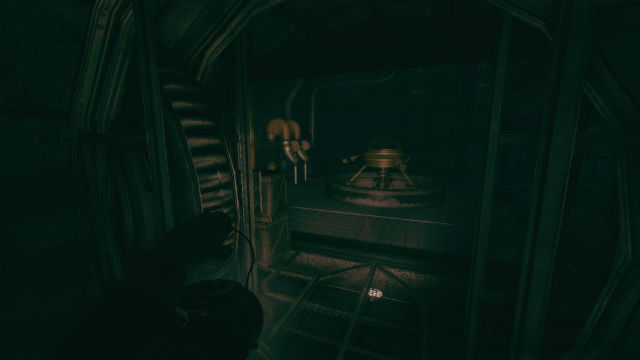 It’s gone. Now you have a lamp you can use whenever you want. Player agency is restored, there’s one less mechanic to learn and, most importantly, the developers now have full control over all your light sources. You’ll learn what a difference that makes the first time you descend into a pitch dark, monster-filled cellar to the sound of freakish chanting and find your trusty lamp suddenly begins to flicker uncontrollably.

However the removal of the inventory backfires. The game retains its unusual physics engine which allows you to grasp doors and items and push, pull or otherwise manipulate them with mouse movements. It’s a great adventure mechanic, but without an inventory you have to put down whatever you’re carrying every time you want to open a door. You won’t end up carrying items around often, but it’s still irritating.

While the play style will be familiar to veterans of the original, A Machine for Pigs was actually developed by The Chinese Room, the studio behind Dear Esther. It’s better looking than its predecessor but seems extremely resource hungry. My laptop with an i7 and a decent mid-range graphics card found some frame-rate stuttering even on the lowest settings. 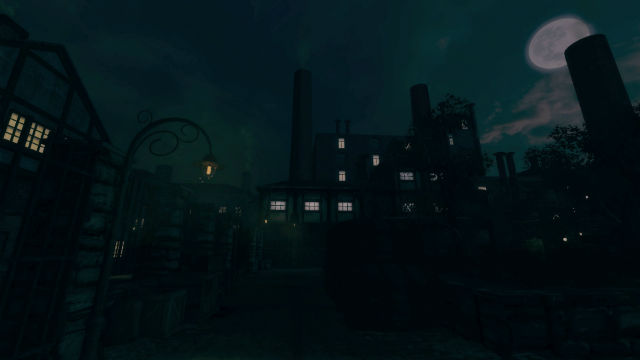 The much-vaunted new outdoor levels aren’t so much different from the indoor ones, but they to add to the considerable range of environments you’ll encounter as you descend into the bowels of the machine. Most of the levels have their own distinct look and feel, offering a lure of curiosity to pull you forward.

Everything you’ll come across has been ruthlessly engineered to cause unease. Apparently normal paintings that are actually twisted parodies, caged beds with bloodstained sheets, drawers that turn out to be full of human teeth. Psychological buttons are pushed relentlessly: vulnerable children, attic stairs, rattling doors.

However, a new engine isn’t the only thing The Chinese Room have bought to the Amnesia franchise. Their influence is heard in the soundtrack, too. While there’s plenty of droning bass, mechanical creaking and distorted screams, masterfully blended to unsettle the player, there’s also bursts of melancholy strings, very reminiscent of Dear Esther. There’s also lots of silence, used effectively as a launchpad for sudden scare effects. 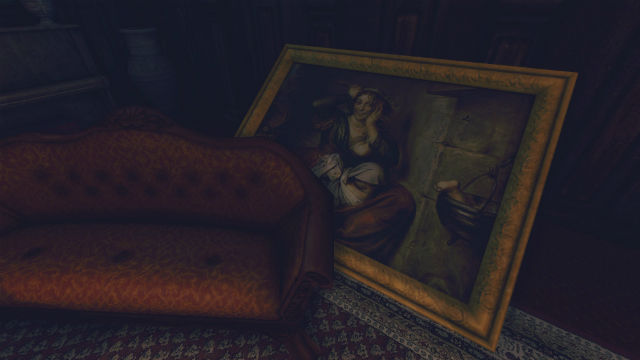 But the new developer’s biggest contribution is to the plot. Although largely told through a series of found notes, just like the original, the narrative here is more interesting and, arguably, darker. It’s a tangled tale which begins with love and the desire for a better world but ends in tragedy and takes in a lot of grotesque body horror along the way. It’s a clever piece of work, redolent of allegory and inviting deeper analysis.

While more concrete than the jumbled story snippets that made Dear Esther so interesting, it’s told in a similarly fragmentary manner and leaves plenty of ambiguity. Just like the best macabre writing, the mind fills in the blanks with horribly suggestive detail. The story might not be hugely imaginative, but it’s compelling and shocking nevertheless, helped considerably by a sympathetic protagonist.

Oddly, one of the biggest problems with the previous game was that it was almost too effective. Being disturbed to the point of recoiling at small noises and refusing to play in the dark is almost the antithesis of fun. And while the threat of tripping over a creature in the gloaming and having it immediately eviscerate you added to the fear factor, it was also frustrating. Especially so if you were trying to work your way through a puzzle at the time. 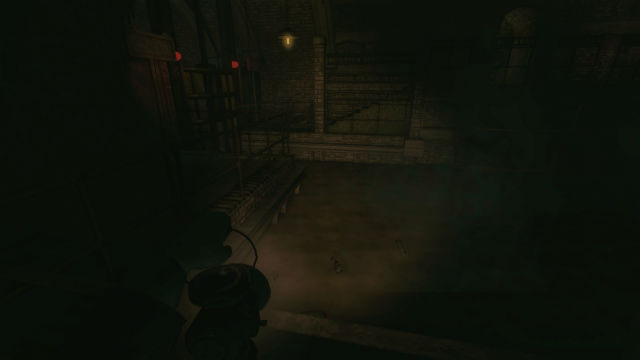 A Machine For Pigs is still scary. Once, after playing, I walked into a dark kitchen and jumped in whey-faced terror at what turned out to be a white tea-towel. Even early on, where you’re under no threat whatsoever, you’ll still be tormented by a constant itch of mortal peril. But I don’t think it’s scarier than the original game. Perhaps I’m jaded after playing that, no longer shocked by what’s essentially the same mechanics, but it’s not necessarily a bad thing.

You won’t encounter that many monsters in A Machine For Pigs. Some seem to mysteriously vanish should you fail to get past them a couple of times. The puzzles are varied, but not especially hard, and you’re generally allowed to solve them without creatures trying to bite your face off. Later, there are extended sections where, Dear Esther-like, there’s little to do but explore and wallow in the bleak atmosphere.

Basically, it’s not too frustrating to play. But without the thorn of annoyance to vex the player, it’s also less immediately terrifying. Plenty of titles can make you jump out of your skin, but A Machine For Pigs aims deeper, worming inside and making you uncomfortable with your very humanity. It might not be scarier than the most frightening horror game ever made but does manage, by porcine whisker, to be a more interesting, memorable and likely more divisive game overall.

One thought to “Amnesia: A Machine for Pigs Review”