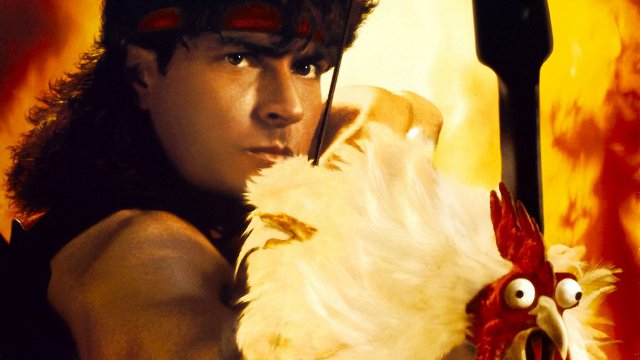 As October winds down, games continue to get out of the way of console launches and Call of Duty leaving not much more in the year than, well, console launches and Call of Duty. So far, I have found this holiday season to be pretty damn boring. GTA V continues to impress, but that game came out a month ago. Arkham Origins is exactly what you would expect , so take that for what it’s worth. I still have my PS4 preorder and I have a Swap Force Skylander already purchased for the PS4 version of that game, but one game does not an exciting console launch make. That’s not to say that the other launch games can’t be good, I’m just not interested in buying them at the moment. I guess it’s a statement to GTA V’s staying power that I’ve played it for a month straight, single player and online, and not only am I not finished with it, but I want to keep playing it.

is a shooter with dogs, but I think you’re punching them, not leading them into battle. I could give a rat’s ass about Battlefield so…yeah. If soldiering isn’t your thing, how about pirating? Assassin’s Creed IV Black Flag

releases this week in all of its swashbuckling glory. I’m sure I’ll play it. I’ve played all of them. Whether or not I enjoy it is another thing entirely. It can’t be worse than ACIII can it?

If pirates and soldiers aren’t your thing, how about wrestlers? WWE 2K14

has those, and lots of ’em from the looks of it. Sonic Lost World 3DS

has hedgehogs, because why wouldn’t it? Angry Birds Star Wars

has angry Star Wars birds or maybe birds that are angry at Star Wars? I don’t know. Blood of the Werewolf has blood, werewolves and platforming. I guess I should know what this whole Slender Man thing is, but I don’t because I’m old. Slender: The Arrival is the game of the uh, whatever Slender Man is. Master Reboot is a first person sci-fi horror adventure shooter with memories and what have you. Deadly Premonition, a game I couldn’t play for more than twenty minutes before quitting out of boredom hits the PC as does Football Manager 2014. Finally, Sniper Elite: Nazi Zombie Army 2 releases on Halloween because of course it does.

Toys R Us – Free $40 gift card with purchase of any two games priced $59.99 or more. I guess this deal replaces the fabled buy two, get one free deal of yore. Get a variety of crappy 3DS games at two for $40. Buy one, get one 40% off on all Skylander figures. Disney Infinity power disks are two for $8 and figures are two for $20.

Best Buy – Save $10 on the Battlefield 4 strategy guide. I don’t know why you’d need one but maybe that dog punching level is really hard. There are other stupid deals but they’re stupid so I’m a skip ’em. I don’t get out of bed for anything less than 15 Slim Jims and a six pack of Dr. Pepper.