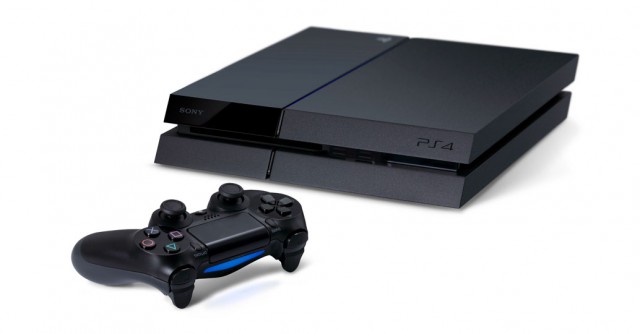 This is it folks, week one of our two week entrance into the next generation of console gaming. With both consoles needing day one patches for various levels of functionality, it’s going to be a rough go of things. I think we can take that as a given. That being said, keep calm, keep in mind that all consoles have launch problems and threadbare lineups and for God’s sake, if someone wants to buy a new console at launch (like me) and they’re not taking your games and/or money to do so then by all means, let them have their fun.

The first console out of the gate is Sony’s PS4

, which also happens to be the one I’m starting out with. I’ll get an Xbox One eventually, just not at lunch. The PS4 is launching with a bunch of games, too many to list out individually but follow that link and you can stuff yourself with super hi-def goodies. Me, I’m going with Skylanders, AC IV and Killzone. Yeah, two of them are already available on other systems but if I can push more pixels, why not do it? The third is because Killzone is gloriously stupid and sometimes you have to sit back and marvel at Teh Stoopid.

In non-PS4 news, there are still plenty of new games to enjoy on your busted ass, last generation consoles. First on my list is Ratchet & Clank: Into the Nexus

. The Ratchet and Clank series is very high on my list of favorite game series so there’s no way I’d miss this one. XCOM gets the Enemy Within

expansion which looks to bring a whole load of stuff to XCOM. Todd is worried about balance but Todd worries about everything. If you didn’t get your fill of beating up superheroes earlier in the year, the Injustice: Gods Among Us Ultimate Edition

comes out this week with a whole bunch of new content and skins and missions and dumb reasons why Harley Quinn could beat up Superman. I don’t know why LEGO had to come out with a line of toys specifically for girls as building isn’t gender specific but they did and now there’s a LEGO Friends

Let’s see, the list goes on. Sim City gets the Cities of Tomorrow

expansion so that you can make futuristic garbage collection services. Deadfall Adventures

hits the PC and the 360. Company of Heroes 2 gets a whole mess of new content, PixelJunk Shooter hits the PC, Contrast releases for the PC with the PS4 version one of the first free games for the PS4 for PlayStation Plus subscribers, Chivalry: Medieval Warfare gets the Deadliest Warrior expansion and Blood Knights releases for the PC.

Target – Buy two, get one free on all games. The free game is the cheapest one, in case you were wondering. Some Targets are selling some PS4 games already. Some PS4 games like Skylanders: Swap Force and AC IV come out on Tuesday, many come out on Friday. Amazon is going to price match this deal for four hours on Tuesday (9AM PSt – 1PM PST) so you can always beat the rush and just go that route.

Best Buy – Get $25 in reward zone certificates with purchase of three PS4 games. You can try price matching the Target deal at BB, but BB isn’t supposed to match it so YMMV.