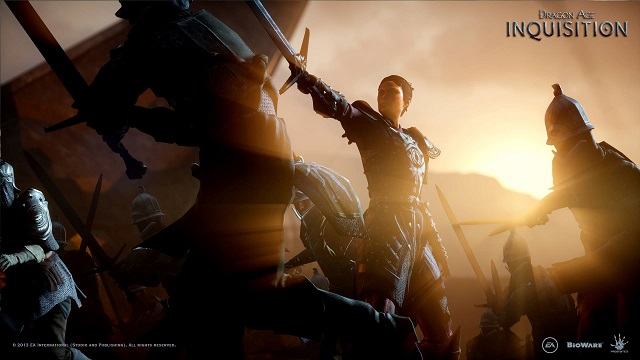 Here there be dragons. We’re jumping right in this week. There’s a 30-minute gameplay video of Dragon Age: Inquisition that has, so far, managed to survive YouTube scrutiny. It’s from Bioware presentation given to attendees at Digiexpo (whatever that is) and, for fans of the series, it’s worth taking the time to watch. Some highlights:

I’ve embedded the video after the break, along with your usual dish of Brakketology-style musings…

Go read the whole thing, but the short version is he’s done with it (the giving up) and that’s reason enough to be excited for whatever comes out of Mohawk.

The game behind the game. Speaking of having a look behind the curtain, Tyler Sigman of Darkest Dungeon, wrote up another piece for PA Report. This one is all about the gruntwork that must be done to prepare for announcing a game. This is more nuts and bolts than your usual peek back stage; doubly so because it’s for a game that’s still in development as opposed to a post-mortem. Here’s a snip discussing how they decided what to show of the game for the initial announcement:

At the time of announcement, we actually had a lot more that we could’ve shown. A working build, screen mockups and screenshots, design specs, concept art, etc. But we want a connected, involved fan base that we need to grow over the next year. We want people to bring some of their own hopes and ideas into the exchange.

We want to reserve the chance the change things. We want fans checking every week to see what’s up on FB, Twitter, darkestdungeon.com, and so on. If you blast everything out on Day 1, then the next meaningful news is only when you’ve hit some other major milestone. On the flip side, if we show too little, then people think you have An Idea and there isn’t A Game yet.

Our strategy so far has been to err on the “show little” side of the spectrum. But this is largely because the “Terror and Madness” trailer was the centerpiece of our announcement. Each week since we have been posting things, and come Kickstarter campaign time (expected Jan/Feb), we will do another huge push with lots of new reveals.

This is not an interesting concept with no real development chops behind it. These guys are pros, man. I have zero reservations about Kickstarting this game when the crowdfunding component goes live. (FYI, there’s also a quick blog update at their home site.)

You’ve got some red on you. I don’t really know anything about Redshirt (now available on Steam, GOG, and the Mac Store), but I think I should play it. The $20 price point gives me pause, but it looks hella fun. Anyone had a chance to check it out yet?

Gridiron grittyness. You know, but with cards. I’ve been a fan of Bill Harris since the days of Gone Gold and it’s been fun to read weekly updates about the odyssey that has been his endeavor to build a cool football-themed solitaire card game. The light is fast approaching from the end of the tunnel and, to that end, he’s hoping to get the game into Steam via Greenlight. So, go over there and help him out, will you? This is absolutely a game fans of Fairway Solitaire should be keeping tabs on.

Make this a movie, or at least a 30-minute short.

I want to see a full X-Men kitty squad. Wolverine should be no trouble, because, like, claws and stuff. Iceman might be tricky because if he licks himself he might start to melt. What about a Nightcrawler cat that BAMF’s up on top of someone’s head? It’s gold, Jerry. GOLD!