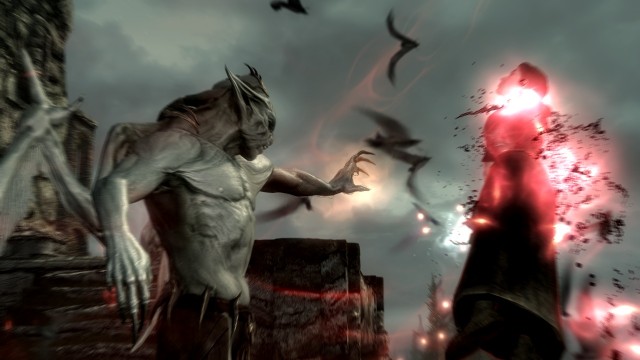 For reasons even I don’t understand, I recently started playing Skyrim again. That’s not entirely true. I fully understand the reasons. A friend got the legendary edition of the game, complete with all of the DLC, so there was no monetary price to pay to be able to get the rest of the achievements and obtain the same 100% I did with Oblivion. I say “monetary” cost as there’s a substantial cost still to be paid in time and self respect but when it comes to games I typically have plenty of the former and very little of the latter so back to Skyrim I go.

When you haven’t played a game for close to two years, coming back in can be a painfully disorienting experience, even more so for a game with such obtuse systems and interfaces as Skyrim. How do I equip things? Why does this button store one thing when looking at my stuff to put into a chest but takes everything when looking at what’s in the chest? How do I access favorites? Why would I want a favorite in the first place? Why am I just sitting in this chair? Where’s my wife? 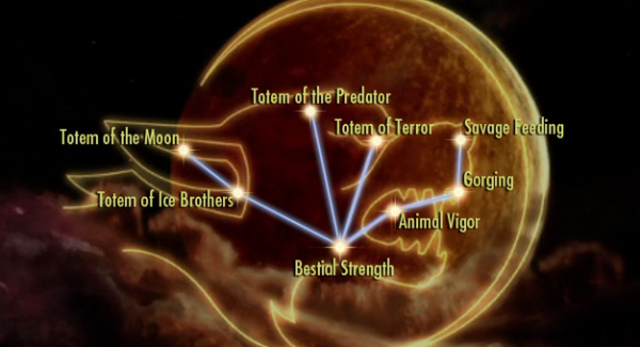 That last question is of particular importance because in order to get all of the achievements, I have to become a werewolf so that I can get all of the werewolf perks. I also have to become a vampire at some point and get all of the vampire perks, Bethesda plumbing the considerable literary depths of such classics as “Underworld” and “Twilight” for one of the DLC’s plot points. While becoming Head Companion, or whatever it’s called, I cured myself of lycanthropy because I was tired of not getting a resting bonus and of being told I smelled like a wet dog as I traversed Skyrim. The only person who can cure me is Aela the Huntress, who also happens to be the person I think I married.

I say think because from what I can tell, I’m married. I have the achievement and I have a wedding ring in my inventory. I wouldn’t have married Lydia because that would have been creepy. I didn’t hang out with any other women and I certainly don’t trust anyone in the Thieves Guild or that freaky club of assassins to marry one of them. A quick search of the house doesn’t turn her up which means she must be in my other home.

Unfortunately I don’t remember where my other home is. I also don’t know why I have a full set of orcish armor in my inventory. Such are the risks of two year absences. Lydia is around, doing whatever it is Lydia does when she’s not following me and getting killed, namely pacing, but Aela is nowhere to be found.

Fine, I’ll go find her. At this point, all of the “quirks” of Skyrim start flooding back. Unlike Fallout, where DLC was accessed by getting a new radio transmission and then heading to the place mentioned in the transmission or Dragon Age where DLC was accessed by purchasing it from Bonfire Bob, Skyrim starts its DLC by having people talk to you. Many people. All at once. 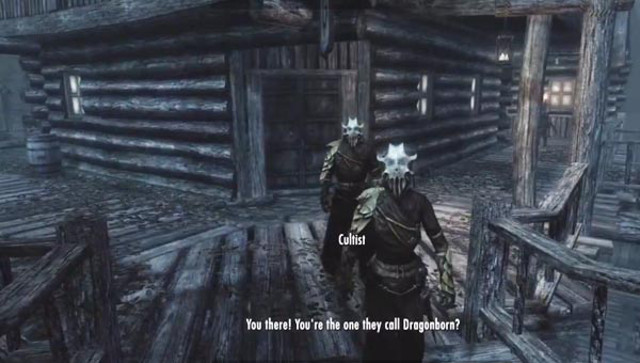 As soon as I left the house, here’s a courier telling me I can now adopt kids, an idea I can only label as “catastrophic” due to my inability to keep track of my wife and my general insistence on putting myself into situations in which men and beast alike want to kill me. Fine, whatever dude, I’ll swing by and pick up a kid later. Next up is a cultist. He wants to know if I’m Dragonborn. Yeah, I’m Dragonborn but apparently I’m not the “true” Dragonborn as he starts talking shit and then tries to kill me. This would have been fine if some huge Ebony Warrior guy didn’t decide to tell me that he’s got nothing to do at the same time that a summoned demon thingy is trying to show me my insides. I tell the guy that I’ll come fight him later, try to hit the demon, miss, hit the Ebony Warrior and now he’s also trying to kill me.

This parade of quest gives goes on in a similar fashion for a couple of reloads until I got smart enough to leave my house and immediately run away to put some distance between me and the Welcoming Committee. This works well enough and soon I have a new white arrow to follow once I figure out where my wife is.

I go to the Companion Hall thinking maybe I didn’t marry Aela and she’d be there. It was nighttime so I knew she wouldn’t be off doing whatever it is she does during the day but a quick rousting of everyone from their beds doesn’t turn her up. Bummer. Then I head to Riften because I think I bought a house there. I did and in it I find a woman I don’t ever remember meeting. Apparently she’s my housecarl, whatever that is. When I talk to her she doesn’t mention any spouse-y things, so I’m assuming I didn’t marry her, a good thing as shit was about to get awkward.

Defeated, I go back home to Whiterun and who’s walking around the house but Aela. I don’t have the option of asking her where she was the last time I was here so instead I ask her to make me a werewolf again. I also ask her for my cut on her store’s earning, a whopping hundred bucks. Don’t quit your day job, Aela. Newly beastified I leave Whiterun to begin my journey of eating dead people as that’s what it takes to become a better werewolf, eating dead people.

I’m not going to bore you with more stories of what has happened since I restarted playing but friends were made, people were eaten, friends were lost, dragons were killed and my Xbox locked up completely because Skyrim. The game is just as irritating and soulless as it’s always been, a series of trips to the Great White Arrow with instances of monster killing and pointless dialog in-between. Nothing happens if you don’t talk to people, the whole world sits still waiting for you to get up out of that chair and go adopt some kids.

It’s also satisfying to torch raiders and capture souls, to shout a dragon out of the sky and hack it to bits, to see what the next silly quest is going to be, to marvel at the landscape and the interiors. It’s Skyrim. It hasn’t changed. The DLC just adds more of it. It’s also a great game to play while exercising in the morning, which is the only time I play it. As this current generation winds down, I’m starting to run out of options for the morning so if I can wring another twenty to thirty hours out of the game with no cost to me, yeah, I’m going to do it. At night I’ll play all of the games in my backlog until March comes with its bevy of next-gen riches.

3 thoughts to “Wife-less in Whiterun”