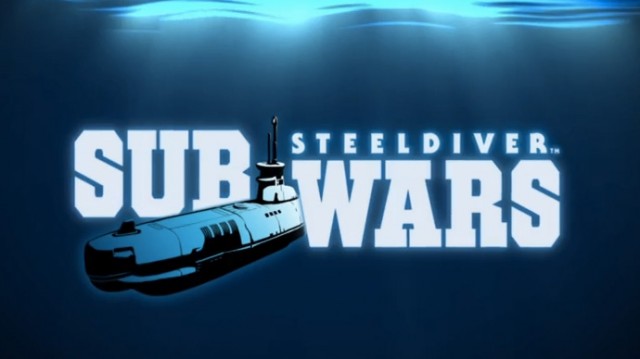 Nintendo’s new Steel Diver: Sub Wars, a freemium 3DS release, is one of the best and most unique games I’ve played in a while. In contrast to the original Steel Diver, which was a quiet, molasses-slow 2D vehicle shooter, the new game is a quiet, molasses-slow 3D vehicle shooter. There are a smattering of single-player, objective based missions with multiple difficulties and medals for performance but the four-on-four team multiplayer submarine battles are the main attraction. Don’t think this is another deathmatch. This game doesn’t care about how fast your twitch reflexes are and there’s not a thousand variations of a machine gun to put in your loadout and there are no killperks or whatever to choose from. What this game prioritizes are patience, suspense, nerve and sheer cunning.

The controls are fussy and sometimes even agonizing. Piloting the game’s well-rendered submarines gives you a sense of weight, mass and the physics of pushing a huge, steel vessel through water. You’re faster on the surface than in the water, but there’s more mobility- and less visibility- beneath. Check the map for the areas where there are ships. Ping the sonar. Use the periscope to look port and starboard. You actually hunt in this game. You can pull the throttle back for a full stop and you won’t be detected by enemy sonar so you can actually sit and watch that murky shape in the distance, judging how much of a lead you need to fire a slow-moving torpedo. Or you can get a lock and fire one of your limited homing torpedoes that will pursue the target- if they don’t switch on their masking device. Fans of 688 Attack Sub or Silent Service might be disappointed that the game skews more arcade than simulation, but the details are meaningful.

It’s all about getting into the right angle at the right deflection and timing your shots- ideally without the enemy ever even seeing you. In the game’s best moments, you’ll find yourself in tense situations where the cat and mouse roles flip-flop a few times before somebody is sunk. Your sub is damaged and your command screen is cracked, red lights flashing and klaxons sounding. Suddenly, you’re at an advantage and you fire. There’s a sense of relief when you get the message that your torpedo scored a hit. There are no headshots. These subs can take a beating. There are no respawns, but there are occasional repair kits that can keep you in the game if you can maneuver into them. Each match is three to five minutes long, which is correct for a handheld device. The big number on your sub is your current streak of won games, a cool touch.

I’ve had a lot of fun with the multiplayer- there is definitely a learning curve and at first it doesn’t seem like there’s much to it and it feels way too slow. That should weed out the Call of Duty crowd nicely. Once you get the hang of piloting something that does not move like a shark on rollerblades (in contrast to most modern first-person games), the strategic possibilities start to emerge. And when you’re in matches with other players that clearly know what they’re doing, you’ll find that there is a lot you can do with the limitations imposed on movement, shooting and visibility. Even team communication is under a compelling limitation- you can only contact your team with Morse code. I haven’t seen anyone bothering to tap out racial slurs or other abusive language.

The single player game is fun as well, although I’ve only played the two missions included in the freemium package. There are seven total, and each has three variations of increasing challenge so there’s really 21 total missions to run. One is a ring-run with some opposition that’s quite challenging since it’s focused on maneuver. The other is a simple “blow up the fleet” sortie where bombers will show up if you stay on the surface too long. Like many of Nintendo’s best titles, the focus is on replayability and challenge. You’ll want to go back to these missions to earn the top medals.

There are a ton of subs to unlock through these medals and levelling up in the multiplayer. There are paint patterns- all customizable in terms of color- and hidden crew members you can rescue. The crew add bonuses to your sub’s stats, and some of the higher level subs let you take on more sailors. The freemium hit is that many of the unlockables are not available unless you pay the very modest $9.99 entry fee. The multiplayer is totally free, as long as you’re OK with playing with just the first two subs. And you might just be.

I think it’s no small coincidence that Peppy O’Hare, the rabbit from Star Fox, shows up in the game to help promote the $9.99 freemium package. Because Steel Diver: Sub Wars in many ways feels like some long-lost game from the Nintendo 64 era. Or possibly even the late SNES era. There is that unmistakable sense of Nintendo charm, even though it’s nowhere near as highly polished as some of the company’s best output. Rather than polish, it has a sense of daring. It’s a very uncommon concept-a “contemplative shooter” as Iwata-san called in last week’s Nintendo Direct. Smart money would never bet on such a game to succeed as a retail, $40 retail release but it’s wisely free try and cheap to buy. I’d love to see more like this and I’ll happily support this fine release with ten bucks the next time I pick up the 3DS.