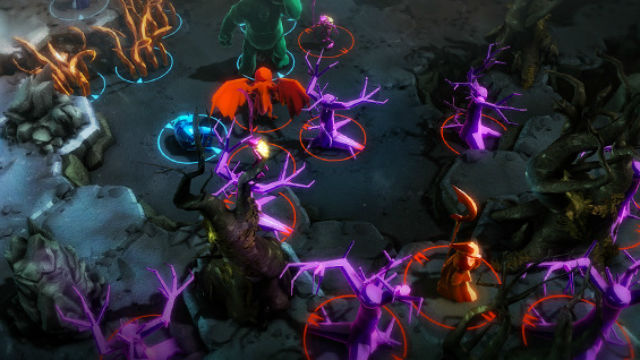 Those among you who are long-nailed and hoary-bearded enough to remember my initial posts on NHS may recall my fond reminiscences concerning an 8-bit strategy game called Chaos. I’m not sure how well known it was outside the UK, but its pedigree is sufficient that it’s well known among prominent games journalists this side of the pond and is a common target for fan remakes.

But the fan remakes can go stuff themselves, because the real thing is about to be updated. Its designer, Julian Gollop whose name you’ll likely recognise from the XCOM remake is kickstarting a modern sequel, Chaos Reborn.

I want to play this game. I need to play this game. I haven’t desired a game with such fervour since the manic buildup to Half-Life 2. But it looks like I might need your help to get it, since the kickstarter still needs about $65k with 15 days to go. Rarely have I despaired more of the tastes of the modern gamer.

Go back it now. I thank you. And when you get the game, you’ll probably thank yourself.

One thought to “Kickstart This: Chaos Reborn”