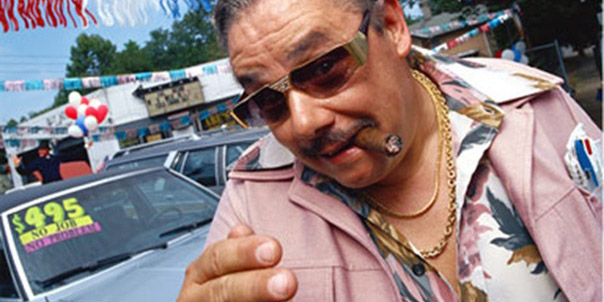 I recently had a moment of weakness. I failed a saving throw and started thinking about “backing” a Kickstarter “project” despite my sincere reservations and general animosity toward the shift the hobby and video gaming industry has made toward crowdfunding everything. I’m not quite sure how gaming consumers could not be tired of the seemingly endless parade of vaporware products sold on cute videos, pictures of prototype miniatures, a phony sense of exclusivity and of course the nonsense notion that you are somehow supporting creators’ dreams rather than just paying up front for a product that may or may not meet expectations. It’s a sad day and age when all of these carpetbagging hucksters shilling zombie dungeon crawl tactical skirmish miniatures games (with REAL metal coins) are making a kind of money that has eluded the hobby industry for a couple of decades now by selling games based on “stretch goals” rather than product quality and company reputation.

But I faltered. A couple of years ago, there was a very cool little dungeoncrawler that came out called Catacombs. Imagine something like Descent, but instead of grid-based movement and keeping track of piles of cards or whatever, you flicked wooden discs around the board to kill monsters. It was an innovative, quirky design that brought a dexterity element into the genre. It also became pretty hard to find. Elzra Games out of Canada launched a Kickstarter campaign for a new edition of the game with some rather controversial new artwork. Controversial, it seems, because some people wanted the game to carry on with the original edition’s tacky, archaic artwork rather than the more modern, Cartoon Network-influenced style. I liked the look of the new art, and it was just $55 shipping inclusive to PREORDER (not “back”, regardless of the bullshit nomenclature). There were a couple of “stretch goal” add-ons that were an additional $30, and I felt like I could justify an $85 outlay for a game that I’ve been wanting for some time in a new and improved edition with extras.

So I set about trying to fund the purchase, as always do, by selling some of my underplayed games. I kept an eye on the Kickstarter page, kind of waffling about it. Should I go ahead and PAY FOR THE GAME (not “pledge”, the liars) or just wait until closer to the end? Would more “stretch goals” unlock and make this an even better value proposition? Or maybe I should just forgo the extras and get the base game? Or possibly just wait to see if my usual online retailers get it in stock when the game is released, presumably in November?

But then, something changed. On April 7th, they added a new pledge tier, as if it were not always planned to be a part of the release. The Caverns of Soloth expansion was added, which meant that the over 1000 people “backing” this game , many of whom were in for the $85 or so to get everything offered, suddenly were looking at an additional pledge to get the expansion. The “all in” package is now $130-odd dollars US. And it does not even include the expansion’s board, offered as another “stretch goal” if the “project” hits $150,000. And get this- the expansion board is boldly noted as a “Kickstarter Exclusive”, which means you better put your money down if you want it. Or pay far more on Ebay later.

I don’t want to get too far into a dissection as to whether Elzra Games needs an additional $50,000 to print 1000 or so mounted boards or not, but the shenanigans here are clear. This is a bait-and-switch tactic more appropriate to a shady used car lot than selling a board game. People were offered a product with some optional additional purchases and they pledged money based on what was on offer under the assumption that they were getting it all. I would have done this myself. Now, the “buy everything” bar has been almost doubled. Sure- you can say “well, you don’t have to buy everything” or “those are optional purchases”. But the bottom line is that this company has lured customers in with the pretense that they’re making an $85 purchase for everything and then surprising everyone with an add-on purchase that shamelessly preys on the consumer’s desire to make a complete purchase. It’s one of those things that isn’t illegal or even necessarily immoral- but it’s the kind of business you’d expect from a shady used car lot, not the games industry.

So I won’t be backing the game- I’ll just pick up the game and the expansion when it hits retail distribution for 30% or more off of its Kickstarter price, thanks. I could not possibly care less about the “exclusives”, not when they are being offered by a company that is delicately towing the line between marketing smarts and a lack of integrity. It’s a shame, this is a good game that I’d like to see do well.

Which, of course, begs the question- does a quality product need Kickstarter in the first place? What happened to selling games based on what the product actually is rather than what it could be if enough people agree to pre-pay for a sight-unseen product? I do not entertain any discussion of Kickstarter that argues that you aren’t actually “buying” a product, you’re being “rewarded” for your support. Anyone that believes that this is the case is quite frankly, a dope that deserves to have their money stolen. You’re preordering products that used to be selected for production by a publisher, who would stake resources (as well as reputation) on what they are selling to the consumer. These Kickstarter “projects” are already far too often ending with a “well, shucks” concession to shameful marketing tactics or a mediocre product from both the game makers and buyers.

READ ALSO:  Cracked LCD- Spurs: A Tale in the Old West in Review

Witness Myth, a Kickstarter that recently shipped with a widely criticized rulebook and a pervading sense that the game was not quite finished and needed more time in development. Which is pretty par for course for a lot of Kickstarter games. Backers either roll with the company “fixing” their playtest copy game over time or shrug it off and argue that they can at least sell the game at a profit. Witness any number of Kickstarter games that had a big brouhaha in the run-up to the end of the campaign, released to backers, and have now quietly excused themselves from all games conversation outside of those trying desperately to validate their $200, $300 purchases through forums discussion.

I’ve watched the hobby industry take a beating for a couple of decades now and Kickstarter is a slap in the face to the people that have worked hard and taken financial and personal risks to make hobby games what they are today. It’s an insult to people that have worked hard to put out quality games when Elzra Games poormouths on their Kickstarter page that it’s a “full time job” to make their game, which basically means that your pledge is paying someone’s salary.

I’ve seen publisher after publisher struggle to come up with the Next Big Thing and then fumble trying to market what they think is the Next Big Thing. But now the Next Big Thing is another zombie game with miniatures and a $500 reward tier that lets you put your picture on one of the cards. I’ve seen game stores shuttered, designers give up, companies vanish and an overall self-defeatist assumption that there’s not any money in hobby games. Yet here are these Kickstarter projects like Catacombs pulling in $100k or more. And there’s video game “projects” raking in –millions. I’ve asked this before- where the hell was all of this money to spend on hobby games over the past ten years? How is it that people are now willing to buy games sight unseen without the benefit of a review, word-of-mouth or a demo game?

Part of it is undoubtedly the false democratization of the process, the phony belief that you are “pledging” money to help out a wing-and-a-prayer upstart make something that all of those Big Bad Companies would never produce. You’re a cog in the DIY machine that is going to tear down the other machine, I suppose, and every dollar helps Joe Designer make his dream of a space marine dungeoncrawl with deckbuilding elements come true. Doesn’t matter if Joe Designer has no fucking clue what he’s doing. Or if Joe Designer has no experience in producing consumer goods. You’re supporting games “that never would have been made”, man!

It’s pathetic that the industry is in such a sad state that even large, highly successful companies like Fantasy Flight Games are having trouble marketing big box board games successfully and their only real option is to develop product lines heavily reliant on small, serial purchases. It’s sad that people balk at the rising MSRP of games- the $50 big box game is dead, folks- but they have no compunction about pledging $130 or more for Catacombs. A light finger-flicking game that should be on shelves for $35 street. $70 with the expansion (and a NON-Kickstarter exclusive board).

So the finger turns to point at YOU, games consumer and potential Kickstarter “backer”. Why the hell are you doing this? If a random guy approaches you on the street with a brochure for some great game idea and says “I just need a hundred dollars, brother” do you give it to him? I sure as hell wouldn’t. So what about Kickstarter makes that acceptable, particularly when the people starting these projects can always fall back on the “we weren’t actually SELLING anything, wink wink” excuse? Why do YOU keep allowing companies like Elzra Games to run these kinds of campaigns instead of just selling us games the old fashioned way that supports quality, accountability and integrity?

A moment of weakness, and then resolve. I’m not backing anything. Which is kind of a shame, because I appreciate the DIY spirit of Kickstarter and I have friends and associates that have had or are running successful projects. But now that the games business has been pretty much overrun by endless Kickstarters, I’d just as soon see the whole scheme burn to the ground.

One thought to “Cracked LCD- Hey Kid, Wanna “Back” a Copy of Catacombs?”