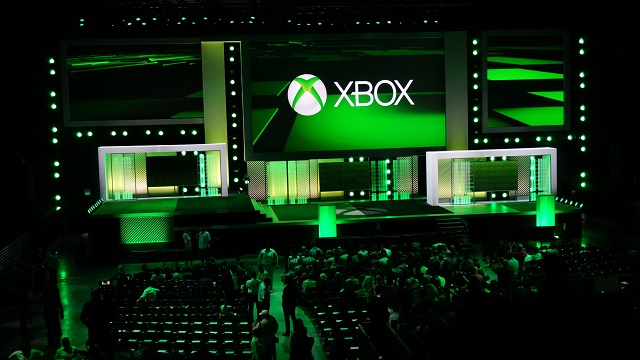 So, E3 is happening. Over Monday and Tuesday there were pressers and demos and a Brinks truck loaded with video. There’s always one or two things to stand out to me from these events, but the topic that’ll stay with me for awhile is maturity and the strange dichotomy in which this industry (fans included) needs more of it yet sometimes fails to recognize it when it appears. There are two catalysts for this post. One is the all too predictable trolling of Danielle Riendeau’s 100% on-point and valid piece on the lack of female presenters during the major press conferences. (Hat tip to the excellent work Danielle is doing at Polygon. We miss her a ton!) The other is a post from “Ashelia” on her Hellmode blog, defending the teaser trailer for the next Tomb Raider game against attacks that it’s made a victim of Lara Croft. (Apologies that I don’t have a real name to attribute to Ashelia.)

Originally, this post was mostly about Tomb Raider and a bit about Brothers and not laying charges of sexism where they don’t exist because it does disservice to those examples of brilliant work this industry is capable of producing. I can’t, in good conscience write on this topic without first calling attention to this sort of abhorrent behavior and state outright that when someone like Danielle speaks out on this topic and meets an ill-considered, reactionary response like this that it is all of our responsibility to condemn it in no uncertain terms. I don’t want these troglodytes, these soulless imbeciles, carrying the torch for who we are as gamers. I know we’re better than this. You know we’re better than this. But unless we slam the door on this sub-human behavior we’ll remain defined by it. And in case you think I’m overstating, enjoy this piece of human filth: 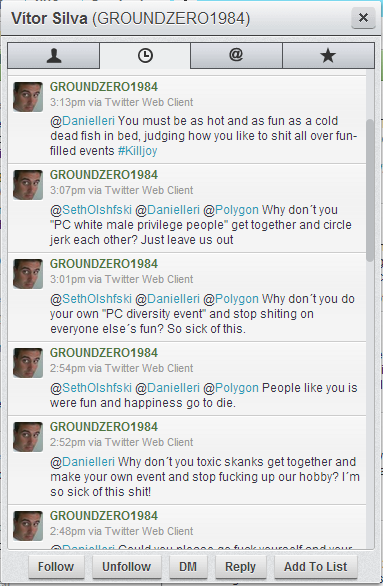 Now, the flip side of the coin is the Lara Croft: Rise of the Tomb Raider teaser:

Evidently the reveal of Lara Croft sitting in a therapist’s office, clearly dealing with trauma has somehow struck a nerve with some people who think the character is being diminished for the sin of being human. Now, before I go further on this, let’s all agree that we don’t know what kind of game this will be. Sure, Crystal Dynamix isn’t going to leap miles away from a very successful formula they established, but you can’t watch a 2-minute clip that doesn’t show gameplay or story and have any idea what the game’s merits are going to be. The problem is that the ideas expressed in this trailer should be celebrated by those who want to see more maturity in gaming. We need more games in which the protagonist pays a price for enduring trauma, yet carries on. Again, read Ashelia’s piece on this. (Update: Susan Arendt just posted a good one as well.)

READ ALSO:  Cracked LCD- Uncharted: The Board Game in Review

This question of how you can or can’t portray women, races, or any other group, minority or otherwise, in games an important one. And nobody, no matter how deep their insight, has all the answers. Just as importantly, no one answer will suit every scenario. It’s in these, often well-intentioned cases, that the mere appearance of anything resembling a stereotype in a game automatically equates to that game embracing misogyny or racism. It’s a red-herring we should avoid embracing at all costs.

A few months ago, I read through an online discussion in which several participants (of both genders) felt Brothers is a horribly sexist game because the primary female characters in the game are victims (the mother and the captured ogre) or, by her nature, a deceitful predator. And, yes, these are very nearly the sum total of female involvement in the game. But does that make it sexist? Is one of its subtle themes that women are weak and duplicitous? I’m sorry, but no sale.

The tricky part regarding accusations of misogyny and racism in games is that they’re serious business. People put their heart and souls into making these products happen. If you don’t like a game, it doesn’t speak to you, or you think the design is bunk, that’s one thing, but to accuse people of engaging in something so ugly is entirely something else. That’s an accusation that sticks fast and is very hard to remove, so if you’re going to do it, you damn well better be certain about it. And the fact that Lara Croft is in a therapist’s office with obvious symptoms of post-traumatic stress disorder, or that a game called Brothers is focused on male relationships doesn’t mean some group of white dudebros in a writer’s room are telling you that women are weak or deceitful.

It’s impossible to avoid all potential stereotypical pitfalls, 100% of the time. What matters is context and the benefit of the doubt in any single case should be the rule rather than the exception. (And, no, Assassin’s Creed: Unity does not get benefit of the doubt for the all-male cast of player characters. Opportunity… blown.) The rebirth of the Tomb Raider franchise does not diminish Lara Croft by giving her depth and perhaps a little human frailty. It’s those very additions to her character that make her so much more amazing than in any previous incarnation. This is a Lara Croft that feels pain, fear, and desperation, and still she pushes forward, beyond the bounds known to the rest of us lesser people. Did anyone think less of the Tony Stark character in Iron Man 3 because he hadn’t gotten over the events of the Avengers? This glimpse into the next Tomb Raider makes Croft ever more the hero, because we know that whatever the adversity, it will be a story about her overcoming it.

There are obviously exceptions to the rule. The Witcher 2, much as I love that game, falls into some uncomfortable areas. It is possible to make a game that takes place in a misogynist world without endorsing misogyny and I think Witcher 2 largely succeeds in that. There are moments in it, however, lingering scenes where what should be clearly repugnant behavior makes you wonder if some in the design department instead found it titillating, which is troubling and awkward and the mere moment’s reflection upon it immediately takes away from the game. I can’t state how how much I want to be wrong about that.

In other games there are elements that are more obviously shameful and the work of minds in desperate need of maturation. Dead or Alive, anyone? I know, I know. Too easy. I also know Bayonetta is largely regarded as a strong female heroine, but I could never get over being told by a male designer that, “her clothes are her magic hair,” and that’s why she seemed to turn nude every so often. Because, magic! And why exactly did Bioware, a pretty progressive developer, feel the need to give Flemeth this particular makeover in Dragon Age 2? Crazy sack-wearing swamp lady to smoky dominatrix because, oh, that’s just the unreliable narrator of DA2… err.. fluffing up his imagination. Riiiight.

That is what makes the piece Danielle wrote important and relevant. There was nothing wrong with any single white male being up on stage to tout game X at E3. But when you look at the whole thing, the balance is unmistakably off. And don’t tell me it’s because dudes play games and chicks don’t or because it was all design leads and CEOs making the presentations. Make that argument in 1992, if you must, but it’s outdated in 2014. Change does take time, but by now we should see more heterogeneous representation, especially at the highest level of game publishing.

Wherein, then, lies the balance? When do wet let the innocent go without comment and when do we speak? Damned if I know, but it’s a line we should all be working together to define because, yes, we need better examples of strong women in games. We need to see better portrayal of people of color in games. We need more authentic depictions of homosexuality in games. But not in every game, all of the time. What we need is balance. And in the mean time we should praise efforts to raise the bar for maturity (real maturity) and inclusiveness in games while still poking the industry with a stick at every corner, because, yes, they absolutely need to know when they feature more decapitations in their press presentations than women speakers on the stage. And when the worst offenders of the worst sorts of stereotyping sludge out from their depressed hovels, we absolutely should call them out. But as progress is made, as it has been, as it will continue to be, let’s not throw under the bus those games and people who’s only crime are telling a story that doesn’t have room to address every cause. If we truly want a big tent, there should be room for a little bit of everything.

37 thoughts to “Maturity, Inclusion, and the Game Industry in 2014”