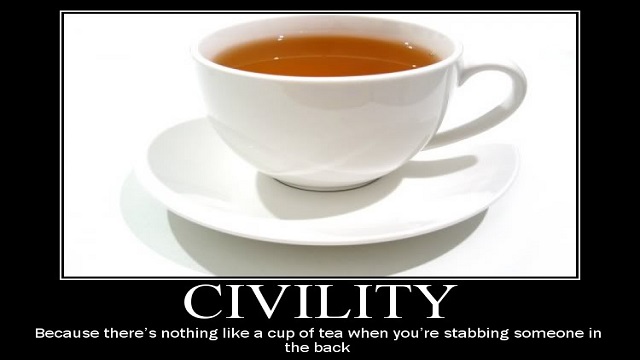 A few months ago I wrote a piece that was ostensibly about maturity in the game industry, but that was really about trying to define what is and isn’t sexism and misogyny in games. Yes, I uncategorically condemned online harassment. Yes, I absolutely supported the idea that the gaming industry desperately needs to grow up and become more inclusive. But I also wrote that the mere appearance of sexism doesn’t make something inherently sexist. I wrote that it’s impossible to avoid stereotypical pitfalls 100% of the time and that its surface appearance, which absolutely should be open to analysis and criticism, also shouldn’t come to define the entirety of the work. I wrote that we can better see the real problems the industry has with inclusion by looking more at the aggregate than the specific.

I was making the wrong arguments…

Don’t get me wrong, I still believe those things, but as I actually open my eyes and pay more attention, and in light of some of the truly abhorrent events of the past weeks, I can see just how much this argument truly does not matter. Not right now. There is no point in debating the topic at that nuts and bolts level when the peanut gallery can’t even agree that it should be out of bounds to threaten the bodies, lives, and families of women who dare to have publicly-expressed opinions about gaming.

I was naïve as to how bad it can truly get. There is no other word for it. Sure, we’ve all seen horrifically moronic, hate-filled comments posted beneath all manner of articles on all manner of subjects. It’s disgusting and depressing, but that is nothing new and we’ve largely managed to get by in growing a thicker skin and understanding that words only hold as much power as we give them. But that attitude can only take you so far. There are lines being crossed that go beyond sticks and stones. There aren’t words to describe this…

That’s from Anita Sarkeesian’s tumbler. That hate is coming her way for what reason? Because she had the unmitigated gall to create some thorough, professionally produced, and thought-provoking work on Women as Tropes in gaming. Work that was crowd-funded in a wildly successful Kickstarter campaign that rose to six figures against goal of just $6k. (I’ve embedded the first two parts of the most recent set, Women as Background Decoration, at the end of this post. You don’t have to agree with every example used in these videos to understand the accuracy of the broader point and these videos are required viewing if you want to even begin to form an opinion on this topic.)

This harassment isn’t even the tip of the iceberg. At best it’s a few steps from the base. The tip is where people, decent people who are getting by doing the best work they can in and industry they want to love,  are having personal accounts hacked and publicized, the accounts of friends and family members hacked and publicized, having their home addresses published alongside threats to their lives. It’s surreal. Most of you already know the most recent events, and if you don’t there are plenty of quality places to go to learn more. Try here and here if you want to get started.

So why am I writing this? What do I have to add? Unfortunately, not nearly as much as I’d like. I suppose I’m posting this in part because although I don’t specifically disagree with what I wrote before, I can’t in good conscience let that be my last word on the matter; not when I’ve come to realize that half the core argument is irrelevant. It’s minutiae that, in this climate, is not worth the page space I gave it. I mistook the forest for the trees and I regret it.

Mostly, however, I’m posting this because I want to do and say something and I don’t know what else I can do. Even standing on the distant periphery of it all, this ongoing savage injustice frustrates and saddens me on so many levels I don’t really even know how to process it. I feel impotent and less than useless in the face of it. So, however small this particular pool, it’s the most public place I have to say that I stand with the people calling for tolerance and inclusion. I support them in word and I’m going to begin supporting them by whatever other means I can, including backing their work in venues like Patreon and Kickstarter. I hope that you do as well.

This has also all been a sharp reminder that I’m raising two young children who are growing up in this world and that guiding them to be better than all of this is perhaps my most important contribution. I want my daughter to know that her dad has her back in whatever she chooses to do in life and that she’s strong enough to face down whatever or whomever would stand in her way. For my son I want very much the same, but I also want him to understand that this cacophony of Internet hate-mongers do not represent what it is to be a man. I want him to understand that empathy, patience, and tolerance are not weakness, nor are faux-bravado, intimidation, and threats strength. If you have or will have children you have a responsibility to guide them, as best you can, not to be a part of this problem. Sadly, our most realistic path to a future better than the present is to grow our way out of it.

One final note, the latest straw man from those who don’t like what these women have to say is to call them corrupt; to call the entire games journalism profession corrupt. I’ve only ever skimmed the surface of game journo circles, but I can tell you with 100% conviction these arguments are asinine. There is shoddy work out there, yes, but the notion of widespread corruption is a fallacy. Isolated examples will always exist, but don’t confuse the poor work of some with corruption. There is a difference. And what’s truly bizarre is that it’s the best, most brilliant  people out there that are, perversely, under the most severe attack. It’s  their work that, if you agree with it, needs your support in whatever way you’re able to offer it. If you don’t agree with it, at least stop and think about how you respond to it. What cause are you furthering? What message are you conveying? If you have (or someday might have) a daughter  (or son) would you want her (him) to see what you’re putting out there? If your only goal is to tear something or someone down by any means necessary then I sincerely and wholeheartedly beg of you — just back away from the keyboard and let it go.