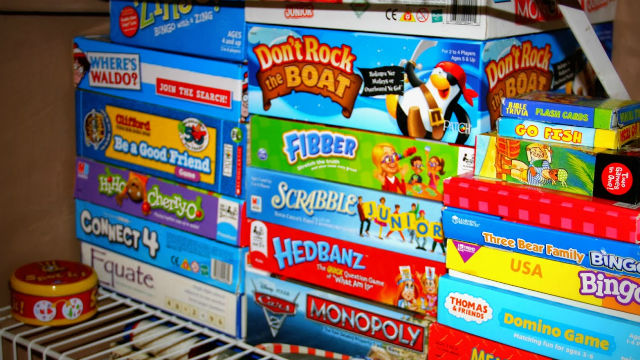 Another year, another end of year wrap piece. Time to reflect on the past 365 days as you force down another sweetmeat and another glass of cheap sherry and then to wonder what the future holds.

This has not been the best gaming year for me, personally. Not just in terms of titles released but in terms of finding opportunities to play. For one reason and another, I just haven’t spent the time at the gaming table I’d have liked.

That makes me sad. Real life is important, of course, but you only get one shot at it, a thing I’ve become increasingly aware of as the years slip past. Since gaming is one of my favourite things to do, I ought to be able to find more space for it. Other things just always seem to intervene.

So I look at my collection, much of which is gathering dust in the attic, and wonder if I’ll ever play most of them as many times as they deserve. Or that one day I might look back and regrest not making more time for my favourite things, which so often get lost in the push and shove of family life.

I guess that’s a game in and of itself.

Anyway, enough of the melodrama. This long preamble is setting up the point that a lot of the games I’ve played this year just haven’t lasted beyond the required review plays. Not because they’re bad games, just because they weren’t quite good enough to elbow their way in to a very crowded itenerary.

But when I looked back on what I’d played this year, I conveniently found that there were exactly three games that had broken that trend. Three games that had forced themselves back onto the table after I thought I was done with them by virtue of their brilliance. I was also exceptionally surprised by what they were. Can you guess?

READ ALSO:  Why the Internet is Full of $#!t About Destiny’s Story

Before I reveal all, I wanted to mention something that’s been bothering me more and more in recent years. I’m just not seeing as much fun in new titles as I used to. I still want to game as much as I ever do, but that itch of excitement when you read a preview or tear the shrinkwrap has gone.

The problem, I think, is that game design has become a process of iterative improvement rather than fizzing creativity. When I got back into board gaming at the turn of the millenium, the design community was still buzzing with the influx of ideas from Germany. Over the next few years, recombining this new paradigm with the traditional American model of gaming proved a fertile furrow.

Now, those ideas seem to have run dry. Genre-breaking games seem to be few and far between. I think this is because, with the market glutted by kickstarter titles, we’re near the limits of what can be done with mere card, wood and plastic. Newer titles are, for the most part, still a step up on older ones. But the improvements are so small, it’s not worth the money or the effort to acquire and learn them over existing games.

We’re done with the misery. On to the awards. 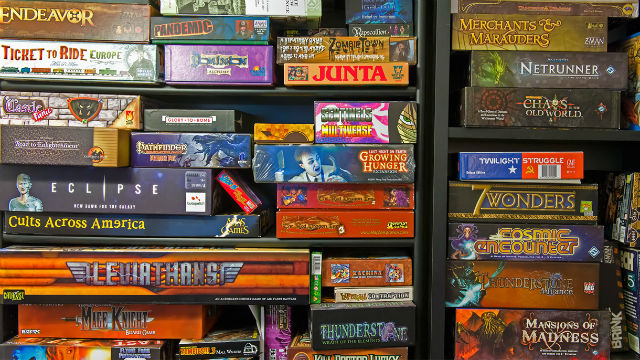 Don’t judge games by their boxes. I was put off the original game in this series, Screaming Eagles, by the small publisher and the bad art. Then, while it had its supporters, it didn’t seem to gain much fan traction either, so I wrote it off.

That was a serious mistake. I enjoyed its perfect blend of realism, accessibility, tactics and excitement so much that I played it solo, something I never do. I enjoyed it so much that I went right out and bought Screaming Eagles second hand in case it never got reprinted. The components still suck, but these may be the best tactical wargame rules ever made.

This was the real shocker. In many respects, Splendor represents a lot of what I dislike about modern game design. But it keeps coming off the shelf, again and again. And it keeps finding its way into friends collections, again and again. It’s a keeper and, on reflection, one of the best Eurogames I’ve played.

While everyone was mistakenly raving about the way Five Tribes had cross-hobby appeal, Splendor was quietly doing just that in the background. It has one page of rules, can be played competently by my 8-year old, yet is challenging to win at consistently. It’s got gorgeous pieces, a smidgen of interaction and can be completed in 30 minutes. When you step back, what’s not to love?

Ok, so I’m cheating slightly. But in terms of table time, this is the undoubted winner this year. I thought I was done with role-playing games. I thought over-heavy rules and anti-social players had ruined the genre for me forever. Then fifth edition came along and reminded me of just how amazing, how limitless and soaring, role-playing can be when it gets things right.

I have never seen a rules system which achieves so much with so little. Yes, there’s still lots of spells and magic items and stats to remember. But the actual play mechanics are lean and mean, yet manage to cover almost any situation, allowing groups to mine whatever rich seam of fantasy they choose. I’m so looking forward to where this system is going to go next year. More so than any board game in the pipeline.

Speaking of which, I guess I spend enough time iOS gaming nowadays to make a best of year list for that platform too. I have an odd love-hate relationship with my iPad. Part of me longs for the hours and hours of total engrossment that only a AAA PC or console game can provide. On the other hand, in a busy life I’m grateful that I can now enjoy such excellent bite sized gaming.

It feels like 2014 is the year mobile gaming came of age with meaty franchises and big studios finding their way to the app store. But these are the top of the pile for me, staying installed long after their peers have been deleted.

I’m a big fan of rogue-like games but the classic model doesn’t tend to port well to tablets. It’s too involved, too stat-heavy. Hoplite hit the nail on the head by reducing the genre to a kind of puzzle game, with role-playing elements. It sounds dull, but isn’t, because the procedural generation ensures every puzzle is unique.

FTL may be the most perfect game in the most perfect genre ever devised, an endless story generator with strategy and role playing thrown in for free. I’ve yet to beat it, even after about twenty hours of play time. And I’m still trying, even after about twenty hours of plat time. This might be number one, were it not marginally better on PC than tablet.

FATtie Erik Twice has asked me several times why I complain about it all the time on social media, when I profess to love it. The answer is simple: it’s the same reason drug addicts complain about crack. Addiction is a terrible thing, but it doesn’t make the high point of the trip any the less sweet.

One thought to “Thrower’s Tallies: Games of the Year 2014”