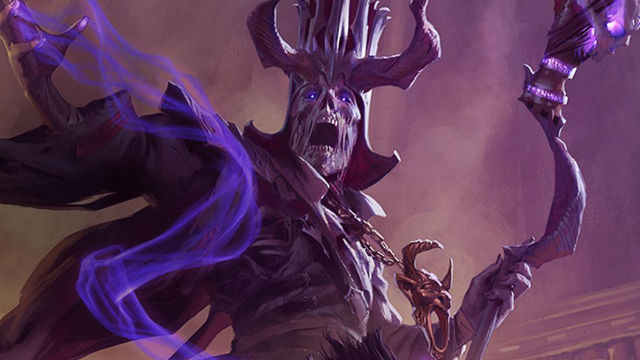 I’ve always been amused by the way player and dungeon master materials swapped size between the 1st and 2nd editions of D&D. With first edition, it seemed obvious the DMG should be bigger than the PHB. With second, it seemed equally obvious that the opposite should be true since everyone ought to know most of the rules.

That pattern has persisted with 5th edition. The new Dungeon Master’s Guide is a chunky enough tome to make it appear worthy of the asking price, but slimmer than the Player’s Handbook. What have they put inside?

The answer is a sometimes uneasy blend of advice, fluff and rules. The delimiters between theses types of material are often not clear. So you’re apt to find an important table nestled amongst, say, basic advice on dungeon building for neophyte GM’s.

This lack of struture is the biggest problem with the book overall. It feels as though the authors were never sure what the target audience for the book was, or how it might be used. There’s a lot more hand holding for new dungeon masters than I remember from previous editions. Which is great for newcomers, but conversely, it makes for a lot of material which is going to be almost entirely irrelevant to experienced players.

The best stuff by far is the fluff. There’s a lot more detail on the presumed overarching detail of the Dungeons & Dragons setting than I’ve seen in a core book before. All the inner and outer planes get a brief overview, as do the most common campaign settings. You don’t have to use any of them. Indeed the book offers copies advice on how to construct alternatives. But most veterans will lap this stuff up.

Those who recall earlier editions of the book will remember the reams of near-useless tables for randomly generating things. I was initially dismayed to see that they’re back in fifth edition, but there’s an enormous difference. This time, most of the tables are actually quite good. At worst they make decent spark points for your imagination to build on. At best, such as the dungeon generator, they’re good enough to slot in to pre-prepared play.

There are also a lot of optional rules. Plus advice for tweaking existing rules and creating monsters, classes and items without breaking things. Again, how much you want to make of this is up to you. Personally, I like the relatively rules-light approach this edition takes, allowing the story to drive instead of the mechanics. But if you want lots of add-ons and extras, they’re here.

So it’s a mixed bag, but on the whole, the good outweighs the mediocre. It’s a big boon for people relatively new to being a Dungeon Master. Where I struggle a little is why an experienced role-player would want this over the stripped down free version you can download from WotC. There’s a bigger list of magic items, with some wonderful illustrations, but anyone who knows what they’re doing is capable of winging the rest of it if necessary. 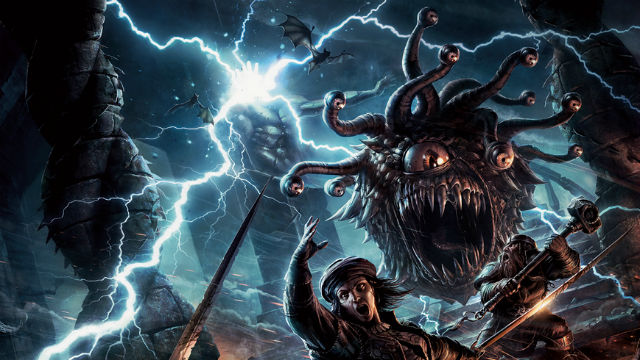 The same cannot be said for the 5th Edition Monster Manual. It is possibly the best (although not the most important) book in the core set and the only one I read from cover to cover before use.

There’s so much to love about it that I hardly know where to start. How about with every monster getting its own full-colour illustration? Then follow that up with great descriptive text, giving insights into the societies and habitats of the creatures, a reason for them to be in your world and antagonise your adventurers. It lays a wonderful veneer of reality over the pulpy fantasy beneath.

The choice of included monsters is also excellent. In place of the overwhelming plethora favoured by previous editions, this presents a sensibly edited selection. There’s an excellent variety of challenge and type, and not too many entries that seem like rough duplicates with slightly different names and stat blocks. One or two oddities slipped in, like the Flumph. I mean, has anyone really found a use for the Flumph in a game?

If this weren’t enough, there’s a new option for legendary monsters. It’s easy: they get extra “legendary” actions in combat and, if on home soil, additional “lair” actions too. Since most player characters only get a few actions per round, even at higher levels, this makes legendary foes very powerful with a minimum of rules. Frequently-used villains like dragons, liches and vampires are legendary by default but there’s nothing to stop an inventive DM extending it to make an adversary out of any archetype they choose.

One change I’m unsure about is the removal of life drain, that dreaded ability of certain undead to lower the experience of player characters. It was overpowered in previous editions, sure, but it gave undead a unique level of threat and a real reason for the players to fear them. It’s been replaced with necrotic damage that can’t easily be healed without prolonged rest. Nasty, but not in the same league. I’m sure they must have been a halfway house that could have been adopted.

Undead also showcase another interesting change, which is that certain monsters have drastically altered power levels. There’s nothing intrinsically wrong with this and in many cases it makes good sense. But it makes it slightly harder for DM’s to adapt scenarios from older editions by replacing like with like.

You can fall back on the dry stat blocks in the free DM’s rules if you need to. But with so much excellent art and flavour text to add depth, colour and challenge to your campaign world, this is a book few DMs are going to want to be without.