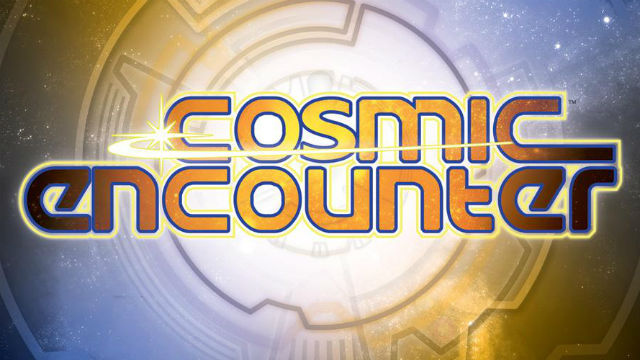 Cosmic Encounter was one of the first hobby board games I owned, back when I was a teenager. It was the Games Workshop edition. I can still remember being baffled by the rules. It looked and smelled like a conquest game: there were battles and alliances and units died. But what the hell kind of conquest game made you draw and card to determine your target instead of you picking on the weakest player? Where was the fun in that?

Oh sure, you could still make alliances. The encounter each turn with your random opponent allowed each side to invite people to help out. Sure, there was still excitement, with combat determined by the number of ships on each side plus the play of a numeric card. And the draw of a different alien power for each player was a fascinating idea. But where was the sense of narrative, of slowly building friendships and enmities?

It had rave reviews so we played it anyway, and it fell flat as a pancake. We played a couple more times, waiting for excitement to leap out of the box like some snarling predator. But it never came. It quietly went back on the shelf, and I went back to miniatures and role playing.

Fast forward twenty years and Fantasy Flight released a new edition. And again, it got rave reviews. So I figured I owed it another chance.

This time, when I read the rules, the acclaim made more sense. I still couldn’t understand why you drew a card to determine your opponent for the turn. But this edition had more and better aliens for the players. Each with some ludicrous powers which recombined to make an ever shifting strategic backdrop. It had flares, special power cards that were missing in GWs neutered version of the game. They add a lot of flavour, variety and excitement. It had more interesting combat cards, with things like reinforcements to add tension to negotiation and combat.

And it was better. No doubt about it. But we played it, and it still felt lacking in a certain something. It still looked and smelled like a conquest game. But compared with its genre peers it felt brief and tame. There was little trash talk. Little sense of the epic.

So away it went again, but this time the box nagged at me from the shelf. The game that so many praised to the heavens was in there somewhere. I could feel it lurking, like treasure buried beneath the silt of a river. I just couldn’t figure out how to grasp it and pull it forth into daylight.

What might help, I figured, was seeing experienced players get down to it. But everyone I gamed with seemed as clueless as I did. Until, that is, the Shut Up & Sit Down team posted a video of how they played.

Watching that, the missing piece of the puzzle finally clicked into place. Cosmic isn’t a conquest game. It does look and smell like one, but it isn’t. 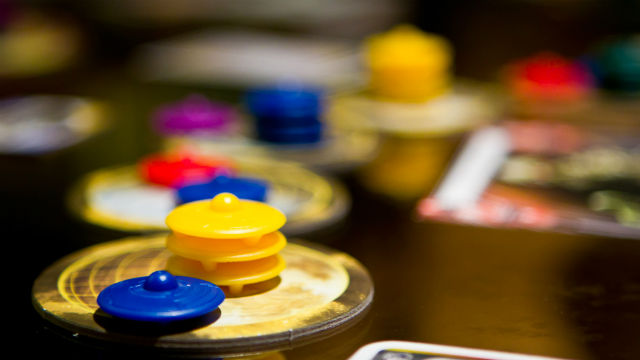 Cosmic Encounter is a negotiation game, pure and simple. What’s more it’s an early European style one, before the first actual Eurogame and way before those games got buried in an avalanche of mathematics. It’s just that in Cosmic you’re negotiating over lives and territory, instead of florins and crates of sauerkraut.

The enabler of this brilliance is, of course, the random selection of an enemy each turn. There’s no long-term alliances in Cosmic because, just like in finance, it only hurts if you hold on to them. If you’re buying and selling it doesn’t matter who sold you what yesterday, or whether it made you a profit. All you care about is the deal on the table, right here, right now.

It helped that I had some expansions on board this time round. The two most important are Cosmic Incursion and Cosmic Dominion. Both have the best aliens of all the available expansions. Both have 32 “reward” cards which can be drawn by players who ally on the defending side in an encounter. Reward cards work like normal combat cards, but are more powerful and add a lot of zest and variety to the game. They’re a great addition because allying with the defence isn’t the most attractive proposition in the original, since it does nothing to help you win the game.

There are other expansions, too. The only other one I’ve played is Cosmic Storm. This set got a lot of flak for featuring a poor line-up of extra alien powers. Some of them do look to be poorly designed. Some others look to be close copies of powers from other expansions. But there are a handful of good additions on offer. Plus the set features space stations, which are a bit like another alien power you can wield, tied to your ownership of one planet. While the selection of just ten gets repetitive these are otherwise a great addition, adding an element of tactical position to the game. You now have one planet you especially don’t want to lose.

Cosmic Encounter has its own special alien power, the power to fascinate. Some gamers are so hooked by its exotic intoxication that they play hundreds of games, rarely playing anything else. With so much potential variety, so much interaction in the box, it’s not hard to see why. I don’t think I’ll ever be one of those fanatics. Somehow the game feels a little too brief, a little too convenient. But I’m glad I understand where the game is coming from now. It’s brilliant and unique, and it’s hard not to love a game that lets you play as The Filth.