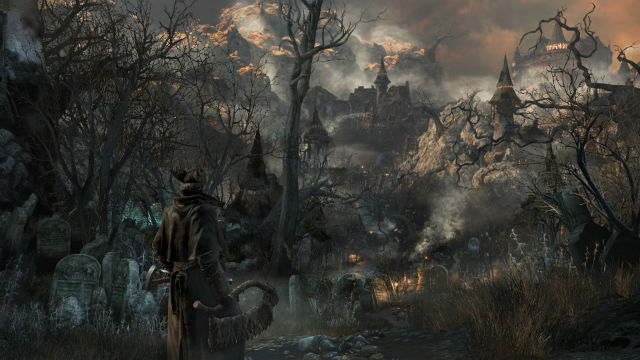 One of the unexpected effects of regularly reviewing games is how jaded I’ve become. It takes an enormous amount to impress me nowadays. And even for titles that make the grade, it’s rare that they grip me for a long time. Readers demand novelty, so the old makes way for the new.

Sometimes a game still gets its claws in me and demands play time in the face of all competition. The last video game to achieve that was Hearthstone, early last year. The last board games were Wiz-War and X-Wing back in 2012.

It’s even rarer, though, that an unreleased game grabs my attention. Years of exposure to marketing hype has given me a tough crust of cynicism. The advent of Kickstarter and the ensuing failed promises have just made it thicker. Nowadays, I take nothing about a game at face value until I’ve played it and confirmed it for myself.

I can’t even remember the last time I was dizzy with anticipation about a game.

So it’s remarkable that over the last couple of months, one title has managed to break through. That game is Bloodborne, the spiritual successor to Dark Souls from the same design team.

The latter game transformed my understanding of what a role-playing game should be. It was a blend of genres I’d always wanted to see, a game that felt like real-life fantasy combat combined with the salivating skinner box of experience and levelling up. It was brilliant, but often the deliberate difficulty curve got too much.

Early reviews of Bloodborne make it sound like it’s solved that problem by giving players more information and an easier time early in the game. Then ramping up to the more brutal levels expected once players have adjusted. It seems an excellent solution. Plus, the rich graphics, emphasis on offense over blocking and obvious horror theme had me hooked.

The trouble is, I don’t have a PS4. So I can’t play it. And there’s no way I can justify buying one when I’ve still got Gears of War 2, Halo 4 and Red Dead Redemption I want to finish on the 360. Not to mention Dark Souls, which I’m only half-way through.

So I’m left hanging in a trap of my own construction. It’s something I remember well from my teenage years when I just couldn’t afford most of what I wanted. There’s nothing for it but to knuckle down and carry on, trying to ignore that awful itch of desire. That’s what being grown up is all about.

I understand all that. What I didn’t expect was to find that wanting could be so much fun.

It’s the same principle as the ascetic. In denial, one learns to find satisfaction in self control. Except that this is a thousand times better because I know that at the end there will be a sweet reward. There will be a time that I can cave in, get a new console, and enjoy my game.

And when I do, I’ll enjoy it all the more for having waited.

Finding this unexpected pleasure made me yearn for the days when it happened more often. Because make no mistake: this isn’t just about being a games writer. Fans and commentators alike have been decrying the lack of innovation in big-name titles of both video and tabletop games for years. That’s what’s at the root of the malaise lingering over the current console generaiton, at least until Bloodborne came along.

While there’s plenty of creativity amongst independent designers, arguably it takes a big game to engender a big sense of desire. It takes overwhelming production values and an enormous potential play time. It takes a certain level of marketing polish, too.

Other media have already been through this. Blockbuster cinema was floundering a few years ago. That empty space summoned forth white knights to fill it, and alumni like Peter Jackson and Christopher Nolan answered the call. I’m not sure who their equivalents might be in the video gaming world, but I’m confident the increasing interplay between big studios and small developers is going to throw up some surprises.

Who, though, is going to break through the tabletop barrier? If my money was on anyone, it’d be Rob Daviau or Vlaada Chvatil. But we’ve heard nothing big from either of them for ages. I hope one of them, or someone else, delivers soon. I want to feel that sharp hope of hype about a cardboard game at least once more before I die.

If you enjoyed this piece and would like to see more comment and analysis from the author, please consider backing him on Patreon. Every dollar helps.