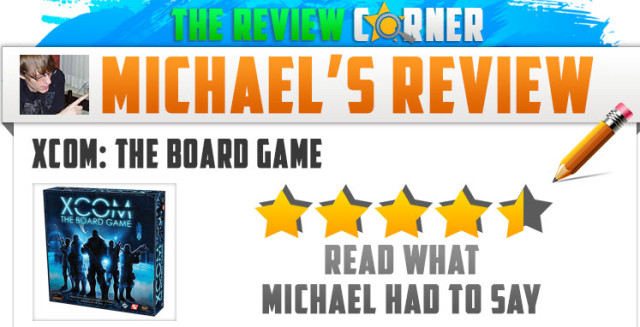 Cue the fanfare and raise the curtain, it’s time to unveil The Review Corner @ Miniaturemarket.com! This is a project myself and a crack team of writers have been working on in secret since early February and we’re happy to finally roll it out to the public. It’s an idea that was cooked up by my man Charlie Theel- he pitched the concept of starting a regular reviews feature at Miniature Market’s site and they were totally on board. What’s more, they are committed to developing the feature into a leading source for high quality, authoritative games writing.

Yours truly has stepped up to take the Editor-in-Chief reins so I am, more or less, the boss. I wrangle the writers into some semblance of a schedule, harangue them for comma splices, shove style guides in their faces and where necessary offer kindly red-pen rewrites when they venture off into terrible pop culture references or if they wander too far afield from writing strictly about the games and the experiences they provide.

Charile Theel is my lieutenant, he’s our Lead Writer and I’m honored that I was the first person he wanted to bring on board after Miniature Market gave the high sign to move forward. Charlie and I have selected a crew of folks that range from seasoned vets to some new writers that we felt deserved a chance to reach a bigger audience. I do not agree with all of our writers. There are a couple of writers that have a style that I don’t personally care for. But the goal was to provide a wide range of interests, opinions and approaches so I think you’ll be impressed with the diversity on display.

But let’s be upfront about something. This is a paid gig for an online retailer so we are well aware that the first thought on many minds will be “shill reviews”. I’m going to bury that assumption right here. What you will not see at the Review Corner are reviews written to drive sales. We are not writing these reviews to steer buyers to a purchase. Miniature Market’s leadership is 100% behind our writers expressing themselves honestly. This was one of the key things I personally discussed with Miniature Market, that we would have absolutely no credibility if we could not give a total bomb of a game a one-star rating. They completely agreed, without exception.

We are rating on a star system, which I actually despise because I am a firm believer that a solid review does not need to have some kind of calculated score. But it’s a popular method and I decided to go with it under the stipulation that our writers use the FULL scale and understand that a game that is rated five stars isn’t just a game you think is really great- it’s a game that is a significant release. Likewise, a one star game isn’t one that “sucks”- it’s one that has fundamental, terminal problems in its rules, production or gameplay.

Also in the name of full disclosure- some of these games will be comped to our writers by Miniature Market, but not publishers or designers. Our writers (and myself) are paid, so this is a pro-level gig. And as the EIC, I expect pro-level work and pro-level integrity at all times.

We’re aiming to have a review a day up, Monday through Friday, but there are already plenty posted for your reading enjoyment, including my review of XCOM. It’s a much better game than I expected, so consider today’s Cracked LCD to be this piece linked here.

Hope you guys enjoy it- I’ll be posting links to my Review Corner pieces (about one a month) here with the usual Cracked LCD fare continuing to appear here at Nohighscores.com.

One thought to “Cracked LCD- XCOM in Review…at the Review Corner @ Miniaturemarket.com!”