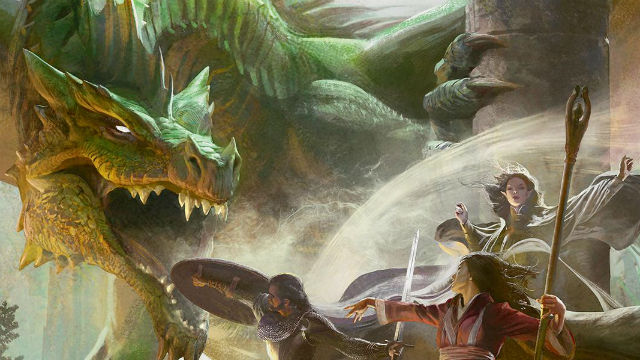 Fifth edition Dungeons and Dragons might be the best ever, but the release schedule is molasses slow. That’s on purpose: fans have said they want it that way to give them time to develop their own campaigns.

What’s out so far, though is epic in scope. There’s the two-volume Tyranny of Dragons comprised of Hoard of the Dragon Queen followed by Rise of Tiamat. Now we’ve got Princes of the Apocalypse. Both are full campaigns, starting at level one and going up to fifteen.

The similarities end there, however. In fact, these two adventures are fine examples of the two main, contrasting, approaches to adventure building.

Tyranny of Dragons represents the classic way of doing things. It herds the players through a series of linked locations as they battle the latest machinations of the Cult of the Dragon in the Forgotten Realms.

There’s plenty of variety on offer. Some are classic dungeon crawls, others outdoor adventures. There are encounters based on pure role-playing and some that are little more than sequences of battles. The quality of individual chapters varies. But they all link together into a grand narrative, an epic sweep that groups are likely to remember for years to come.

Although lacking a bit in imagination, it should be a great starting point for new groups. It covers a lot of the arch-typical encounter types and monsters that make D&D so beloved. There’s lots of tips for the Dungeon Master including some “do this” or “read this” box-outs that might irritate more experienced players.

Against this, however, is the difficulty curve. It ramps up sharply after the opening chapters. Right until it gets to the point where the books end up advising the DM to be unafraid to kill players, since they ought to have access to Raise Dead spells.

Whatever magic they’ve got, frequent player death isn’t something to be aiming for. On the flip side, you could always start this after running the Ruins of Phandelver from the starter set. The players would go in at fifth level, and you could tweak some early encounters. But the challenge level should feel less intimidating.

It’s also fond of railroading the players. Not in the awful way that the Dragonlance adventures did, but the more common “go here next because it’s the plot”. I imagine most groups, and especially new groups, will do just that without prompting. For those that don’t, there’s enough background information here for a good GM to wing it. Neophytes may find these departures a struggle.

The adventure got a lot of criticism from seasoned gamers because of the railroads. Mostly, this is unfair. It’s supposed to be suitable for players new to the game, where nudging players along a fixed path is a bonus rather than a boon. And besides, it’s hard to write such a vast narrative sweep without keeping players on the rails a bit. That’s the way campaign-level modules have always worked.

The alternative, a more free form romp through a detailed area with some sort of event timetable, is great in smaller adventures. But on the campaign scale, it’d be a nightmare to organise, right?

Well, here’s your chance to find out. Because that’s pretty much what Princes of the Apocalypse is. 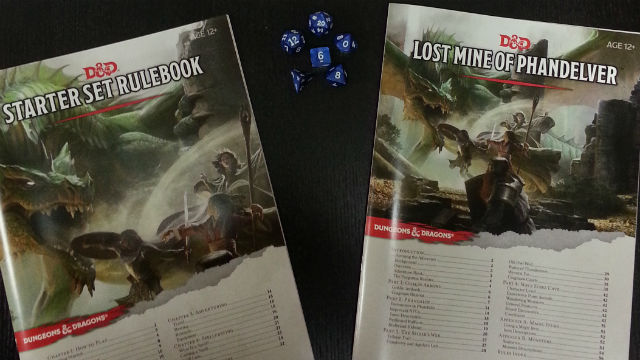 Indeed, it’s so fragmentary that it’s worthy a look even if you’ve no intention of running the campaign. Almost all of its dungeons, towns and scripted encounters could be split out and dropped in to another campaign. They’re detailed and self-contained enough to survive the transition.

The adventure claims to have taken inspiration from the classic Temple of Elemental Evil campaign from first edition. In truth, the only relationship is the nature of the villains the players will be up against. And the adventure is all the better for it.

The bulk of the book describes a series of locales in intricate detail. There’s the towns and wilderness of the area where the plot is due to unfold. There are lots and lots of dungeons, filled with a staggering array of different traps and monsters. At times it feels like the designers were trying to cram the whole Monster Manual in here.

This material is bookended with a description of the plot, and a chapter full of encounters for an enterprising DM to slot in anywhere for a change of pace. There’s a neat gimmick to ensure the unfolding events keep pace with the players. Each “boss” they encounter has a several slightly different setups, which increase in difficulty depending on how many other big bads have already fallen.

There’s almost nothing not to love about this. It’s bold, imaginative, unusual and well designed yet retains a solid grasp of what makes D&D the classic it is. The one problem is, as you might expect, that it’s challenging to run well. The DM must digest this material in full if she’s to avoid having to constantly reference the book, and to make the most of the opportunities offered by the modular structure.

So, two adventures, two different approaches to adventure design. The first not entirely deserving of the criticism it got, the second perhaps not quite deserving of the level of praise it got. You pays your money, and takes your choice. But with the dearth of published material for the game, Princes of the Apocalypse has to be the better pick. It’ll be more use for those trying to write and run their own campaigns. And as a standalone book, rather than a pair, it’s a darn sight cheaper too.