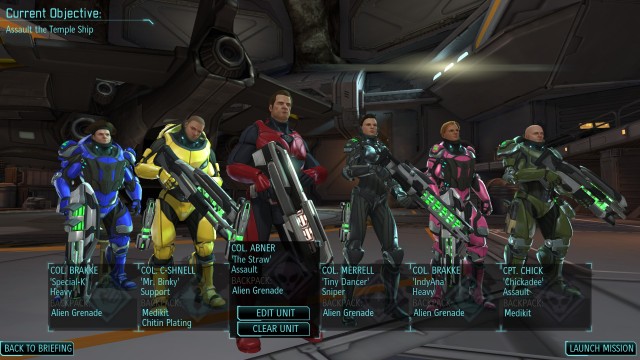 My Gamerati series is actually running a bit ahead of my columns here, so this week you get another one! This time it’s deconstructing XCOM: The Board Game.

In the sense of looking, sounding and playing like the original video game XCOM is an abysmal failure. And this is a good thing. There’s no way a tabletop game could try and replicate the bizarre blend of strategy, tactics, economics and role-playing that made the original such fun.

Instead it wisely goes for the strategic layer alone. And it does a very clever thing. By using a simple but tense and effective push your luck mechanic for resolving pretty much everything it captures the feel of the video game. That sense of always being one risk away from victory of failure is part of what made XCOM so compelling. The tabletop version has that same texture about it.

So it’s a great game which evokes the sense of XCOM while being nothing like it. That’s smart design. Smart enough that you’ll want to read the original in full for all the detail.

Anyway, on to the actual video games. I’ve spent most of the last fortnight gleefully generating and selling trading cards from the awful Steam sale mini-game. Not sure why the bothered with the effort of coding that, especially since you could get cards without playing.

I’ve spent more than I ought to on games I’ll probably never play because they sound fun and were less than the price of a sandwich. Looking at my vast collection of untouched Steam games compared with my tiny collection of expensive console games made me wonder. What does this glut of cheap games do to our perception of value?

My Steam collection contains a large number of excellent, deep and long-running games that I’ve only played for an hour or two. STALKER, Left 4 Dead 2 and TorchLight 2 are just a few examples. Because I bought them all on the cheap I had no sense of compulsion to plough on and make the most of them. These great games have become throwaway rubbish in my head, just because of the price I paid.

Contrast this with console games that I’ve paid a pretty penny to obtain. I’ve played almost all of those for multiple hours just to be sure I got full value for money out of them. They were all fun, although many were just averagely so. A few, however, like Gears of War, I kept on with in spite of an average start and eventually found to be amazing games. Had they been Steam sale titles, they’d have languished, forgotten.

It’s the same with the low, low prices on the app store. Because freemium exists, excellent games are often priced at a pittance. A hundred or so of them sit barely played on my iTunes account.

I’ve always been dismissive of the argument the music industry makes that making things cheap or free reduces their value in the eyes of the consumer. It seemed like a feeble excuse to try and keep profits up in the face of piracy instead of innovating. Now I’m not so sure. While music and games are quite different things, there do seem to be parallels here. I enjoy games more when I’ve paid good money for them. And I worry about what the value perception here means for game prices in the long term. 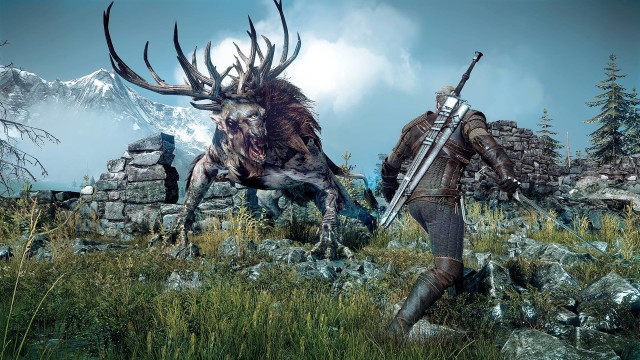 One of those expensive titles, The Witcher 3, continues to occupy all my gaming time right now. It’s very good, a fantastic blend of action, role-playing and fantasy narrative that just makes you want to keep on playing and playing. While not truly open world, the areas you play in are vast, and reward exploration and creativity.

Yet there are aspects of the design that I find bizarre and baffling. The most ludicrous is the teleporting horse. In such big areas you need fast transport, and in this fantasy setting it’s provided in equine form. Because you might need it any time, you can whistle for it and it magically comes trotting in from the edge of the map, no matter how far away you left it.

The silliest example is when you’ve been on the water. The horse can’t swim, so to cross water you have to get off and swim or use a boat. Yet when you get to your destination, you whistle and the horse somehow finds its way across, even if you’re on an island. This is so patently idiotic it ruins my sense of immersion every time.

It’s an example of the way AAA games have arrived at a strange place where they’re forced to be realistic while making endless concessions to design. The horse can’t swim, yet it can cross the water when you need it to. So why not just have a damn magical swimming horse in the first place and save all this silly busy work, this clicking and waiting to no benefit?

Witcher 3 is full of this stuff. Equipment needs repairing so you’re forced to find a smith to do the job and wait until sunrise for him to open. Why? It adds nothing to the game. One smith in Velen highlights the issue starkly. He goes to bed when the sun goes down, yet his kids stay up all day and all night, playing in his yard. Where’s the sense of realism there?

Games are not real. That’s kind of the whole point of games. Even if they wish to strive for realism, the technology is so far away from it as to be laughable. We can’t even work out how to make pretend people who’ll react sensibly when you put a bucket on their head and steal their stuff. Trying to defend the inane “realism” in these games causes fanboys to tie themselves in knots, trying to defend the lack of black people in a land filled with ghouls and griffins. It’s about time we just dropped this stupid pretense, and played.