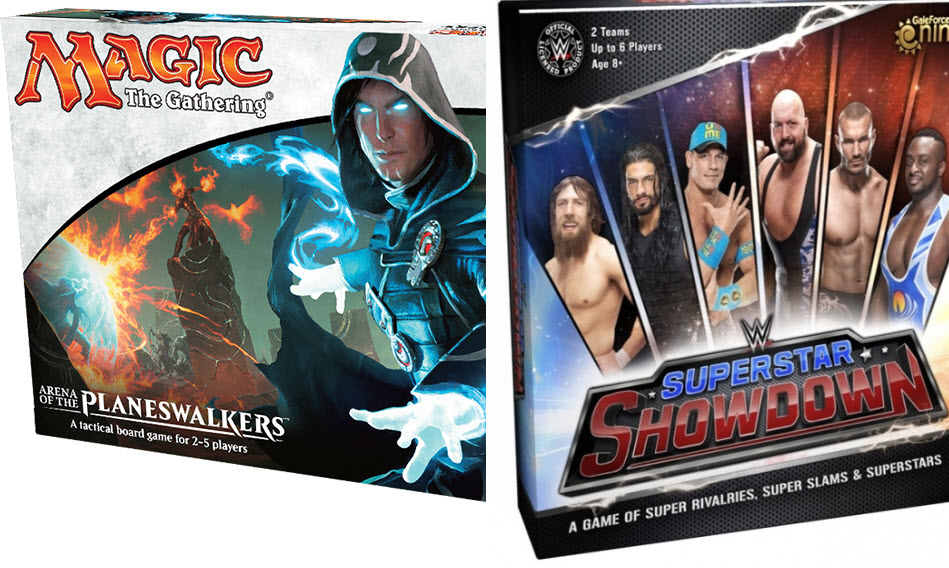 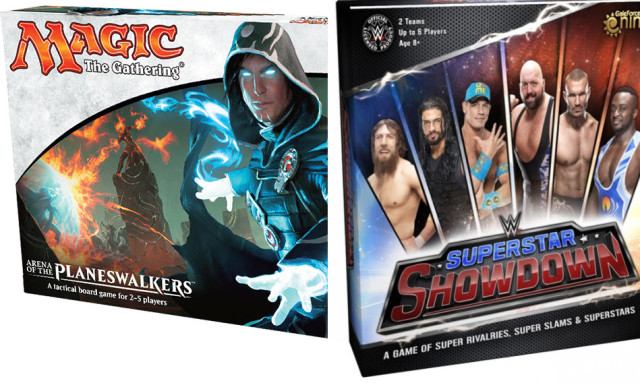 I’ve got a small pile to hand in this week- been extra busy over at The Review Corner with some of today’s most popular titles:

Magic: Arena of the Planeswalkers is, in fact, Heroscape meets Magic. It is also a great mass-market game that has tons of potential, if Hasbro will let it come to full fruition. It’s also probably the best value in gaming at only $29.99 retail. Five star review is here!

WWE Superstar Showdown is Gale Force 9’s latest, and as is par for course it’s not only really good, it’s really good even for non-fans of the license. It is an officially licensed WWE product (hologram and all) so if you know who Daniel Bryant and Roman Reigns are, have I got a game for you. If you don’t, it’s still a great fighting game that is super easy to pick up and play. I wish it had more wrestlers, especially ones I know from like, WrestleMania III. Four star review is here!

Forbidden Stars is FFG’s latest Warhammer 40k Dudes on a Map game, which fortunately avoids the debacle that was Horus Heresy altogether and is instead inspired by their woefully underappreciated StarCraft board game. But it isn’t as good, and for all of its streamlining and refinement they stuck a tacky, overwrought combat system in there that plays out like a full card battling game crammed into an otherwise smooth-running system. This also makes the game too long. We did a special thing with this, a Head to Head review with myself and my lead writer Charlie Theel. He liked it more than me, so there’s some good debate here in my three star (his four star) review!