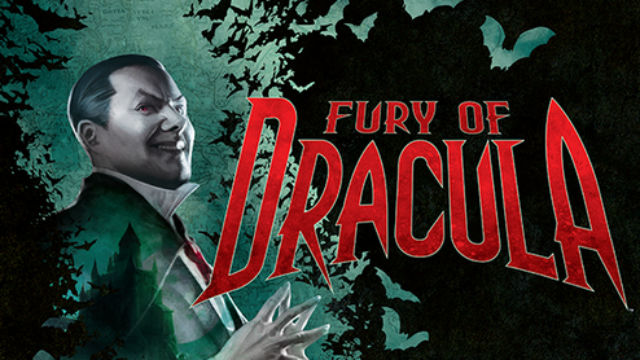 I have an uneasy relationship with horror. Perhaps that’s appropriate. To me, there’s a clear dividing line between the chilling supernatural and gruesome gorefests. I detest the latter, and love the former. To have a book, film or video game slowly convince me there are mysterious shades flitting beyond the veil of night is a special pleasure.

It gets more complicated with board games. You can throw all the gothic trappings you like into a horror game and the result rarely feels like horror. They never make you feel nervous or uncomfortable. After playing Amnesia: The Dark Descent one night I almost threw a fit after finding an unexpected tea towel on the back of the kitchen door. No board game has ever done that to me.

I once sketched out a design to remedy that. It was a co-operative game in which the players had to choose to eliminate one or more of their number in order to win. They weren’t traitors or anything. The idea was to create unease and discomfort in the group by forcing them into unpalatable choices with real-world impact. It never went anywhere because no-one wanted to make those choices. Which illustrates why a genuinely horrible horror board game is likely impossible.

So we’re left with adventure games painted thickly with the red rouge of horror. For all that they’re still obviously card and plastic underneath that doesn’t make them bad games. Here are my five favourites.

J-Horror serves up exactly the sort of unearthly shocks that I enjoy most. Other far eastern countries have similar oeuvres of unnatural lore. So it’s a shame that the only quality game so far to try and make use of all that mythology is Ghost Stories.

In many respects, this is just a classic modern co-operative game. Players are faced with a series of awkward least-worst choices to make against the clock. There are few better examples, mechanically speaking, but it’s still a well worn grove.

There are two things that make Ghost Stories stand out from the crowd. One is the amount of variety and resultant replay value. There are a lot of different ghosts to encounter, and different board setups and player powers combine to keep the puzzle fresh. The other is the stellar artwork. Playing the game itself might not scare you. But seeing the various ghastly visages of Wu-Feng as they’re pulled from the bottom of the deck is still worth some delicious chills.

Games with hidden traitors make good horror fare, but they always have one slight problem. The players know there’s a cuckoo in their midst, and that takes away the shock of their revelation.

Dead of Winter fixed that by the simple addition of their not always being a traitor. This tiny change can send paranoia levels through the roof as players snipe and bicker about the latest failed survival crisis. Did it fail by accident, by incompetence or by purposeful sabotage?

And all the while the zombies mass at the doors and the snow howls outside the window. Dead of Winter is a rare game that made the environment itself into an enemy. Frostbite can be every bit as deadly as zombie bite.

Here’s another zombie game from the opposite end of that overused genre. This is laugh a minute splatterpunk nonsense. Chainsaws rev, Zombies moan and the players have a cast of characters right out of every B-Movie ever made.

Several scenarios and some fat decks for both the zombie and the hero players make for plenty of variety. What really makes the game hum though is the light dusting of strategy. You can’t search and fight on the same turn. So it’s always a trade off between trimming the undead hoard and finding a bigger gun to do it with.

Good art, great miniatures and unusual movie-still photos on the cards help bring the atmosphere to life. Or perhaps unlife. With lots of dice, lots of surprising card plays and lots of smack talk, it’s the epitome of trash gaming.

Of all the games I’ve ever played, the first edition of this was the closest a game has ever felt to real horror. For the hunters, the original Dracula was an unholy terror at the start of the game. His location unknown he plotted omnipotent and omniscient behind his screen. Early attacks could be deadly. Only by amassing cards and equipment could the fragile mortals hope to best him.

It was too easy for Dracula to win by stalling, however, which made it weaker as a game. The second edition tried to fix that but introduced some needless bloat and broke a bunch of other stuff. Dracula seems a lot less of an immortal horror when he can’t even double back on his own trail without resorting a special power.

I’m writing this having just played my first game of the new third edition. It still has the hated location deck, but there’s a raft of improvements to make Dracula more flexible and powerful. He won. Here’s hoping it’s put the Prince of Darkness back on his throne where he belongs.

It’s perhaps odd that my top spot is probably the least horrific game on the whole list. But like we said, real horror games are an impossibility. The Fort’s own Shellie said it best. This isn’t a horror game: it’s an RPG.

I always wanted an RPG with strategy and exploration, narrative and character advancement in one accessible package. It turned out that Arkham Horror was that game, dressed as a horror title. Choices about how to equip, move and build your characters had real consequence. The choose your own adventure location texts made an endlessly variable story generator. And toward the end, tooled up with Shotguns and Elder Signs, you were able to tackle Shoggoths and Dholes.

Because Arkham Horror is such a great RPG, I’ve never felt the need to play Eldritch Horror. It might be faster and more streamlined but it sounds like its lost that adventure feel. And the biggest horror of all might be the amount of time and money I’ve already invested in Arkham. It’s a scary barrier to a potential switch.