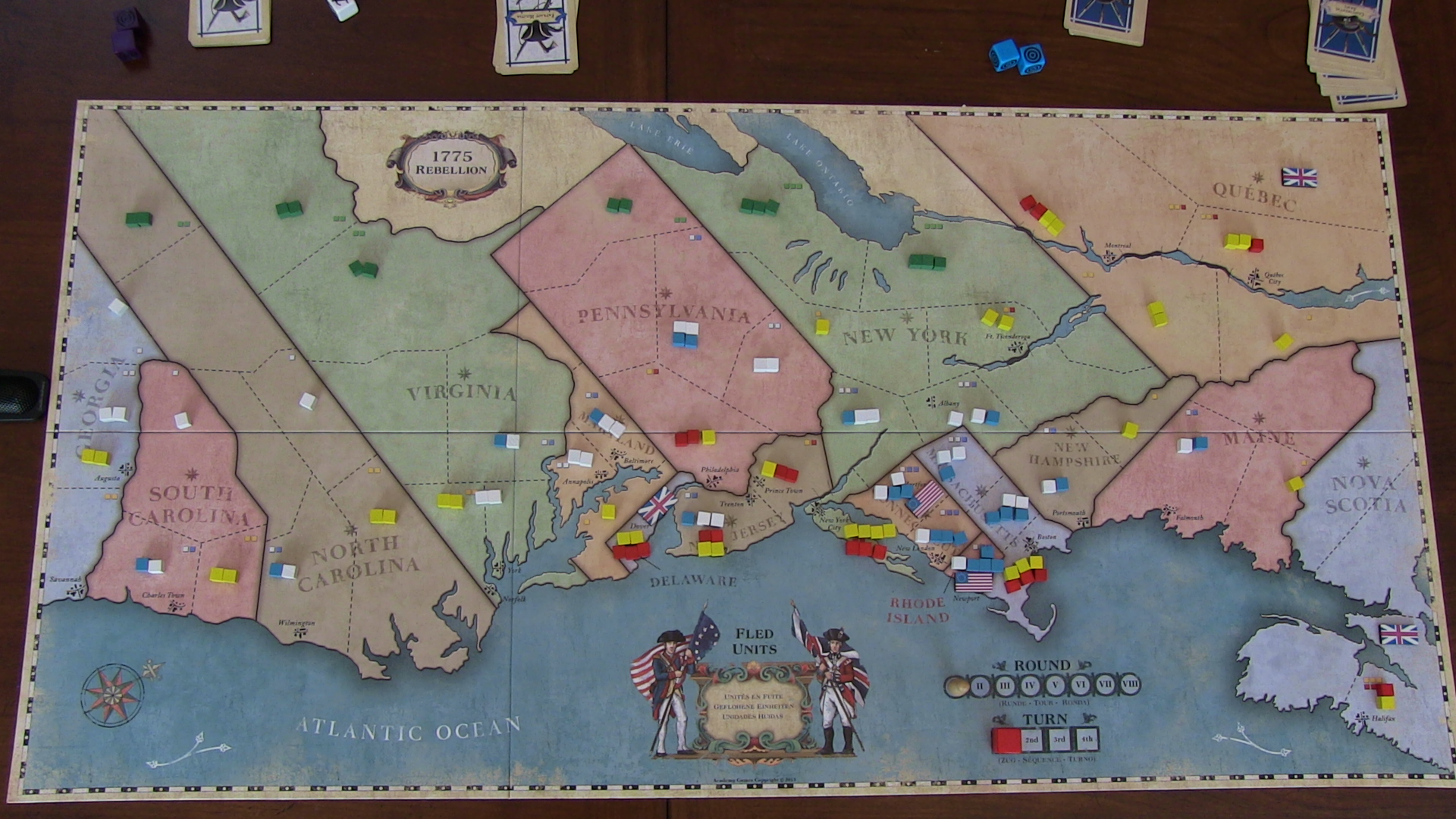 I’m a big fan of Academy Games’ Birth of America series. 1812: The Invasion of Canada started the series off last year and now 1775: Rebellion has finally been released.

The PLAN was to debut this new video series near the 4th of July — an American revolution themed game, etc. The problems were:

So the video was put on hold but now it’s ready and I hope you like it. I’d like to do more of these, time permitting. They’re fun to do and I have discovered that I like doing the video editing work.

A HUGE thanks to Todd for doing the narration. Without it the video just doesn’t work.