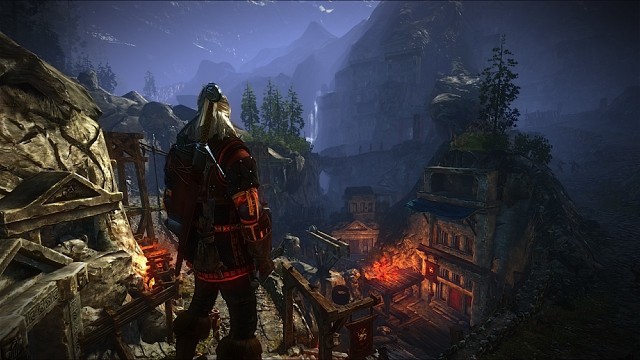 I don’t mention it a lot here, but my gaming life started as a PC gamer. Sure, there were handheld forays in high school, when I’d sit in Joe Faul’s basement and play his brother’s Game Boy while the Mike Tyson fight was ever-so-briefly on HBO. Those were just passing moments, though. My real game playing time started in 1997, when I got my first computer.

I remember it like it was yesterday, mostly because I ordered a Gateway which promptly broke down with a shoddy CD drive. The replacement was also shoddy and the replacement for that replacement was DOA, a tragic situation made all the more tragic by it coinciding with my wife being away for a week while she helped her brother drive cross country. Eventually I ditched Gateway but not before reaming out the useless tech support rep, dashing off an angry letter to Gateway, the Better Business Bureau and PC Gamer. What can I say, I was pissed. I ended up with a Dell, and I have owned Dells ever since, even when I moved over to gaming exclusively on consoles.

I’m telling you this because when I talk about the Witcher 2 for the 360, I want you to understand that despite my console allegiance, I do have fond memories of days when weight meant something in RPGs. 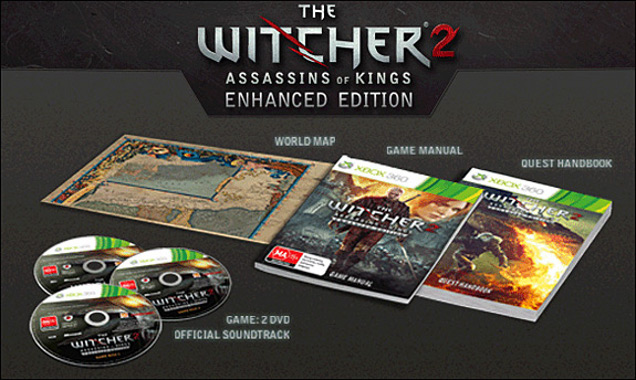 One of the things that impressed me off the bat about The Witcher 2 Enhanced Edition was the sheer physical weight of the product. I was gaming during one of the greatest eras in computer RPG history, when games like Fallout 2, Baldurs Gate 2, Icewind Dale, Diablo 2 and Deus Ex were released. I played those games and Planescape and Nox and Arcanum and Neverwinter Nights and Wizardry. During it all, one thing and one thing only was the best starting point for evaluating an RPG: the weight. A heavy box meant multiple discs, a beefy manual, maybe a map. Were there heavy RPGs that lacked in quality? Sure there were, but if you were thinking of picking up an RPG and the box weighed as much as the box for the latest shooter, you had to pause. What kind of world were they building that I didn’t have pages upon pages of character classes and subclasses to pore over? What magical system was in place that didn’t have dozens of spells to investigate? What the hell was I going to do while the game installed and my device drivers updated if I didn’t have a manual to read or a map to look at?

The Witcher 2: Enhanced Edition is a heavy game. The manual it comes with is thick and beefy, a rarity in console games, even RPGs, these days. There was a time, not long ago, when I would play the game for an hour and then bring the manual upstairs with me to read while the wife and I watched TV. Here I would try and gain a deeper understanding of the dozens of hours that were still to come. Nowadays, if there’s a manual at all, it consists of a list of commands and the associated buttons and maybe a picture of the HUD. Most of the time you get an epilepsy warning, a piracy warning, a EULA and a link to a company site where you can download the manual as a PDF. Nothing hearkens back to the days of rerolling characters for an hour quite like curling up with a PDF for the latest Assassins Creed game. 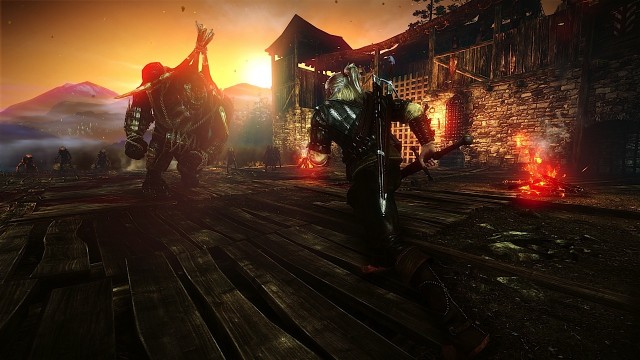 The Witcher 2 breaks this cycle with a manual that leaves nothing to the imagination. Combat techniques, signs, character upgrades, it’s all here. Do you want to know how Quen changes with two upgrades rather than one? It’s here. Would you like to know what the different types of alchemical ingredients are? It’s here. Whether you want to know what the HUD looks like, or you want a reference guide for planning out Geralt’s character advancement, the manual has it covered.

More importantly, having such a detailed guide at your fingertips gives the player the impression that only are the developers proud of their work, and they want you to experience it in as many ways possible, but that that they encourage a level of contemplation outside of what you can get while playing. Do you need the manual? No, probably not, but to be able to read about things away from the chaos of battle helps crystallize how you play the game. At least for me it does. Many times, the reason you don’t get a manual is because there isn’t enough game to support it. The Witcher 2 laughs at that. Here, it says, take this manual, you’re going to need it.

This is to say nothing of the quest handbook that details the main quests, the side quests and the options for all quests, great and small that reside within. I certainly don’t expect publishers to provide you with a guide for every game they put out, and I doubt I’ll use this much that much, preferring to find things for myself. You could say that the developers don’t have faith in their game and the guide is a hand-holding device, and there maybe some truth to that. The opposite can be said also. The developers want you to see this through to the end and if giving the player a nudge in the right direction, or some help in choosing a path, then all the better. Here, the guide says, sit back, let us take you on a journey. 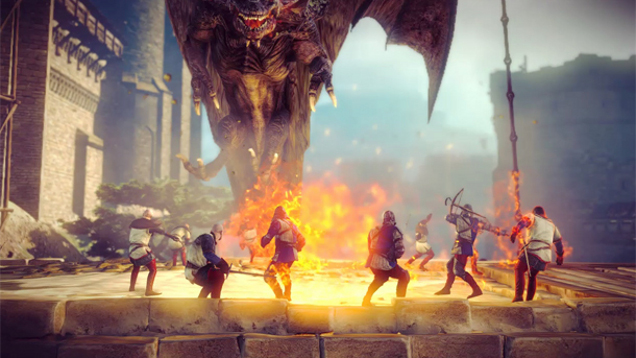 The game itself also has weight, in part due to jumping to a story that is in the middle of being told and jumping into the shoes of a character with a significant backstory. There’s something about the scope of conflict in this game that somehow makes it seem weightier than ones where the fate of the world or universe is at stake. In those games, fighting is an absolute necessary. To not fight is to perish. Here though, Geralt fights because he chose to serve and protect a king. It’s possible that the scope of the conflict will expand as I get further into the game, but right now, Geralt risks his life not for the universe, but for one man. Like those he kills, Geralt is in the piss and the shit, fighting, killing and, in my case, dying, while the powerful watch from on high.

When Geralt stops Fortest’s men from sacking a house and killing those within, I don’t feel bad about asking for a reward. After all, if Geralt wasn’t fighting for Fortest, he’d be scrounging to make a living, helping those who despise him. In this situation, not asking for money seems more out of character than requesting payment. Again, it comes down to a matter of weight. What did Commander Shepard do in between ME2 and ME3? Who knows. More importantly, who cares? With Geralt, I know that when his service to Fortest ends, it will be back to hunting monsters by night, searching for herbs and any trinkets and treasures that can be sold to stave off poverty. Geralt lives in a world that hates him and needs him in equal measure and this gives his world and his interactions with it a weight I haven’t felt in an RPG in some time.

I ‘ve barely scratched the surface of the game so much of what this world has to offer has yet to be shown, but so far, The Witcher 2 gets my vote for weightiest game of the year. I won’t be at all surprised if “weightiest” ends up synonymous with “best”.