Last night I fired up the beta for Hybrid, the upcoming multiplayer only XBLA shooter from 5th Cell. You may recognize that name from Scribblenauts and Scribblenauts 2: Revenge of the Scribbler (not its real name) as well as the Drawn to Life series and Lock’s Quest. “Wait a minute”, you may be asking, “what do these games have to do with a multiplayer only cover shooter set in a persistent online world?” Beats me. Did I mention there are jetpacks? Not Tribes-style jetpacks, but jetpacks nonetheless.

The game kicks off with a little speech about how at some point in the future we found something called dark matter. Really, Hybrid? That’s all you got? Dark matter? I know that there was a sentence on the screen about how the tutorial speech wasn’t finalized, but you can’t come up with something better than dark matter? Dark matter was first theorized in the ’30s so at the very least, don’t say that you discovered dark matter, say that you confirmed the existence of dark matter or you synthesized dark matter or better yet, come up with something original like Unobtainium. Ok, that’s not original either, but you get the idea.

In the process of finding dark matter, Australia was obliterated. The world then—wait a minute. Australia was obliterated? Like, gone gone? Is there a giant hole where Australia once was? If so, did the ocean rush in to fill that hole? If so, what did that do to the rest of the world? Speaking of world effects, what would the destruction of an entire continent do to global weather patterns, much less to the global economy? And why Austrailia? Why not North America, or South America. What does 5th Cell have against Australia? What are you not telling us 5th Cell?

The tutorial then goes on to say that the world was split into two factions, the blue guys and the red guys, who are exactly like the blue guys but more sinister. I don’t know what that means. Both are working to collect enough samples of dark matter to reverse the incident. What does that mean? Does that mean that Australia comes back? If so, how does one restore a continent to sinister ends? Killer koalas? Giant, rampaging kangaroos?

The tutorial finishes up by stating that you and the other guys are both trying to get 110 samples of dark matter. That’s a very concrete number. First side to get to 110 samples wins, but they don’t explain why. Is there a machine that both sides have that’s just sitting there, waiting to go, until someone pours 110 samples of dark matter into it? Why 110? And if you got to 109 samples and the other guys got to 110, wouldn’t it be worth trying your machine and not just going “Oh well. They got more samples. Last one out, turn off the lights.” 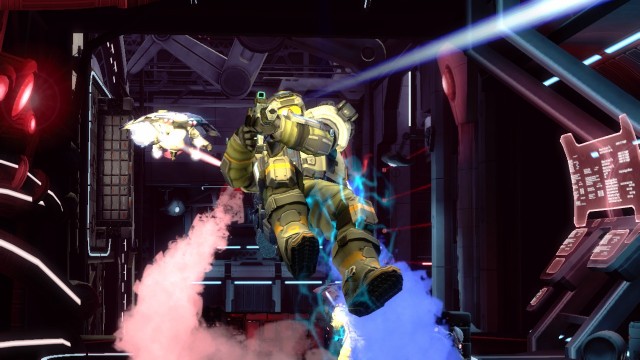 After the setting is established you’re dumped into the tutorial. Hybrid is a cover shooter that allows you to move from cover to cover via your jetpack. In fact, there’s no running or walking or any ambulatory motion of any kind. You select a piece of cover, hit the A button and jetpack there. You can strafe in the air as well as shoot and use a burst of speed. You can also change to a new piece of cover mid-flight by selecting it and pressing A, similar to how Batman can change direction with the line launcher. If you get to your new piece of cover and find that you’ve made a tactical error, you can hit B and immediately fly backwards to your old cover.

Like every multiplayer shooter, you level up your character and get shiny new abilities as a result. Also like other shooters, you get goodies for kill streaks in the form of drones. Kill one guy and get a drone. Kill three guys and get a better drone. Kill five guys and get a super-ninja drone. I’m not sure killing one person constitutes a streak but for incompetent players like me, it’s nice that I get to get in on the kill streak action too. Drones stick by your side and shoot whatever you’re shooting except for the ninja who heads to your enemy like a homing missile. 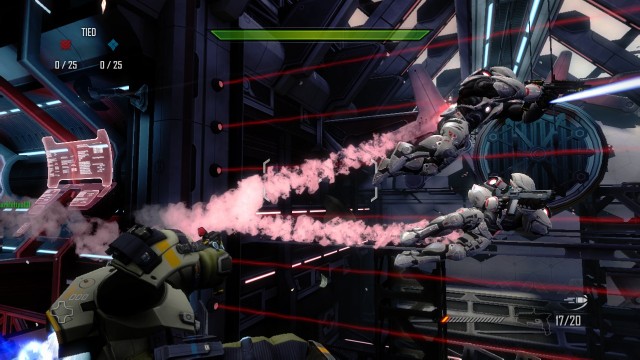 I went with team deathmatch and was dropped in a somewhat small map with cover both on the ceiling and on the floor. The jetpacks allow for ceiling based cover but it didn’t make a lot of sense for said cover to be there. I was fighting a battle someplace in South America but was I in a warehouse, a dark matter processing facility, a Brazilian Walmart? Why were there platforms in the air with barriers? It wasn’t a blown up ceiling situation. These were clearly floating ceilings with barriers for cover. Also, if both sides are desperate for dark matter, why are they agreeing to arbitrary “first group to 25 kills” rules like some sort of throwback to the 1700’s when civilized men fought only between 11AM and 3PM and not on Tuesday or if it was raining?

Remember in Battlestar Galactica when Galactica et al realized that they could kill skinjobs all the live-long day, but until they knocked out the Cylons’ ability to resurrect, it was a losing battle? Wouldn’t the smarter thing to do in Hybrid be to say “Screw this battle stuff, we’re winning the war” and try and take out whatever technology is allowing the other side to spawn in indefinitely until they reach some arbitrary kill count? A control point type of match makes sense in the context of this game, team deathmatch does not. While we’re on it, wouldn’t it be awesome if, as you progressed through the levels in Hybrid you could unlock a special Commando level that then allowed you to go on super difficult matches against the best players with the reward being some sort of game changing event that affects the entire world? Like, maybe you go on a mission where you knock out a respawn facility and if successful, for an hour everyone who plays in battles in Asia plays against enemies that can’t respawn or has limited respawns? And if you lose your special mission match, maybe you can’t take on special missions or defend against the other side’s special missions for something like an hour. Wouldn’t that be awesome? 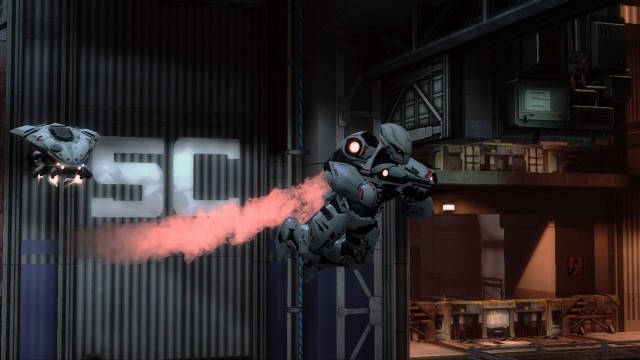 While playing I kept asking myself why I couldn’t see my enemies, who the hell was making that giant blue globe that kept damaging me and why I suck at shooters so much. Then I began wondering if I could drop out or if that would be a dick move, leaving my teammates to go out it with 1/3 fewer players. Then I wondered if, given how many times I was getting killed, I would actually be doing them a favor by not giving the enemy so many free kills. Finally I stopped wondering things because the match was mercifully over. Then I asked myself why I wasn’t playing Witcher 2. Then I played Witcher 2.

I’m not saying Hybrid is a bad game, although I am completely unqualified to make that distinction based on how awful I am at shooters. I can say that the setting needs a little work as the framework it provides only makes things stand out as being “game-y”. Maybe most people don’t worry about these things because they’re too busy being awesome and they don’t have as much time staring at the deployment screen and wondering why 5th Cell hates Australia. 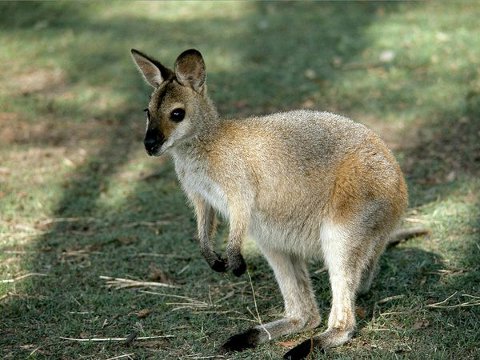