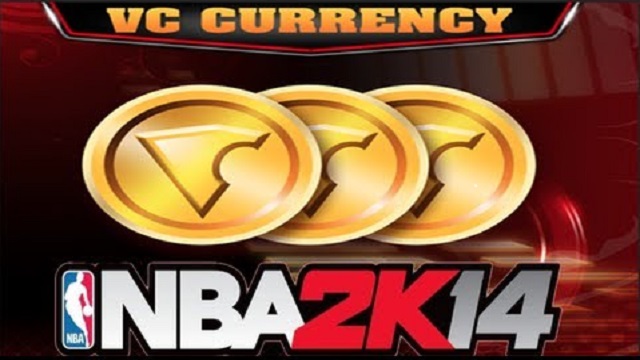 If you’re a JtS listener (and you should be, because we’re still awesome), you know I finally unpacked my, uh, kids’ Xbox One over the holidays. For scientific purposes, I also picked up NBA 2k14. The things I do for science.

Can I just say, right out, that for all the flack we give to EA (wholly deserved) for how ostentatiously they over-monetize their middling products, and treat their customers like drones who should just shut up an pay already, there’s not nearly enough disgust thrown 2k’s way? They’re awful. And consistently so. It’s not just an NBA 2k thing, although 2k14 is by far the most blatant, irritating, and just plain icky swindle so far. But even quality games like Civilization 5 ($5 civilizations and map packs anyone?) and XCOM ($5 to choose armor color?) are not immune.

As a gamer, I’ve lived with it because who really caress about an extra civ here and there? And $30 may suck for an expansion, but the expansions for both Civ and XCOM were extremely good. NBA 2k14, though? Yeah, Brave New World, not so much.

One of the things that used to make sports games great is that, for the longest time, you could play them the way you wanted to. Play a single season? Go ahead. Play an exhibition game? Just set up the playoffs and crown a champ? Knock yourself out. Then we got franchise modes that let us be a virtual GM and that was awesome. And we got a “be a player” type mode and those were cool too, if not particularly deep or interesting to stick with over the long haul. And let’s not forget sliders that let you tweak a game 16,000 ways from Sunday to play how you want. This isn’t all gravy, and sports games of the last 10+ years have had plenty of other things to gripe about, but ultimately, if you paid, you could at least play how you wanted to play. NBA 2k14 wants you to play how it wants you to play and if you don’t, well you can just go get f***ed, I guess. 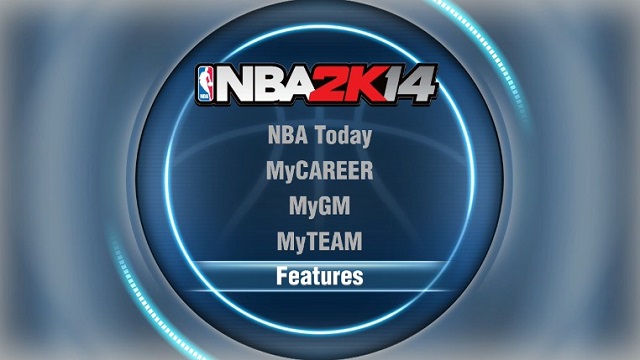 NBA 2k14 is not a basketball game so much as it is a Virtual Coins (VC) delivery system. Basketball is merely a sideline to get you buying coins. I couldn’t begin to tell you if there’s a single season or a playoff mode in the game because the main menu doesn’t want you to spend time looking for them. It wants you in your MyPlayer or your MyGM or your MyTeam. Not coincidentally, these are the three modes in which advancement and success is almost entirely dependent on the acquisition of 2k’s not-the-least-bit-equally-distributed virtual capital.

Sure, you can earn it for free by achieving success in the game, but in fairly limited quantity that is not in any way tied to the mode you’re in. You can take VC earned in the MyGM mode and put it into your MyPlayer, for example. And it all conveniently ignores the fact that achieving success in any of these modes ultimately depends on upgrading yourself by using… you guessed it, VC! They create the drug, they manufacture and distribute the drug, and they put in place the system that makes you need the drug in the first place. 2k is a cartel at this point.

You can, if you like, download a horribly designed iOS app and get daily access to a VC lottery system that’ll net you a decent amount. That’s annoying as hell, but at least it’s free. But, and what 2k really thinks you should do, is pay $60 for their game and then go into the game and spend even more to load up your GM or your player or your MyTeam with VC so you can advanced them further, faster. It’s a classic-style F2P system without actually being F2P.

It’s ugly, it’s cynical, and it diminishes 2k14 as a basketball game; something it just so happens, the game does as well as ever. (Which is to say, it’s the best option out there, but controlling your player and his momentum is still a giant pain in the ass. Also, you guys forgot to let me skip the cut scenes.)

This is a superb basketball game, sabotaged from the inside by greed, mismanagement, and outright incompetence. Don’t buy it. If you’ve already dropped your 60-bones, you may as well play it. You’ve already taken the hit and the basketball is, as noted, very, very good. Go take your MyPlayer up against Jackson Ellis, keep your agent around because he’s a good guy, and if you get drafted by the Kings, do whatever Derrick Cousins tells you because he’s like a genuine role model and stuff.

Unless he tells you to buy some VC. He hasn’t told me to do that yet, but I’m guessing it’s just a matter of time.

Right, so how was everyone’s holiday? Good? Great! Let’s dispense with some links and forget all about this travesty.

I’m like Charlie Brown with the football. Sega took the wraps off of their next Alien game, which is coming from Total War developer Creative Assembly. And, yeah, it actually looks rather decent:

This looks how you’d want an Alien game to look. But there are so many questions. Can this mechanic hold out and remain fresh for the anticipated 10 hours of gameplay? I believe it’s doable, but in that 15-minute video we see the same three or four sections of game a couple of times each. Or maybe this tense hide-and-run mechanic gets abandoned half-way through in favor of just another shooting gallery?

I absolutely don’t believe this will be the disaster that Colonial Marines was, but that doesn’t mean there’s not an object lesson there. CM was a fiasco, no doubt, but the original teaser hit every note you’d want it to hit. It was awesome. No there was no gameplay (and we now know why), but the teaser made you feel like, “Okay, they get it and that’s step one.” Turns out they didn’t get it. At all. Fortunately this Alien game footage is much more than a teaser and it still gives off a strong “okay, they get it vibe.” Fingers cautiously crossed.

Now with 78% less nausea. The Occulus Rift is making progress:

Low persistence is a trickier beast to tackle, but it basically means the Oculus Rift has erased motion blur, allowing the player to move his head and keep his eyes fixed on one point, as humans do in reality. The Crystal Cove prototype reduces latency to 30 milliseconds from 60 milliseconds in the HD dev kit, though Oculus VR’s goal for a consumer product is 16 to 20 milliseconds.

Being able to move your head but keep your eyes fixed on a point is huge. I have done zero research to back this statement up, but I’d wager this alleviates the motion sickness problems for a wide swath of players who’ve experienced them.

Getting punked by Steam. Steam Machines have come rolling in from CES. I’ve been excited about this for some time. I’m not anymore. This is not to say I’ve checked out, but it’s all too damn nebulous. There are already more than 13 of these things. The controller is receiving, at best, faint praise based solely on future potential. The price points vary from $500 to $6,000 with most in that $1k -$2k window.

We’ve known for awhile there would be a disparity like this and I didn’t think it a problem, but now that product is imminent I’m not so sure. A) I’m not spending top of the line PC money on a console for my basement home theater, which is basically what I’d want a Steam Machine for. Okay, fine. That’s why there’s a $500 product iteration, right? Except then my mind does a funny thing — when confronted with with so many price points it looks at the expensive ones and the mean and the cheapest and says, if the mean and the cheapest are this much more than the cheap-o models, how good can the cheap-o model possibly be? That’s where my brain says, surely it must suck because this is a world in which you get what you pay for.

Grimrock adventuring. You probably know that Almost Human games has a Grimrock sequel in the works. Did you know they also tapped Wayside Creations to Kickstart an expansion to the world of Grimrock with an adventure game series, Legends of Grimrock? There’s still 17 days to get in on this and they’re only about half-way to their goal, so success is not a given. Obligatory promo video is obligatory:

Truth. He speaks it. The truest thing ever said about Skyrim doesn’t come from a gaming site, but from my very favoritist sports blogger.

*[I finally broke down and played Skyrim. Do not do this. Skyrim is the kind of awful that only reveals itself after you’ve set 60 hours of your life on fire listening to boring conversations and dully hacking things in the face. Their open world is beautiful and soulless, shiny on the outside but hollow in the center. Bethesda’s mechanics are hopelessly broken in every single game they make, and while being able to jump across a continent in Morrowind was charmingly broken, Skyrim’s mechanics invite you to a dull, iron-dagger-laden trudge through one moronically designed UI after another.

Better said than I’ve ever managed. I am both irked and tipping my cap at the same time.

Who needs air, anyway? FTL is getting a new playable race, the Lanius, as part of its forthcoming Advanced Edition. They really suck the air out of the room. Like, literally.

Checking on the Inquisition. Mark Darrah posted a pre-holiday blog update on the status of Dragon Age: Inquisition. It’s not, you know, super informative, but there’s some cool asset images and whatnot.

Soft landings. If you miss PAR Report (as I do), you’ll be glad to know that Ben Kuchera landed safely at Polygon, where he is already writing many very Ben Kuchera-y things. Which is to say, both things I agree with and things I think are ridiculous. (Note: What I think is ridiculous is the notion that EA not explaining why they lied about the need for SimCity to be online only is somehow worse than the fact that they lied about it in the first place. We all know why they lied about it.)

It’s also why I won’t play multiplayer games with complete strangers. Also, who are the parents of the year that let their obviously too-young kids play CoD? I haven’t seen parenting that bad since watching Frozen. (Seriously, very good movie, but the parents of the sisters were idiots.)