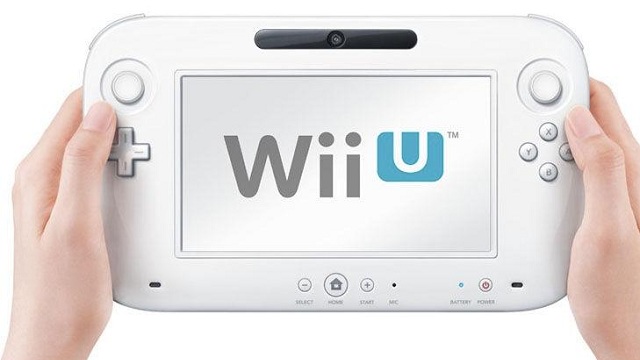 I was in the shower yesterday, just a couple of hours before heading out to the Gamestop to pick up my Wii U preorder, when I thought to myself “why the hell am I buying that stupid thing?” Thus began a tumultuous, flippity-floppity bout of a priori buyer’s remorse as I reminded myself of how I really didn’t want to play yet another Mario game (but in HD!) or a host of ports with pseudo-tablet support bolted on. ZombiU, my other pick out of the launch lineup, was getting a critical drubbing- most notably from IGN, who just a couple of weeks ago posted a radioactively glowing preview calling the game the Wii U’s “killer app”. I guess the IGN editors’ idea of a “killer app” is one that rates a 6.3 or “Okay”. What’s more, I found myself thinking that if I were going to buy it, I wanted the deluxe set after all. Not the 8 gig poor man’s version that I opted for to save $50. Damn Borderlands 2 for coming out the day I went to preorder.

At any rate, I wound up dropping my wife off to get a mani/pedi (on my dime, of course) and hauling my two kids over to the shop. I picked up the console and Mario, cancelling the ZombiU preorder in favor of waiting for Gamefly. After hearing multiple reports of folks walking into stores and buying them right off the shelf, the Gamestop clerk’s ranting and raving about how there would be absolutely none of these available at retail by the end of the day seemed awfully hyperbolic.

Once the family were all in bed, I found myself in the living room with the Wii U in its box just sitting there. At once, there was that “OMG new game console” feeling that’s very rare. Especially when we’re talking about a console that is sort of the advance warning of the next generation of hardware. But I also found myself checking Ebay to see what the aftermarket prices were looking like. I’m not proud. I’d double my money on it in a heartbeat if it meant buying the kids a bigger Christmas gift and one of the coveted deluxe Wii U sets.

I wound up reading a couple of comic books (Morrison’s superlative Batman and Robin, in case you’re wondering) instead of just tearing into the box and plugging in all of the rubber and cooper spaghetti into my stupid TV that only has two HDMI jacks. I had a flashback to 2006, when I wound up rather ridiculously with three Wiis on launch day, but had to wait until Christmas to open mine. I half wanted to just wait on it. But I also half didn’t really care about breaking it out.

I gave in, and yes it was fun and cool to see the new hardware. The gamepad is cool and it actually feels great once you get used to it. At first, it kind of feels like holding a coffee table even after endless hours of pawing an iPad. I rolled my eyes at having to set up another sensor bar, right over the remnants of the sticky tape where the last one went. It powered on, I got a little excited, and then that update you might have heard about started spooling up.

After 20 minutes and another issue of Batman and Robin, I decided to just play some Black Ops 2 (review forthcoming, by the way). After an hour or so, the Wii U was finally ready to do its thing. My first impression? God damn, the menus are slow. Second impression? I really don’t want to be reminded of the Wii, even though I had some good times with it and played some great games on it. It’s too soon.

I half-heartedly made a Mii. It was hardly the joyful “OMG it looks like me!” experience it was the first time. I just didn’t really care. I knew which glasses to pick, typically scowling mouth, tousled hair without poking around. Of course, there wasn’t anyone else in the room to laugh with me about it like there was last time. Regardless, I just couldn’t care less about making a goofy character that looks like me at this stage. With that done, I did all the usual setup steps, fumbled around to find a way to recover my old WiiShop account and purchases to no avail, and finally- some three hours after hooking it up- played some damn Super Mario Bros.

You probably expect some kind of epiphanic revelation, that after playing Black Ops 2 I was tickled and delighted to see Mario and the gang in bright colors. You might expect me to rhapsodize about how moving from brutally killing xXxshawtymac420xXx and JUGGAL0JEWK1LLA to one of those Magical Games of Our Youth somehow reminded me of the whimsy and wonder of video games. Not so much. My heart did not grow two sizes and all that. Instead, I thought “huh, HD”. Wondered what the point was of having the exact same image displayed on the gamepad as was on the TV. Thought for a minute that maybe I’d just turn the TV off and play it as a handheld. Made it through a couple of courses and died a bunch. Turned it off about 20 minutes later thinking “yep, it’s a new Mario game”. Of course it’s good. Of course it’s cute. But at this point in the franchise’s history, so what?

So I went right back to take up a slot on the wonderful all-Nuketown 2025 playlist. Maybe Call of Duty hasn’t budged all that much of the Modern Warfare design document. But at least it hasn’t been virtually the same nostalgia-coasting game that Super Mario Bros. has been since Super Mario World. I’m not really sure what I expected, but that last Rayman game blows it out of the water.

I did turn the Wii U back on to check out its Netflix functions, and that resulted pretty much in a shrug as well. Yeah, it’s cool to fiddle around with the menus on the tablet, but again, it’s a big so what. I stopped off in the eShop, remembered that I just had the 8gb model, and turned it off again. Didn’t wan tto pay $20 for Trine 2 anyway.

Here’s the thing. This is a very cool, potentially great console despite my ho-hum, Grinchy attitude toward it. Even though I didn’t feel that “this is the future of gaming” feeling that I felt using a Wiimote the first time (look how that turned out), I can imagine all kinds of awesome applications and innovations that would take advantage of it. The question remains if developers are going to leverage the novelty to do something interesting with it. Or if it’s the new waggle. There’s a very big “if” involved in assessing the Wii U and in particular the gamepad.

I’ve got a rental Darksiders II on the way, which I’m looking forward to, and I’ll probably try Assassin’s Creed 3 on it. I can finally play Xenoblade Chronicles, which I’m picking up today. I don’t have- and don’t care about- Nintendoland. Most of the other launch games I’ve either played elsewhere or have zero interest in. The promise of Bayonetta 2, Platinum’s other title, and using that gamepad in Colonial Marines give me much to look forward to. Developers, it’s in your hands whether this console becomes a major player or another laughing stock like the Vita. Sure, there will definitely be good Nintendo games on it. But what else? The tools are definitely there. The other very big question involved with the Wii U if there’s money there to convince game makers to use them. After atrocities like the Cold Stone Creamery Ice Cream Game and M&Ms Cart Racing, not to mention any cut-rate minigame compliation, it isn’t hard to worry about what’s on tap for this new, promising hardware.

This morning, I looked at the console as I was putting a movie on for my son. It couldn’t be. Was that what I think it was? No. No. It can’t be. It can’t be a speck of dust. Not yet.