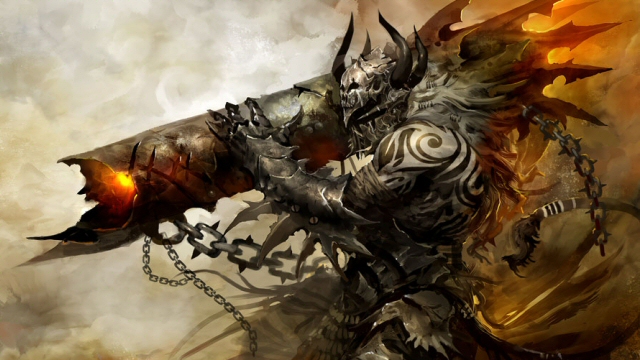 If you bought into the hype of a wholly re-imagined MMO, Guild Wars 2 will likely spark a tinge of disappointment, but it’s a temporary affliction. MMO-players have certain expectations, and some staples of the genre work just as they are, so trashing all of that ‘just because’ would probably amount to video game suicide.

While most MMO developers focus on giving familiar features a unique spin, ArenaNet is re-examining the core purposes and implementations of those features. It’s a subtle, but very important difference. 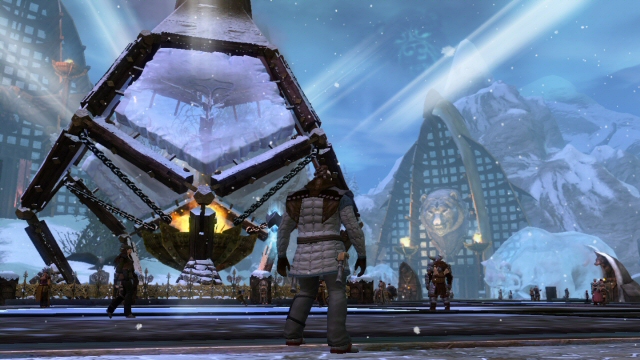 A prominent example of this reworking in Guild Wars 2 can be seen when numerous players converge upon the same quest-goal. In TERA, which I recently wrote about, I was tasked with defeating a minor boss, as were a dozen other players. Since no one was willing to group together and simultaneously complete the quest, we all waited in a circle in hopes of landing the first blow when the boss respawned.

In Guild Wars 2, every player who participates in a portion of a battle can walk away with a completed quest, XP based on the level of contribution, and a potential reward. I don’t ‘think’ that the presence of additional players reduces the rewards given to others, nor does it matter. A minute shaved off one fight is a minute to jump into another battle. Plus, the lack of competition to snag a kill first imbues every encounter with a sense of camaraderie. I have never seen players so willing and eager to lend helping hands and revive downed players.

Opinions regarding the Dynamic Events have been mixed, with many people comparing them to the Public Quests of games such as Warhammer Online. The key difference is variety. There are some events that continuously cycle, but there are also events that appear sporadically for players in the right place at the right time, and ArenaNet has been vocal about the desire to constantly inject Guild Wars 2 with new events at every level. The overarching feeling is that you can entertain yourself for hours on end, and be rewarded, without officially accepting a single quest. 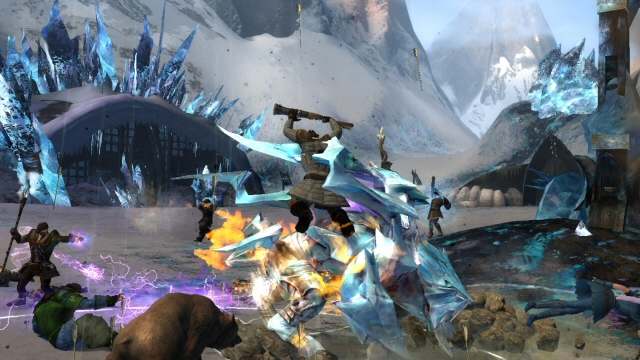 While roaming the countryside and partaking in battles as I saw fit, I became acutely aware of just how much padding is in a typical MMO – time spent traveling, waiting for quests, crafting materials, etc. With multiple fast-travel options in every zone (no cooldowns required) and the ability to use the auction house from any location (pickup still requires a vendor), it’s clear that boredom is one emotion that ArenaNet wants to eradicate.

This anti-timesink mentality is extremely evident in the crafting system. If you’re a crafter, you undoubtedly know the pain of realizing that someone beat you to punch by a few minutes and is systematically sucking every node dry of materials. In Guild Wars 2, nodes not only respawn faster, but players who simultaneously interact with a node both receive materials. When it comes time to craft a large number of identical items, they are created in bulk; no lunch breaks while waiting for 50 individual timers to count down.

I’ve been trying to find an MMO, new or old, to fill the void until Guild Wars 2’s unannounced release date, but I already feel spoiled. Fallen Earth? Way too much traveling. TERA? Too much quest-grinding. EVE Online? I better concentrate on my real-life financials first. While Guild Wars 2 may not spark a revolution, it is incredibly high on action and low on time-sucking filler, and that is exactly what I’m craving in an MMO. 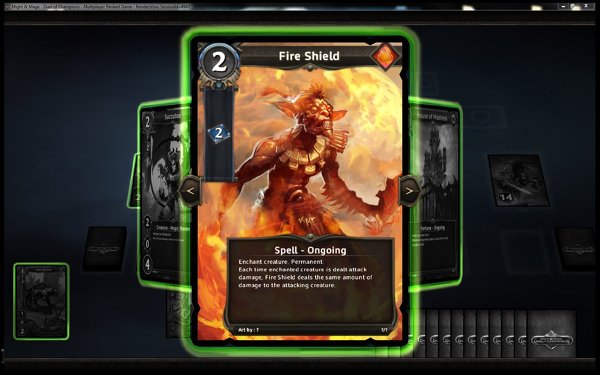 Ubisoft is continuing to try to find ways to keep the Might & Magic license relevant, this time with a card game. Now, we all love our card games here at NHS and some of us still enjoy Might & Magic. (I still feel the series peaked with HoMM III but that’s a story for another time.)

Anyway, this card game will be “free to play” which sounds like a potential money sink if you want to get the good cards. PR ahead:

Today, Ubisoft announced the development of Might & Magic Duel of Champions, a new online free-to-play card game. A closed beta of the game is available now in France and other countries and regions will be added to the beta testing in the coming months.

Might & Magic Duel of Champions is being developed by Ubisoft Quebec, and will be available for both Windows® PC and Apple® iPad®. Players can compete against each other online across platforms, and post updates on their progress to Facebook and Twitter from within the game. The game also features an in-game messaging system and other social features.

Might & Magic Duel of Champions includes hundreds of new, detailed, collectible cards all set in the Might & Magic universe. As players develop their skills and strategies, they’ll be pitted against each other in battles, challenged to earn new cards and grow the strength and abilities of their chosen hero’s army. Players also can enhance their experience and replenish their card supply by visiting the game’s online store.*

For more information about Might & Magic Duel of Champions please visit: http://www.duelofchampions.com