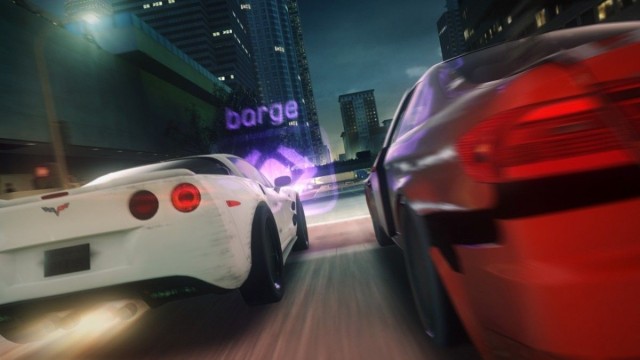 Is that the answer? Is the current hardware the reason why games like Split/Second and Blur fail to make a dent at retail? That is the opinion of Gareth Wilson, formerly Bizarre Creations. There’s some interesting quotes here in the OXM interview.

You remember Blur, right? A kart racer with some neat ideas, but in the end…a kart racer. I played a surprising amount of Blur and, while a decent enough game, still –it clearly was going to have limited appeal. It was also well received by the media and even that couldn’t save it.

“Over the past three years since our purchase of Bizarre Creations, the fundamentals of the racing genre have changed significantly. Although we made a substantial investment in creating a new IP, Blur, it did not find a commercial audience. The problem with Blur, Split Second or Motorstorm is they’re probably just a bit too niche for the modern market. They’d probably do great as downloadable titles but the market just isn’t there any more.”

He’s right. A game like Blur or Split/Second battling the $60 retail game is a recipe for, well, what happened to Blur and Split/Second. It’s not that racing games can’t succeed at full retail but when you have Forza and GT — how many racing games, regardless of the sim aspects, can the market support? So a huge investment into a new IP like Blur was perhaps not the best move, especially at a $60 price point.

Wilson suggests that new hardware is the answer.

“We need a new console. Racing games always do well when a new console comes out, and you do a new physics engine and improved graphics, but towards the end of a console cycle it’s always quite hard to push racing games, I think, because if you’ve DiRT 1 do you need DiRT 3? If you’ve got PGR3 do you need PGR4? I’m not so sure. It really relies on technology, the racing genre. Maybe more than other genres. So with the next hardware we should be able to create features with another level of immersion and quality.”

Is it the need for new hardware?

Or the need for a more affordable product in a marketplace that can’t support a lot of similar style games?