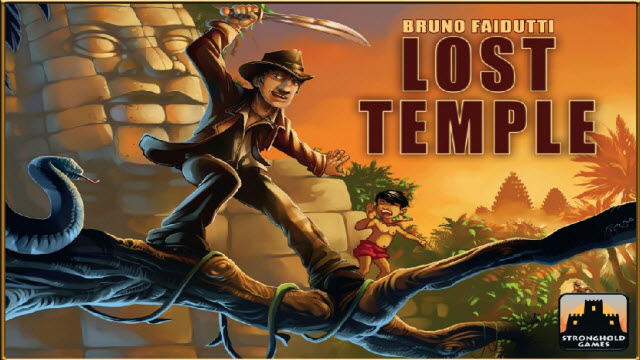 I really like Stronghold Games a lot- they’re doing a lot of great reprints (like freaking McMulti/Crude) and they’re also bringing out some interesting and not necessarily safe titles like Panic Station that are positioning them to be the next Z-Man Games, which is in my opinion a very, very good place to be. Last week I reviewed Revolver from them, and word is from the company that there are expansions planned for it that may very well alleviate my one big issue with the game- that it may not have legs over repeated plays.

But they can’t all be winners. Lost Temple, a re-implementation of the Citadels mechanic, is OK but I’d hardly recommend it to anyone apart from large groups that need a 7-8 player game that plays in a reasonable amount of time. It’s essentially a “role selection and move” race game, and the mechanic doesn’t really feel quite right for it. It’s not broken or anything like that, and it can be fun- but it’s just largely unremarkable.

Review is at Gameshark since they paid for it. This week, I’m reviewing Victory Point Games’ Destined Hero- an 8-bit board game.