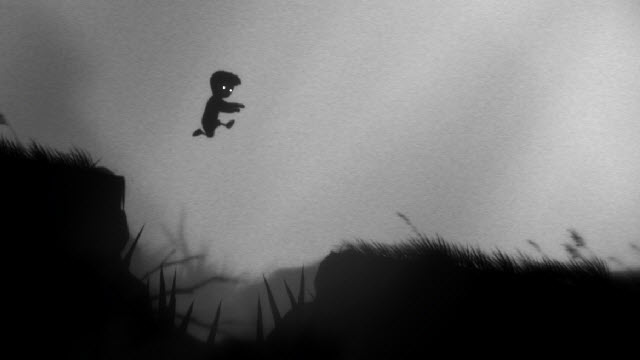 When Limbo came out a couple of years ago, it was widely beloved and critically praised. When I played it, I couldn’t quite figure out why puzzle platformer mechanics and gameplay concepts 20 years past their sell-by date were heralded as being any more innovative or progressive than what you’d find in a Call of Duty title. I had a similar reaction to Braid. Did people not play Prince of Persia: The Sands of Time? And when I see all of these indie (and faux-indie) games with their retro-phony 8- or 16 bit graphics, wilfully low-fi chiptunes, and endless iterations on Miyamoto’s mid-1980s design playbook, I can’t help but wonder if all of this is actually moving the medium forward. Or if it’s miring areas where it could have the most creative potential in miguided, misrepresented nostalgia. Have you actually played the original Ninja Gaiden, first Castlevania game, or the Mega Man games lately? I have. I think their time has more or less come and gone and I’d just as soon not rhapsodize about how great those games were when I was ten, let alone pretend like those games are still current, timeless, or somehow better than today’s big-budget AAA titles.

More and more, I’m growing tired of the retro video games trend. Cutesy box art throwbacks, “demakes”, App Store games trying desperately to recapture the feeling of playing a 16-bit JRPG- all of it is at this point simply getting old. I’m going to play the bitter old man card here, but I played all of the stuff the retro trend- largely perpetuated by people who were likely not even born when the NES released in 1985- lionizes and references. Most of it I’d just as soon leave behind and move forward from there. The irony is that a lot of retrogressive design is mistaken for innovation. 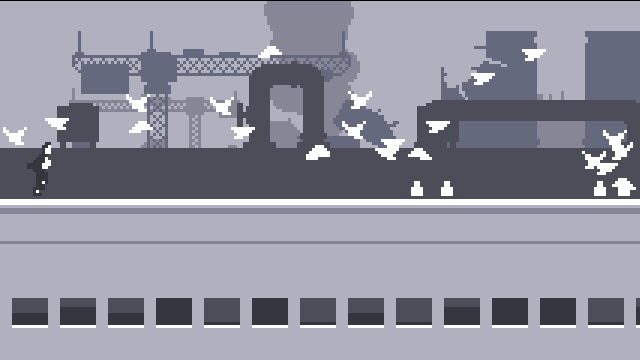 Over the past decade, this nostalgia for crude graphics, simple gamplay, retrograde design and even old fashioned box art has turned into a luddite reaction against the rise of high-profile AAA games made possible by cutting edge graphics engines, modern gameplay concepts and big budgets. Proponents- quite wrongly- suggest that all that matters is gameplay, while ignoring that games are a specifically audiovisual, technologically enabled and reproduced form of media. Some reactionaries- also quite wrongly- would suggest that primitive, 2D platformers and atavistic arcade-style games represent the creative and innovation vanguards in the medium.

Then you’ve got indie developers like Phil Fish and Tyrone Rodriguez, suggesting that their retro-styled 2D platform titles (the five-years-in-development Fez and the Cave Story 3DS port) are somehow superior to all of modern Japanese design and Hideo Kojima’s entire ludography (except, apparently, the first Metal Gear). Like music, games have developed their own culture of atavistic snobbery centered around nostalgia and the celebration- and reiteration- of past successes.

I completely appreciate the punk rock attitude of the garage developer and I love the notion of recovering game design from the hands of giant corporations and getting back to the days of one-man-shows like David Crane and Garry Kitchen. I think the limitations of technology and resources that many smaller developers face drive them to more retro-styled designs and this can often be a positive source of inspiration. And of course I love a lot of classic design concepts- I’m a huge fan of fighters, platformers and shmups, and if anything is old fashioned it’s genres like that. Hell, I played both Guardian Heroes and Dracula X: Rondo of Blood last night. But the totemic, romanticized, and fetishized celebration of the primitive is a phase that I’m ready to see end. 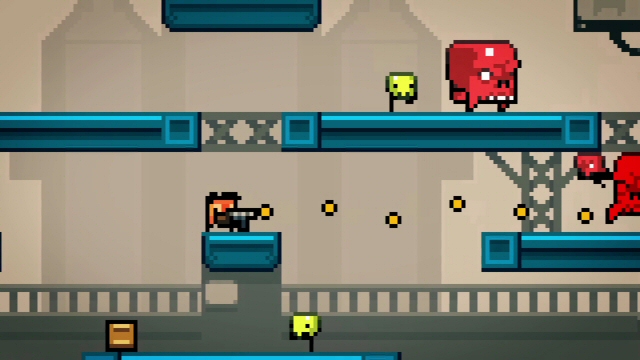 It wasn’t always like this. In the 1990s and into the 2000s, nobody wanted to play old NES games. At least not widely, and there wasalso the issue that older games simply weren’t as accessible. You had to have the old hardware and software. With the rise of the Internet, backcatalouge became more available, so if you weren’t even born when the NES, Sega Master System, Odyssey II, or whatever was avaialble, you still could get to more or less the entire history of video games. Virtual Console was a veritable encyclopedia of gaming from the mid-1980s to the late-1990s. This is a great thing, and an important thing in terms of preserving the medium’s history and educating future generations about where it all comes from. But once the rose-colored glasses are on or the 20-year old up-and-coming programmer starts to refute modernity in rebellion against the EA/Activision corporate cartel, the past can be a trap.

The problem is that it’s easy to retreat into the past and to do that whole “they don’t make ’em like they used to” thing. I do it myself in music and film all the time. The hard part is to take that impetus and translate it into forward motion, innovation, and change for the better in the present. Games like Super Meat Boy, Shadow Complex, Bastion, or Sine Mora are hardly old fashioned or retro, despite their references and homages. They elevate their gameplay models far above simply retro-fetishism with postmodernism, revisionism, and a sense of occuring at a comprehensive point in the evolution of their respective genres- and in the evolution of the games medium itself.

I find it terribly ironic, with these points in mind, that many of the same the same people that rue Gears of War and Halo for ruining games and locking down creativity have no compunction about repeating and reiterating NES or SNES games. Slap on some somber lighting or another visual gimmick and make it seem like there’s a vaguely sensitive theme and you’ve got a hit. Even if the game is really just a deconstructed version of Jordan Mechner’s original Prince of Persia design, or if it’s really just Super Mario Bros. in emo drag.

I’m ready for games to be more modern, not more like the games I was playing 25 years ago. I’m ready for advances in technology to make new representation and visual styles possible. I want to see new gameplay concepts that go far beyond the run/jump/shoot framework. I don’t want to play another game that’s more or less some guy’s love letter to playing Blaster Master in 2005 on an emulator. I’m done with Pac-Man variants and the entire line of post-Robotron 2084 dual-stick shooters. I’ll take something sleek and sophisticated like Yamaoka’s soundtrack to Sine Mora over some crusty chiptunes. I’m far more interested in the painterly illustration style of Dishonored or the cold futurism and amazing lighting of Dead Space 2 than I am in seeing another cute indie attempt at making an iconic pixel art character.

I want to see indie developers and those working outside of the larger corporate firms embracing modernism and working toward moving the medium forward. I’m tired of homage and “love letters”. I’m sick of in-jokes, coy references, and tributes. Take what you’ve learned from the past and use it to make the present better. But the retro-fetishism and nostalgia needs to be left to die and be buried, preferably in a cemetary next to Mega Man, Link, Sonic, and Mario.