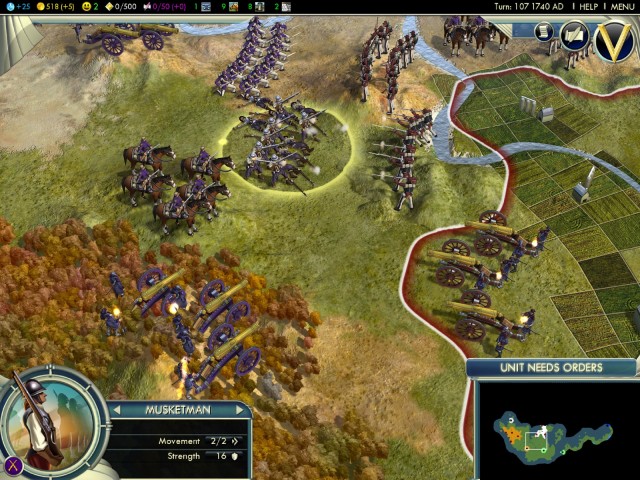 The essay below is from Jon Shafer. Jon’s Wiki page says he was, “lead designer and principal programmer of the video game Civilization V at Firaxis Games.”

Yeah, yeah whatever. Show off.

Jon’s also a friend of mine. He plays in our Out of the Park Baseball league as owner/GM of the up and coming Caledonia Geckos. (Hey he named them…) His blog, Jon Shafer on Design should be a regular haunt for strategy fans, or just game fans in general. He asked me to post the essay below, in full, here at No High Scores, which I’m more than happy to do. It’s a great read.

The essay is about how to lower the point of entry for strategy games — making them more accessible early on. One thing Jon says that is spot in this:

More players quit a game in the first hour than the rest of playtime combined.

So consider this our first “guest” column here at No High Scores. It’s a good one.

Something I recently spoke about at PAX East was my number one hope for the future of strategy games: reducing the barrier to entry. There are several ways this can be done – without sacrificing a game’s depth or complexity. I’ll discuss a few in detail, namely: good tutorials, good user interface and good demos.

Tutorials have long been one of my biggest pet peeves. The ones you find in most games are terrible and the reasons why are obvious: they’re no fun to work on, there’s no glory in making a really kick-ass tutorial, and they’re really hard to get right. However, a good tutorial is extremely important, and well worth the required grunt work.

While the underlying purpose of a tutorial is to teach new players the rules of the game, this should really be secondary to another goal – being fun. The whole reason people play games is to enjoy them (duh) and their first impression will go a long way in shaping their future experience. If you have to spend a large chunk of time grinding through something boring in order to get to the good part – why bother? There are other games and forms of entertainment which don’t force you to pay this ‘time tax’. 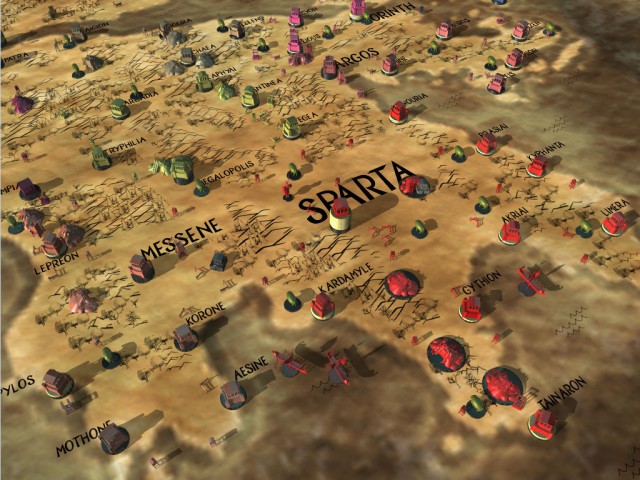 Some might argue that it’s impossible to make a tutorial fun, but that’s absolutely false. How you ask? The answer is simple: by making the tutorial a priority and actually designing it to be fun. If all you do is haphazardly throw information at the player and don’t bother to incorporate actual gameplay, of course the tutorial is going to be as much fun as watching paint dry. The best tutorials always provide an experience very close to the core game. If your game is about combat, let the player have some say in how to attack the enemy, instead of providing a list of precise, inflexible instructions noting exactly what to click in what order. (Most) people are told what to do every day from 9 to 5 (or so) – they don’t also want to be told what to do in their free time.

Forcing the player to perform a series of actions where there’s no room for creativity or engagement is the worst possible introduction. Don’t lose sight of the fact that the reason why games as an entertainment medium are popular is because they give the user control over what’s going on. Also remember that the tutorial is someone’s first experience with the game. More players quit a game in the first hour than the rest of playtime combined. The first experience needs to be the part of the game which stands out and shines. Unfortunately, the opposite is often the case.

A good way to pace the amount of information a player must digest is to embed your tutorial in the core game experience, instead of having all of the instruction take place in a separate tutorial mode. The player jumps right into a game and is provided information about the different elements of the game as they become relevant. A good example from Civ 5 is that every time a new type of resource is discovered by the player, one of the advisors pops up and explains what it does. We didn’t bother teaching the player what iron or other strategic resources were good for until it actually mattered.

Some might argue that you need to know the whole context of the game in order to make informed decisions, and this is true to some extent. However, the reality is that most players just aren’t going to be able to keep everything in their head and apply all of that information the first time they play a game. It takes time and experience to build up to an understanding of deep strategy, and to get to that point players have to feel comfortable at every stage along the way. The end goal is to have as many people enjoying your game as possible, and throwing everything out at the very beginning undermines this in a major way.

Some players still desire the safety net of a formalized tutorial, so it’s wise to also ‘package’ all of the in-game help into a custom-tailored scenario which ensures the player runs into all of the learning moments in the order the designer prefers. This is the approach taken in both Civ 5 and Stardock’s upcoming game Fallen Enchantress. 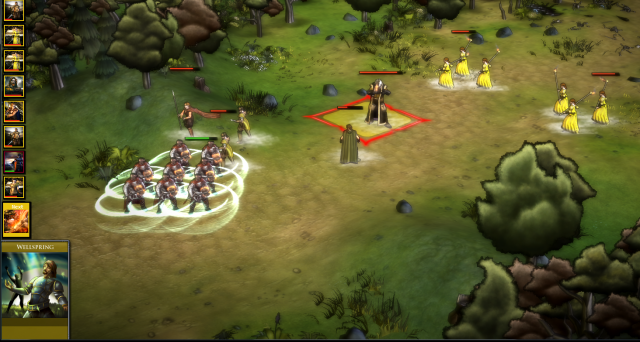 The big downside to this approach is that… well… it’s a lot of work. It can be hard to ignore the allure of needing to spend only a couple days whipping together a few screens of text, but don’t forget the important point from above: the tutorial is the entry point for a large percentage of players, and as a developer you need it to be one of the best parts of the game. Do you want first-time players talking with their friends about your cool game, or just the few screens of text that you only spent a fraction of the total effort on? Or worse, talking about how the idea seemed neat but they just couldn’t figure out what was going on?

Outside of a full-on tutorial system, an easy way to ease players into a game is simply to nudge them in a direction at the start. “Hey, there’s this quest you should probably go on, and we’ll give you step-by-step instructions on how to complete it, but if you want to do something completely different that’s cool too.” Players want freedom, but most also want at least a little structure and positive reinforcement, and throwing out a few optional goals is the best way to make everyone happy.

A game’s interface (UI) also has a huge role to play in bringing new players into the fold. The most important interface items should have the most weight on the screen. Size matters (at least with UI) and the more prominent something is the more likely a player is to pay attention to it. Organize logical groupings of UI controls in a single area, and section them off from unrelated ones. Make sure buttons look like buttons, and that it’s obvious that everything you can’t click on is to be ignored. For good reason, artists like to play up style but always remember the most important part of a user interface is the usability. You don’t want players to feel like they’re fighting the game in order to perform actions or get the information they want. I’ll have more to say on the topic of UI in a future article.

The last thing I’ll talk about is demos. I’ll sum it up this way: demos are great, and every game should put one out before it’s available on store shelves (digital and otherwise). If you’ve made an awesome game then you want people playing it and talking about it. Someone is a lot more likely to try out a game that’s free than one that’s 30 or 60 dollars (just ask any free to play developer). Going free-to-play is a big leap and definitely not right for every project, but every game benefits from a demo. This is especially true for strategy games, where demos are by far the best tool in a marketer’s arsenal. There’s a big difference between seeing a few screenshots and actually getting to play and find out first-hand what all the fuss is about. Like a good tutorial or UI, a demo takes quite a bit of work and is usually not the most exciting development task, but they all can make a huge difference in a game’s visibility, player enjoyment and ultimate success.