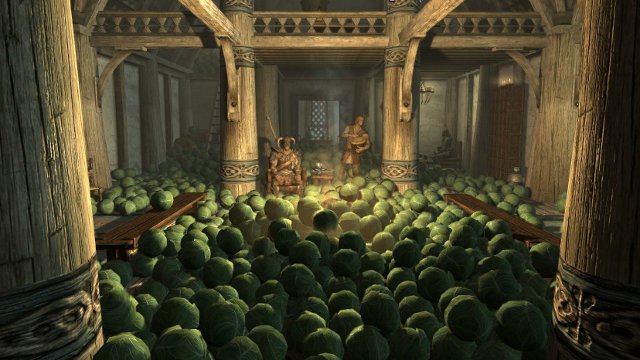 By happy coincidence, I happen live and work in Bath, which is not only a lovely city but a mere stone’s throw from where most of the UK’s best video gaming magazines get written and published. So, obviously, I keep a pretty close eye on the material they put out. And thus I came to discover in CVG the saga of Olaf, a simple denizen of Skyrim, and his quest to accumulate enough gold to buy a manor house without adventuring, just exploring and doing day-to-day jobs like hunting, mining, chopping wood and picking cabbages.

Olaf’s tale is incredibly compelling. Of course the narrative arc and writing style are good but what makes it particularly absorbing is its innate contrariness. Skyrim is a game environment crafted to allow mighty-thewed warriors and wise mages to become famous through deeds of high and daring adventure, not a cabbage-farming simulator for peasants. That the intent of the game designers can be subverted in such spectacular fashion is perhaps the acid test of genuine “role-playing” in a computer RPG, a genre that’s more commonly synonymous with stat-crunching power builds than actually stepping into the shoes of a fantasy character. Previous experience with Bethesda’s open world RPGs has demonstrated that simply giving players freedom is insufficient: most will still power-game, and most non-adventure related activity quickly becomes boring.

So what makes Olaf different? The answer is that he has very clearly defined rules to his role-play, and an equally clear goal. When you look at what’s going on, it seems so simple as to make you wonder why people hadn’t done it before. And it turns out they had. Olaf was inspired by the Living in Oblivion series, where a journalist tried to live the life of a non-player character in the predecessor to Skyrim. The rules employed weren’t quite as a draconian as Olaf’s, and the goals less clearly defined. but the intent was the same. But having learned this lesson, what struck me is how difficult it is to come up with a set of rules and restrictions that allow you to role-play and still have a fun time doing so.

I had assumed that Living in Oblivion began as a random leap of imagination. But it turns out I was wrong. Its creator, Chris Livingston, got the idea after finishing the main quest in Oblivion but, not yet feeling ready to leave the game world behind, spent time exploring the houses and non-player characters in the game. While doing so he discovered that one particular NPC actually went on holiday: she would periodically visit someone in a different city. During that time her house would stand empty, and she would be found in the dwelling of her distant friend. Inspired by the idea that NPCs could have social lives of their own, he decided to create his own NPC, an ordinary citizen doing ordinary things whilst trying to survive in a dangerous fantasy world. 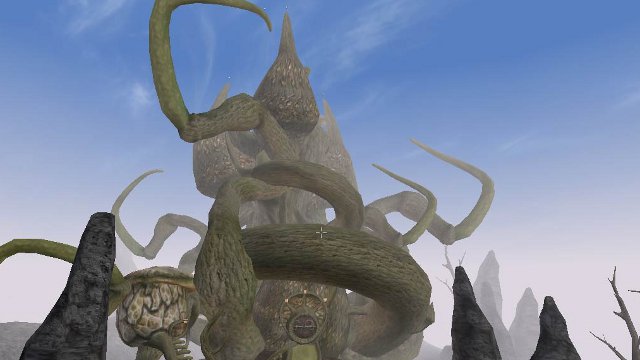 So it took a particular trigger and a special flash of inspiration to send someone who was both an experienced journalist and an experienced Oblivion player down that path. The lesson is that role-playing imaginatively, outside the usual confines of the game, is hard work. We can’t all suddenly just come up with our own versions of Olaf and Nondrick. The last time I tried something like this in a video game was in the predecessor to Oblivion (seeing a pattern here?), Morrowind. Rather than follow the main quest (which I never finished with any character) I built a mage and set out specifically to immerse myself in the immoral but curiously fascinating world of the House Telvanni, one of the noble families of the game world cast in the long fantasy tradition of secretive, insular, power-hungry wizards. It was great fun for a while, but ultimately it fell flat. There was too much temptation while out and about to go poking my nose into places it didn’t belong and start exploring side-quests, or getting sucked away into the main quest by one of the many points of interface between the House and other areas of the game.

Effectively the problem was that I hadn’t placed sufficient restrictions upon myself. But the more rules you put in place, the harder it is to find a fun combination. I suspect that, unless I’m simply terminally unimaginative, there aren’t many interesting paths through open-world RPGs other than ones similar Olaf’s, or ones that involve sticking fairly closely to the original intent of the game.

But it got me thinking. Ultimately one of the things that makes Olaf absorbing is that in spite of all his rules, he has an awful lot of freedom. Without the need to follow a scripted path, or to indulge in the usual RPG pastimes of stat-building and inventory-accumulating, his story becomes far more compelling and his actions actually more open-ended. Casting my mind back through all the role-playing games I’d ever played, I tried to think of others that had had that same effect, and encouraged me to simply explore and experience rather than pressuring me to build and collect. There were surprisingly few, and none of them were Elder Scrolls games. In fact I could think of only three: Fable, Ultima VII, and a relatively obscure old 8-bit game called Questron. 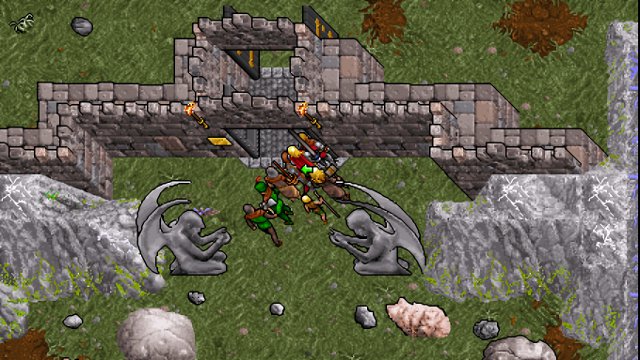 What those three games had in common was that the story was sufficiently compelling to make me not care about making a power-build. Instead I wanted to rush from quest to quest, to consume the plot, uncover the next twist and turn in the same way that cunningly written thriller novels do. In fact it’s interesting that two of those three games – Fable & Questron – are actually pretty weak as far as gameplay goes. But they still succeeded admirably in capturing my imagination.

As I have observed before, open-world games like the Elder Scrolls series suffer from that lack of focus. What I’m observing here is that they also suffer from trying to please gamers with both a realistic world to explore and a compelling plot to engage with. They’re trying to be all things to all people. This doesn’t make them bad, or not fun, it’s just that ultimately a game that’s spread so thinly across so many different goals is going to have trouble being truly satisfying for most players.

So it made me wonder, how would an Elder Scrolls type game be if it just gave up on an overarching quest and became an open sandbox world for you to play in? There would be quests, of course, and sometimes quests that interlinked into short stories. But without a plot the player would be truly free, truly encouraged to set their own rules and their own goals. They could act like the Nerevarine, Morrowind’s mythical god reborn, or they could be Olaf, or Nondrick or a follower of House Telvanni or anything they wanted, free of the constraints imposed by having had to craft a world in the service of following a particular heroic plot. They’d be free to role-play in the proper sense of the word. The question is, how many players would really be ready for that challenge of making their own value from a game instead of having it imposed from outside. Sadly, I suspect the answer is very few. Are you one of them?