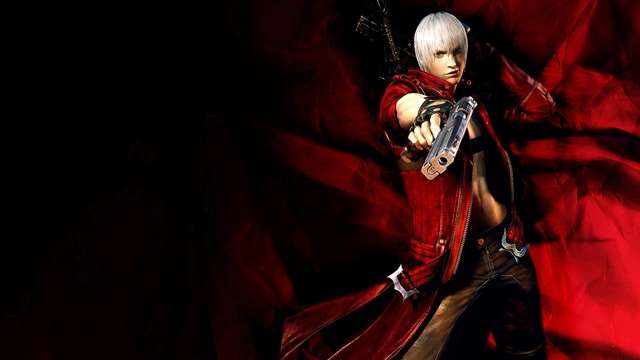 The most surprising thing about playing through Devil May Cry via the new HD remaster collection isn’t that I wound up absolutely loving it, having somehow never played it since it was released eleven years ago. It’s that the game made me terribly sad. Not because the barely-there narrative of Dante, Trish, and the awesomely named Mundus, but because it reminded me of how video games used to be before the industry began strip-mining and over-monetizing itself under the banners of DLC, preorder bonuses, and online passes. The classic Capcom title also recalls a time when game makers were working with technology that wasn’t really anywhere near approaching cinematic technique with any seriousness or effectiveness. Instead of employing quicktime events and prattling z-grade scriptwriting to tell stories, the thrust of the game’s narrative is almost completely in its gameplay, setting, and atmosphere.

Devil May Cry is definitely an old fashioned game, and I mean that in the most affectionate way possible. The save system is obnoxious and you’ve got to buy these stupid yellow orbs that look like some kind of gummy candy to continue without redoing the entire mission over. Voice acting and dramaturgy is the pits, but those were the par-for-course Achilles heel of Japanese design in the early 2000s. The camera angle is fixed despite it being a 3D action game, and this undoubtedly would chafe modern gamers used to panning and tilting a clumsy camera around a character. Locked doors requiring weird keys and simple adventure puzzles abound.

That makes sense because the game was originally conceived as a Resident Evil entry, and it looks, feels, and even sounds like a pre-RE4 franchise effort except that instead of Panzer Jill or Abrams Chris the character is free-moving, limber, and has an unlimited supply of bullets. The game predates Itagaki’s Ninja Gaiden by a couple of years and Kamiya’s title lacks that sixth-gen masterpiece’s depth and variety. It’s a basic hack and slash game that exists somewhere halfway between Golden Axe and Bayonetta.

But all of the above doesn’t matter, because the game is a great example of how timeless, solid gameplay overrides technical limitations and dated or obsolete concepts. Control is great, the combat system is simple but laced with flourish, and exploring the castle is compelling. It’s not quite the great location that Arklay Mansion was in the first Resident Evil, but it has a similar sense of architecture and space. It’s expertly laid out, with every furnishing positioned with the precision of an expert propmaster. But boy, does Dante hates furniture- who knew that chairs contained so many red orbs. The set is left a shambles. 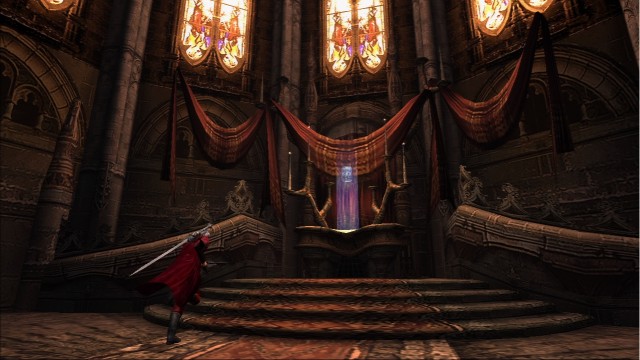 It’s a sub-ten hour game, but it’s the kind of thing that’s worth coming back to. Performance rankings are a powerful incentive to replay, as are secret areas and alternative paths within a relatively linear framework. The game is meant to be replayed at higher difficulty levels, and since the gameplay isn’t tied so specifically to narrative it doesn’t feel tedious to revisit completed missions. I love the structure- 23 fairly short missions, each with a specific goal. It’s almost casually bite-sized. You can either buckle down and burn through a string of missions or just do one in ten minutes or so. It’s almost a modern concept.

It surprised me that I was able to get into the game and without a sense of feeling like it must have been great for 2001. I feel like it’s great for 2012. I recently tried to play Ico and Shadow of the Colossus and although I appreciated both, I liked neither for exactly this reason- I felt like I had missed the point at which those games had the most impact.

But what I keep coming back to is how refreshing it was to play a game that was 100% complete without any DLC, marketing gimmicks, screechy “community” politics, controversy over endings, or other modern quibbles. It was also refreshing to play a game that was very clearly a video game and had no aspirations to multi-billion dollar sales and no ambition to compete with any other form of media. It also exists a million light years away from the pretentious indie attitude that video games can be revolutionized by rhapsodizing about how great the 8- and 16- bit generations were. Its bluster and attitude are now quaint, but Dante’s silly swagger and ridiculous anime look are still not redolent of the off-putting hyper-male, locker room machismo of many modern games. There’s a certain glam rock patina to the game that I just love.

It also reminds me of how much I really do like Japanese design and how much I miss that pervading sense of cross-cultural strangeness that games going back into the NES era often had. Goofy internal logic, nonsensical storylines, ludicrous incongruities. It made me miss the days when Japanese designers weren’t trying to emulate the West- and gamers wanted the quirk, strangeness, and charm more than they wanted AAA polish, blockbuster sheen, and Michael Bay wallop. At least Platinum Games still carries the torch. They remember.

Playing Devil May Cry for the first time circa 2012 was hardly a trip down memory lane for me. I had no nostalgia for it. I wasn’t frothing at the mouth that Dante’s hair isn’t white in the upcoming- and very awesome-looking DMC from Ninja Theory. I just wanted to play a good brawler with great gameplay regardless of its vintage. But by being reminded of how much has been lost in this console generation, I got more than I bargained for- depression!