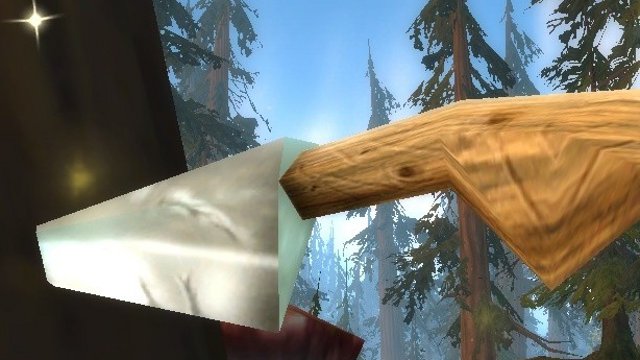 Like most teenage video game addicts in the late 80’s, I fantasized about being able to play my favourite games online along with my friends and any number of random strangers. In those days doing such a thing on an average home computer was absurdly beyond the reach of technology. It wasn’t long before commercial multi-user games appeared though, such as Shades, a game I longed to try but sadly I was unable to convince my parents to invest in a modem for that sole purpose.

I eventually realised the dream while I was at university, where I started playing an obscure multi-user game called Nanvaent. It still exists, basking in the same text-based glory that it had back in 1996. I played Nanvaent and played it hard over the next seven years, eventually becoming a “creator” or coder. Indeed I suspect it was instrumental in my failing to complete my doctorate, and equally instrumental in ensuring I was able to salvage a career as a programmer from the ashes of my academic dreams. And once I’d made that switch, I never touched the game again.

I stopped playing partly because I became too busy to devote the proper time to it, but also because I grew to understand that the basic idea of a multi-user role-playing game was founded on a nonsense. Nanvaent, like all multi-user games before and since, was full of quests many of which chained together into a plot of sorts. But all those quests were open to each and every new character. You might go and kill Grimtooth and his relatives and earn your quest points but Grimtooth still returned to the bar of the Hole and Firkin every ten minutes or so for repeated slaughter by aspiring questers or, indeed, any powerful characters who fancied the xp and the loot. The same applied to every non-player character and every quest in the game.

This inconsistency fundamentally destroyed my suspension of disbelief in the game. It was categorically not what I wanted from a roleplaying game. I wanted story, narrative and the chance to role-play, to lose myself in another world, a fantastic place that I could nevertheless believe in. Text-based multi-user games could give me none of that. And as far as I can tell in spite of all the advances in hardware and software in the intervening 25 years their modern descendants, MMORPGs, still can’t. What both kinds of games can and do offer is the possibility of exploring a fantasy world alongside a very large number of fellow humans instead of the digital constructs that have stalked the corridors of computerised dungeons since the advent of computer games. 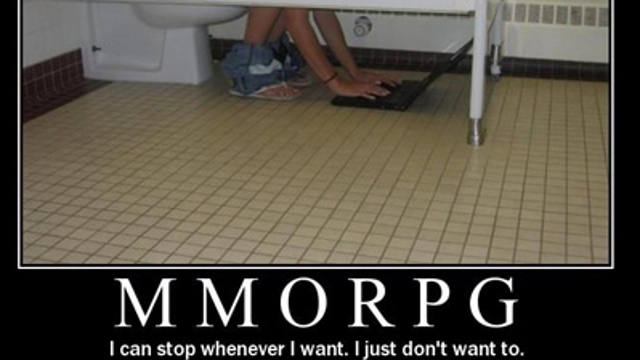 That is a big offering. Anyone who’s ever played a computer adventure game of any sort will have bemoaned the necessarily shallow interactions you can have with the characters and monsters in single player games. Multi-player versions of those games solve this by giving you lots of other real people to interact with. But it’s a trade off, because to gain that sense of reality, you have to sacrifice the reality inherent in a linear, single-player experience.

Which brings up the big question of “which is better”? To which there is of course no one answer as different people expect different things from their games. For me, narrative wins every time. For other people the powerful sense of community offered by jointly delving into a make-believe world is what pushes their buttons. It’s not to be underestimated: it kept me playing Nanvaent for seven years. And far be it from me to proffer judgement on what people should or should not enjoy in games. But here’s the aspect I do find puzzling: I get a similar sense of community engagement from participating in websites such as this one. What drives some people to choose a highly addictive source for their online chat kicks instead?

The clue is in the question. It’s not a choice, but an addiction. The response-reward model at the heart of almost all computer RPGs is incredibly addictive. It comprises basically the entirety of the appeal in the multi-million selling Diablo series. Likewise, the sense of instant connectivity offered by online communities is also oddly compulsive, as wryly highlighted by this famous XKCD cartoon. Computer interaction is inherently obsessive. So with MMORPGs, players are hit with a triple whammy of digital crack. And once you’ve tasted that sweet nectar, there’s no going back, even when you realise the sugar is poisoning your body and your mind. 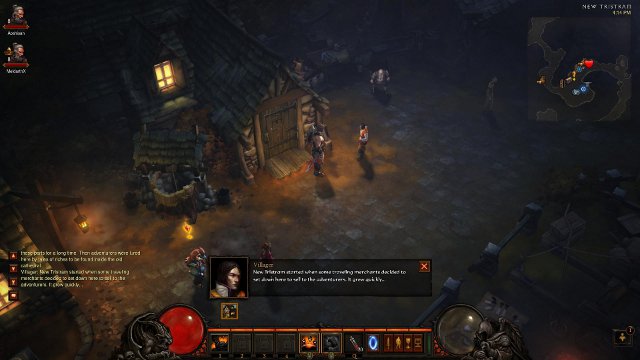 Truth be told, knowledge of my own weakness and fear of enslavement is a large part of what originally kept me away from MMORPGs. But as I’ve aged, I’ve found the appeal of online gaming generally to have diminished. There was once a time when I’d cram in as much of the original Team Fortress mod as I could manage. But servers nowadays are too often populated by a hideous mixture of the repellently aggressive who’ll abuse you during and after every game, and the repellently obsessive who’ll put in hour upon hour of solo play to learn the maps and relentlessly thrash any lesser mortal who sets foot on their domain. Often these two stereotypes are both applicable to the same individuals. Playing against them isn’t fun: it’s the equivalent of choosing to stand up and be bullied.

Playing against your friends, on the other hand, is fun. It’s more fun if you can actually be in the same room, but given the time and space constraints of our modern, grown-up lives, I’ll take a network connection and a headset as an acceptable alternative. And of course the multiplayer component of most games allows us to create private, password protected realms for doing just that. But MMORPGs thrive on packing as many gamers as possible into the same realms. For them, it’s not an option and everyone is exposed to the trolls and the griefers and the obsessive-compulsive in all their hideous glory whether they want to be or not. Some multi-player games, such as Day Z, make a virtue of this, but the MMORPG needs a real sense of community and cooperation to function.

These then, are the reasons I find the allure of MMORPGs rather baffling. They offer no sense of coherent narrative. They are dangerously addictive. The communities they create have an unfortunate tendency to exclusivity. I find that a sufficiently elevated soap box to climb on and lecture other gamers on the deficiencies of the genre as a whole from a great height. But am only one individual. And surely, eleven million World of Warcraft subscribers can’t all be wrong. Can they?