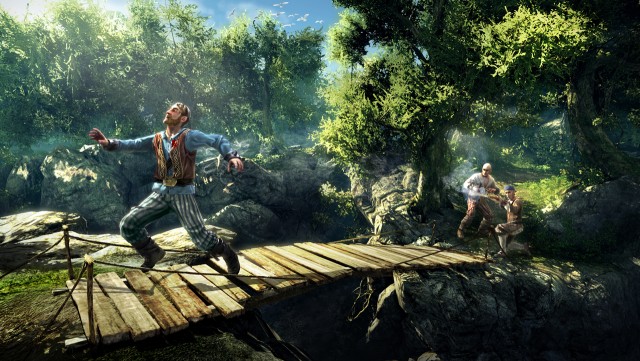 As Brandon mentioned in his Calendar Man post this morning, Deep Silver has pushed the release date of the pirate-themed RPG to July 31st. It’s curious as to why the game would get such a deep push if the PC version is ready now but I suppose we must take Deep Silver’s word when it says:

…the console versions of Risen 2: Dark Waters will now offer extra content on both platforms. They contain the episode “The Air Temple” which features several hours of additional gameplay. Risen 2: Dark Waters for Windows PC remains (set for its target release date). It has already gone into production and will (release) on April 27, 2012. The game will be released exclusively via digital distribution for PC users in North America, and as a retail version for consoles.

So I guess PC gamers don’t need the “Air Temple” — good to know.