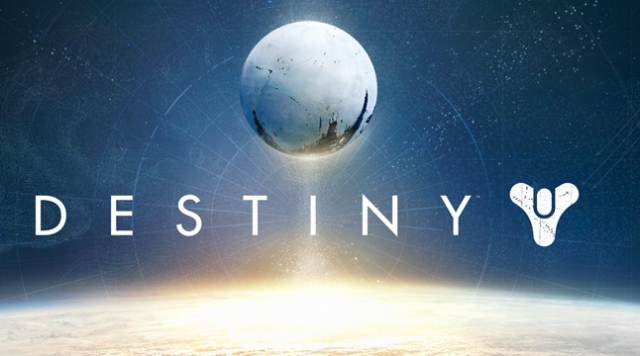 Like many of you, I’ve been playing Destiny. I’ve mostly retired from playing AAA video games for a number of reasons documented here at NHS and elsewhere, but a new game from the creators of Halo was compelling enough to get me to go to Gamestop- for the midnight release, no less- to pick up a copy of this big-budget blockbuster. Because Bungie understands video games better than many other developers. They understand play, and the Halo games have always excelled at providing players with lots of ways to engage their content. Their mechanics are impeccable and their games are thankfully free of the kinds of negative, hateful “let the bodies hit the floor” style violence so common in other popular action games.

But one thing Bungie has never been good at is telling a story.

Let’s face it, if you were over the age of 18 or so when the first Halo came out then you’re old enough to realize that the success of Bungie’s world-building and lore-crafting has more to do with their James Cameron-like sense of military detail and production design grounded in practicality. The actual writing, the dialogue that spills out of the mouths of Master Chief, Cortana and…that other guy…is atrocious. The plotting is nebulous at best, nonsensical and incoherent at worst. Dialogue is mostly of the sort that sounds really awesome when you’re 15. Tropes flood the games, watering down the most successful parts of the story- there is a mega-weapon called the Halo. Aliens shoot at you unless you shoot them first.

Coming back to Destiny, one of the common complaints that discussion forums and comments are neck-deep in this week is that the Destiny story “sucks” or is practically non-existence. There is a sense of disappointment that there’s no Master Chief-like character to anchor the action. Folks are upset that there isn’t more of a sense of world-crafting or specific narrative upon which to hang all of the alien-shooting.

At first, I’ll admit I felt that too, that it was missing a narrative binding to hold together the outstanding, finely tuned gameplay. But then I realized after a few hours that not only was I thankful that Bungie abandoned both their own storytelling techniques from last generation, but also the faux-Hollywood methods that have poisoned AAA game development by shoving gameplay to the back of the bus in favor of non-interactive spectacle.

Instead, it seems that Bungie took a cue from the Souls game rather than The Last of Us. The story of Destiny is effectively told in two pieces. One piece, the most important one, is in what you as a player do with your character over the course of the game. The weapons, missions, social connections, discoveries and events are the story. It’s not told in non-interactive cut-scenes. It’s not told in a vast, open world filled with NPCs spouting canned sentences.

But the other piece of the Destiny story is the more interesting one. Bungie has opted to do something that is almost never popular with the proletariat. They decided to create the world, the story of Destiny almost entirely through vague suggestion, imagery and wilful exclusion of detail.

Even if you’ve just played the alpha or beta, you can see this in the Russian area of the game. You know about the Traveller, some vague suggestions that it has some kind of function similar to the Monolith in 2001. There’s a couple of different alien species that have sort of waylaid humanity’s expansion into space. There’s a mysterious power called “the Light”. And then the Guardians, sort of ranger-warriors fighting to preserve what’s left of humanity.

It’s clear when you first walk out into post-Collapse Russia that something went down. There doesn’t need to be any more detail than what is shown. You see downed, ancient jet fighters and tanks. There’s that amazing vista of the Cosmodome, its launch pad prepped for launch but in a state of arrested function. Do you really want there to be a cut scene that shows you exactly what happened, or would you rather engage your imagination and wonder?

There are, of course, some minor details supplied by Peter Dinklage’s much-maligned, disaffected line readings. There are bits of background story amorphously suggested here and there- the names of guns, systems of nomenclature, allusions to organization and culture. But the vast majority of what happened and is happening is implied, not enumerated. I think this was a brilliant decision, and one that is already divisive. They went gameplay first in it, but they took a much more sophisticated approach to world-building and storytelling than I expected.

Destiny, in a lot of ways, shows how Bungie is very much trying to sort out what exactly a next generation FPS game looks like. It’s a highly studied, carefully constructed game that draws from a number of trends in game design from the past several years. It’s surprisingly experimental for a game with a gazillion dollar budget, but it plays it very safe in terms of actual gameplay. Yet they’re skirting close to (and actively) antagonizing gamers by witholding “lore” details.

I applaud Bungie for taking a big chance by jettisoning the weakest part of the Halo formula. I’m really quite stunned that they dared to dare players to use their imaginations, to tell their own story through gameplay rather than by parading didactic fake cinema across the screen and calling it a “game”. Once again, the internet dogpile mob has demonstrated that it can’t be trusted when it comes to opinions and analysis about video games.