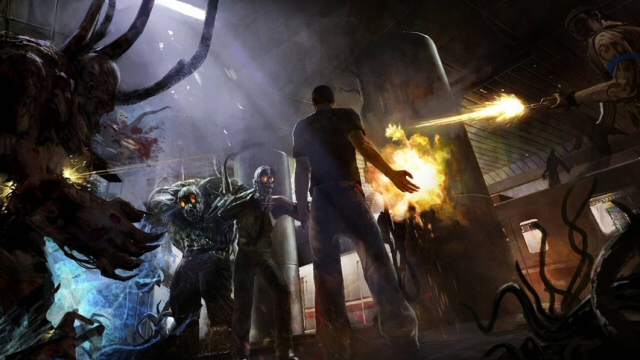 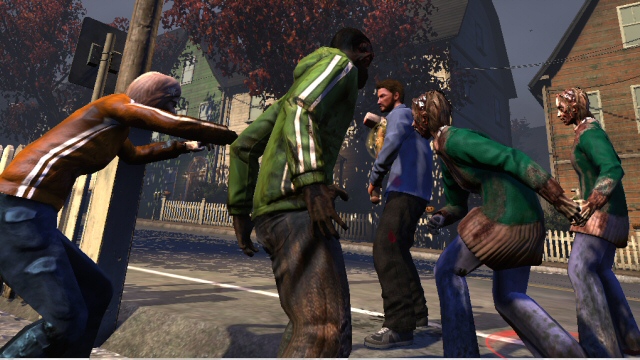 I rarely play more than a single MMO at a time, and, if the past week of playing The Secret World is any indication, Guild Wars 2 is going to have some ferocious competition when it arrives. I’ve been aching for a good MMO set in a modern world. The Secret World still has swords and sorcery, but the combination of Lovecraftian horror, secret societies, and grand storytelling has firmly planted its teeth.

I had some initial doubts. The sight of everyday citizens dual-wielding pistols and performing backflips stands in stark contrast to the gloom and grime of the atmosphere. And, unless your goal is to create a Gordan Freeman doppelganger, a blue-haired clubber, or a half-naked hottie, character creation is bland. This is especially surprising given the variety of NPCs. The voice-acting is heavy on poetic exposition, but NPCs are distinctively memorable and they effectively instill The Secret World with a livelihood that boxes of text can’t match. 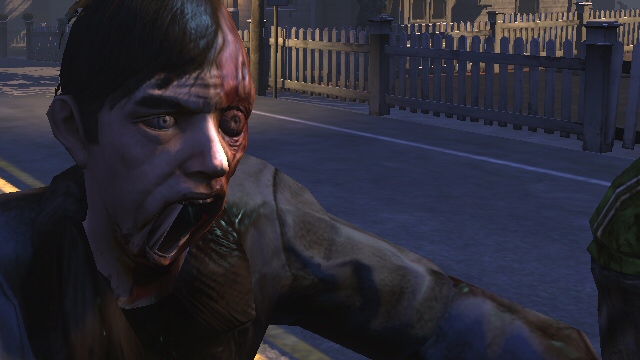 The introductory segment falls short in both excitement and explanation, leaving you to navigate a miserably planned Help section. Here’s a tip for future UI designers: if your document contains numerous sub-menus, a ‘Back’ button is mandatory. It’s not as if the menu system is all that helpful anyway; nearly skipping the process of Assembly (crafting), breezing through the ability system, and neglecting other key details. For any questions, the in-game web browser is greatly appreciated, and makes a person wonder how such a feature is not yet a staple of the genre.

The seaside town of Kingsmouth is the most engaging starting zone I have encountered in an MMO. I have yet to feel the jaded cynicism that early missions tend to inspire. The usual tropes, such as ‘defend this’ or ‘kill that’ or ‘go there,’ are brilliantly masked. You don’t ‘just’ kill zombies. You dump napalm in the sewers and bludgeon the burning remnants. Instead of escorting a courier, you watch him get mangled and then follow the blood trail to retrieve the package. Even the simplest of side-quests, of which there are plenty hidden throughout the town, have a wonderful tendency to expand upon the overarching storyline. 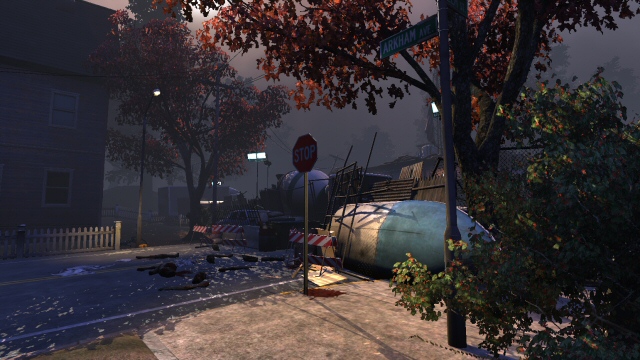 Investigative missions are particularly worth mentioning. These are missions that require players to utilize the in-game web browser to find clues beyond the confines of the game. Clues might be hidden in dummy websites created specifically for The Secret World, or they may be based in real-world trivia. The nature of search engines makes me question the longevity of this system though; the more people search for clues, the higher particular topics are ranked, such as guides for The Secret World.

When the missions in The Secret World fail, they fail hard. There are a few notoriously buggy quests, which are to be expected. My main concern is with quests that both require and assume, without any indication, that you are simultaneously performing other specific quests, or that you are looking in a specific direction to notice a vital clue. Fail to follow the developers’ invisibly assumed path and enjoyment quickly transforms into frustration. I can only hope that such instances are the exception and not the norm.

What surprises me most is not only how long I have been in Kingsmouth, but that I have yet to grow tired of the town. I already know the streets and much of the terrain by heart, and yet, I still look forward to the few missions that I have yet to complete. Whereas my focus in other MMOs has been on progression, on completing the next quest and moving to the next section, The Secret World has managed to make me care about the well-being and stories of its inhabitants.