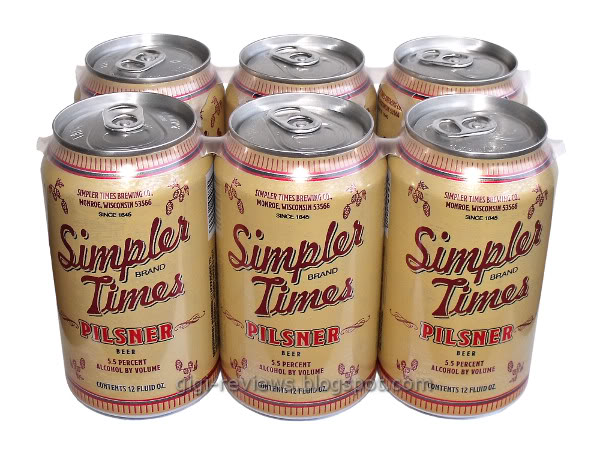 I recently picked up a second hand copy of Origin, a game that Asmodee released last year that didn’t really have much of an impact in the face of the countless deckbuilders, Kickstarter zombie miniature games, worker placement titles and LCG add-ons that crowded it out. It just came in the mail and I popped open the colorful box, depicting a friendly scene of some folks playing the game. Inside were all of these wonderful people pawns laid out in the insert each engraved with primitive detail, mimicking the kind of early sculpture the expanding civilizations depicted in the game might have made. For the first time in a long while, I was charmed by the contents of a game box and the presentation of them.

I haven’t played it yet but Origin appears to be a sort of old fashioned European-style family game, the kind of thing we used to see a lot of in the 1990s when Eurogames first started coming over to the US and up into the 2000s, before European designers started to be influenced more by Princes of Florence than Sid Sackson. Simple rules, fairly high abstraction, short playtimes, approachable strategy- the kinds of things that dogmatic Ameritrashers shunned but that I for one never devalued.

I’ve been craving this kind of game, largely because the whole Ameritrash thing has become just as redundant and tired as all of those brown cube efficiency games in boxes with scowling old men on them were circa 2006. Another dungeon crawler, another dudes on a map game, another fantasy battle of some kind or another. Thanks, I’m full up on those right now.

I’m feeling an sense of nostalgia about the games I was playing ten and even 20 years ago lately. I’ve been firing up time-honored classics on IOS like Carcassonne, Tikal, Ra, Medici and Samurai. I’ve been trying to get my game group to play Cities and Knights or El Grande instead of the new games. Because quite frankly, I kind of miss the values that these older European games promoted and I am much less interested in the more complex American-style hybrids that have become all but dominant in the hobby, apart from the absolute best in that genre- titles like Chaos in the Old World, a game that is clearly influenced by El Grande but layered with additional complexity and specificity. It’s a great game, but it lacks the sense of directness and keen focus that El Grande had. Kramer and Ulrich’s masterpiece seems almost too simple by today’s standards, but it evidences the best of the higher end of the “German game” design sense- easy to play, but against experienced players it can be as compelling and dramatic as its more heavily themed, more narrative descendants.

Beyond the sense of focus and restraint, I miss the sense of discovery that these games, for me at least, embodied. When I break out my copy of Euphrat & Tigris (which I bought before there even was an English version), it reminds me of when I bought that game with very little information to go on. I knew it was a Reiner Knizia game, that it was roughly about Mesopotamian civilizations and that it looked a little like Acquire.I was still living at my parents’ house when I bought that from Funagain Games, whom at the time were the only US seller online stocking it. I paid something like $70 for it since it was an import. I think the Mayfair version can be had for under $30 these days.

There was a sense of frontier, of encountering something esoteric and foreign at that time with these kinds of games. There was an almost folksy appeal, something that I mocked affectionately as “olde worlde charme”. I was still, at that point, impressed when games came with wooden pieces. I remember getting Elfenland and opening it up to see that it had an insert with cutouts for each individual elf-boot pawn and thinking that was just deluxe. It didn’t feel mass-market, it felt almost artisanal and handcrafted even though it was just a plastic tray. Even those old Matthaus/Vohwinkel illustrations had a homespun charm in comparison to the faux manga garbage slathered on boards today. Is anyone really impressed by Fantasy Flight’s production quality or overdone illustrations anymore? When I see “great components” these days, I really just think “made in China”.

Discovery was such a big part of games back then. I’d look through rec.games.board for reviews. There was no Boardgamegeek at the time, and so much was word of mouth. You’d download plain text translations of rules. You’d have to make paste-ups to glue onto cards with German text. It all felt so exciting and strange, and you’d show up for Sunday night Magic or D&D with a game about farming beans. Everyone would be like “no way”, but by the end of the night nobody wanted to play Magic or D&D. Then everyone wanted to know where they could get a copy of Bohnanza.

I really miss that time, in retrospect, especially now with everything in the hobby so damn complicated, political and overanalyzed. You didn’t have banner ads screaming about Kickstarter crap in your face all the time. There wasn’t agonizing over warped boards or whatever the component issue of the day is. Writers like me weren’t even out there to complain about the state of the industry, distribution models and so forth. You just discovered these strange games- usually German games- and played them. It was hard enough to find and buy some of these games that making tuckboxes and “fan expansions” or whatever- let alone bitching about games online- wasn’t really part of the hobby yet. It felt like it was much more about what goes on at the table then than it does now.

And the games didn’t feel redundant, everything felt fresh and new. Settlers wasn’t like Euphrat & Tigris, which was totally different from El Grande. There wasn’t a sense that one game would come out and be followed by 100 others like it- the whole Dominion effect. There weren’t armchair designers everywhere taking a core mechanic and iterating on it. The closest thing to that going on was Knizia iterating on his own designs. Expansions weren’t assumed to be happening with every single release, and board games weren’t being designed as a method to anchor product lines. And games weren’t $100 retail.

I sound like such an old man, but they really were simpler times. The focus of being a game player at the time wasn’t on acquisition or the kinds of trainspotting bullshit that Boardgamegeek fosters, it was on discovering games (new or old) and actually playing them. All of the peripheral stuff was just that- peripheral. Back in those days, I rarely posted anything about games on the Internet and I wasn’t writing about them at all yet. That may have something to do with this feeling of nostalgia I’m going through but it may also be that I am dissatisfied lately with a lot of what is going on with hobby games. There should be more interesting themes, more innovation and more to explore. But too often, there isn’t. Not to say that there aren’t great games being made, not to say that there aren’t better games coming out today. But that feeling of innocence and ignorance is lost for me, and that’s kind of sad.

But getting Origin made me feel happy, and it made me feel that old spark again as I wondered what the colored wooden rings were for and why the people were in different sizes. The game may not pan out and it may be something I wind up trading or selling away. But for at least a few minutes, I felt like it was 1997 all over again, and that was kind of nice. I suppose this is a part of the whole “Cult of the New” mentality, always chasing that sensation you got from playing your first games of Settlers or whatever. I think it’s a mistake to constantly chase the dragon, so to speak, to get back to that first hit. But nostalgia is a powerful thing when you’re not feeling satisfied or fulfilled by your interests, and a fleeting feeling that takes you back to when a world was new to you can be a precious thing.