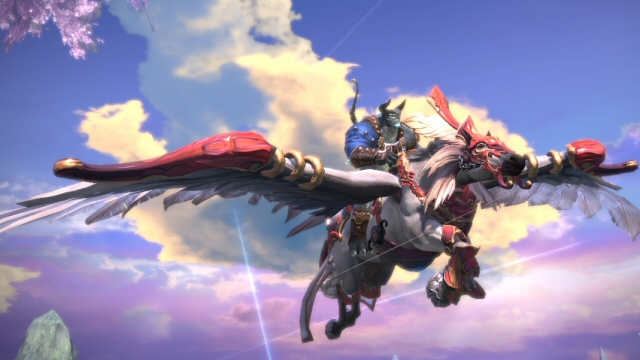 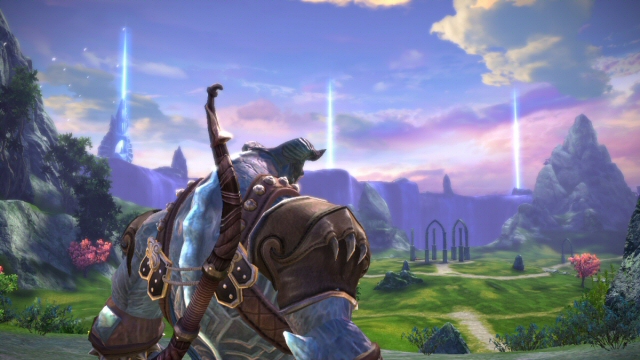 I can pinpoint the exact moment that I seriously considered hanging up my boots of adventuring and leaving the land of TERA. It happened during an escort-quest starring Seravy, the infamously invalid and directionally-challenged unicorn. There were no enemies to thwart or obstacles to navigate, unless you count grass, and it still took four minutes of intolerably slow meandering to reach our destination across the path.

Dungeons and boss-fights are the obvious highlights of MMOs, but the moments in-between those climaxes can still be engaging. In contrast, every single quest I experienced in TERA was a blatant time-killer with no sense of challenge. I have not yet delved into high-level content, but I have zero faith that TERA has anything more to offer, nor do I care to invest my time hoping that it does. 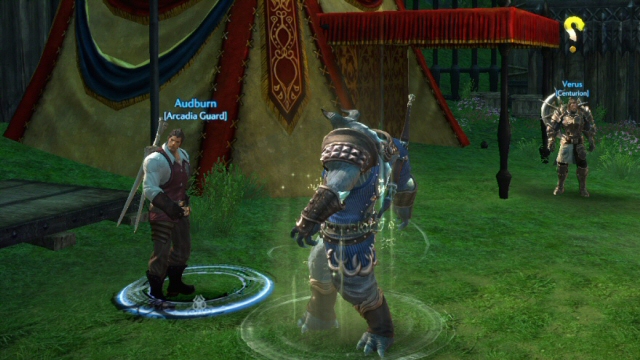 Look at the image above. The fellow on the right was the destination for my quest. See the guy on the left? That was the quest-giver. What you need to understand is that this is actually a very typical scenario. It’s not uncommon for a quest-chain to ping-pong between NPCs standing a few steps apart, or to span entire zones and back again for conversations with pointless characters.

So, when not traveling the globe for useless chitchat, what types of awesome quests do you get to embark upon? Well, you get to mindlessly hack your way through ten creatures, pick up your next quest and kill the same ten creatures, and set out to kill those same ten creatures for the third time. For the finale, you’ll get to experience the joy of camping at a spawn point in hopes of snagging a vital creature from the mob of other players with the same goal. 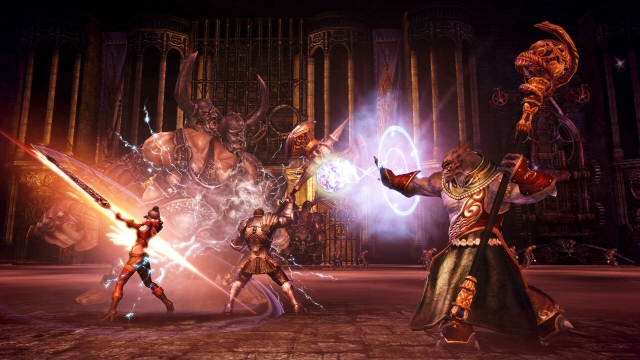 TERA’s combat has garnered ample attention, but calling something “new” doesn’t make it true. Fallen Earth and Darkfall excluded auto-targeting back in 2009, while MMOs such as Conan and Champions Online also incorporated some twitchy elements. Don’t go into TERA expecting the MMO equivalent of Bayonetta or Devil May Cry, as you’ll spend the majority of your time holding the general attack button. In fact, a pre-launch patch allows that single button to automatically activate your skills in sequence. How fun.

At one point, I entered combat and removed my hands from the controls as my opponent furiously thrashed at me with the might of a one-legged hamster. I sat back to enjoy a few minutes of snacking and conversation, and still my character stood strong against the onslaught, despite his pitifully light armor. That won’t work in PvP or dungeons, but it shouldn’t work in general PvE either.

I am a little intrigued by the potential of the political system, but I want no part of it in its current state. Through voting and PvP, players can become rulers capable of affecting the prices and availability of goods and services. I am typically a lone adventurer who occasionally teams up with a friend or a tiny guild. That another player can so dramatically impact my game due to differences in play-styles and time commitments is a huge turnoff.

I love the added danger of open-PvP and I always play on PvP servers when given the opportunity. In TERA, I wish I hadn’t. The penalty for killing a player more than five levels below you is added infamy, which keeps you flagged for PvP longer. On a PvP server, that’s like punishing a kid for stealing a cookie by giving him the rest of the jar. With the absence of any risk, every low- to mid-level zone is a griefer’s paradise. After an hour of repeatedly dying at the hands of someone 15 levels higher, I turned off TERA for good.

I’ve heard the arguments already, including “It really starts after level 20,” “That class is broken,”, or “It’s all about the dungeons.” The fact that people need to fortify TERA with such hefty defenses is a mighty big indicator that problems are afoot. With so many similar options on the table, including free-to-play titles, I can’t fathom why anyone would be willing to pay a monthly subscription for a game that requires so many concessions.