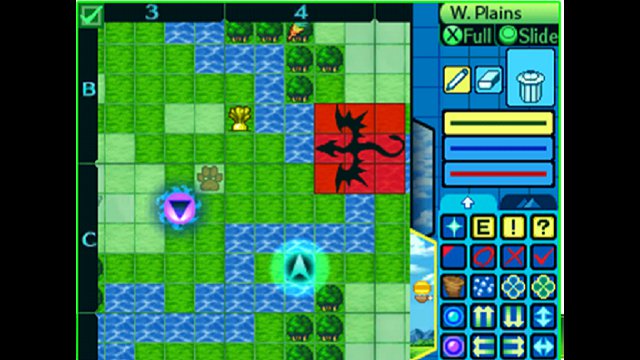 Etrian Odyssey IV is a game about maps.

It may look like a game about dungeons and monsters and airships, but it’s really about maps. Sometimes games look like they’re about one thing but they’re really about another. The World Ends With You looked like it was about Japanese teens fighting shadow monsters but it wasn’t. It was about pins. Pins and fashion. It was about equipping pins and leveling up pins and not equipping pins to level up your pins and switching out your pins and admiring your pins. All your pins. So many pins. It was also about wearing unpopular clothes and taking the attack hit for your unorthodox fashion sense, only to see your dress code skyrocket up to popularity. The World Ends With You was into wool caps before you were into wool caps. Now that you’re into wool caps, it is so over wool caps. 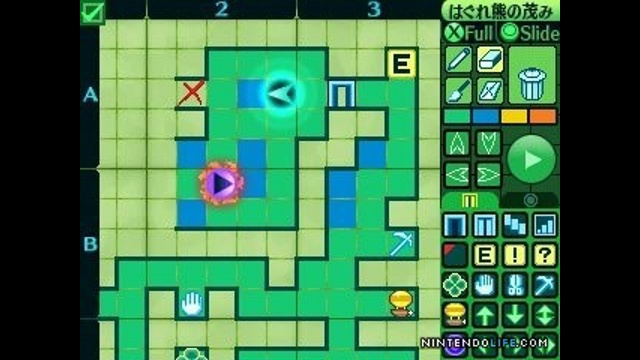 I’m assuming there’s going to be a story in Etrian Odyssey IV. I don’t know, really. So far I’m just doing fetch quests. Get some spices here, go kill a baboon there. This ship needs carrots. That one needs trout. That kangaroo is angry. You know, how kangaroos get. Crabby creatures. To complete these quests you venture into dungeons, first person style, and do battle with various grasshoppers and moths that make you go blind. Occasionally a bear shows up. He is also not happy, presumably from spending too much time with the kangaroo. Turn that frown upside down, mister bear.

As you progress through the dungeon, you map as you go, but it’s not the full featured work of a true cartographer, more like the hasty scribblings of someone trying to remember how to get you to the closest gas station. Making a true map means going off of the beaten path, investigating all of the cracks and fissures and occasionally running away from an angry, kangaroo influenced bear. At those times, you’ll appreciate having mapped out the area ahead of time, provided you were able to. I ran into a bear and was forced to flee but luckily, a secret passage awaited me and I was able to escape. I marked it on my map. It was pretty important, as secret passages go.

Etrian Odyssey IV wants you to make maps. When you take on side quests, it will tell you where on the map to go. A4, it says, assuming you’ve been to A4 and were paying attention. You were paying attention when you went to A4, weren’t you? People need fresh herbs. They are depending on you for their produce. 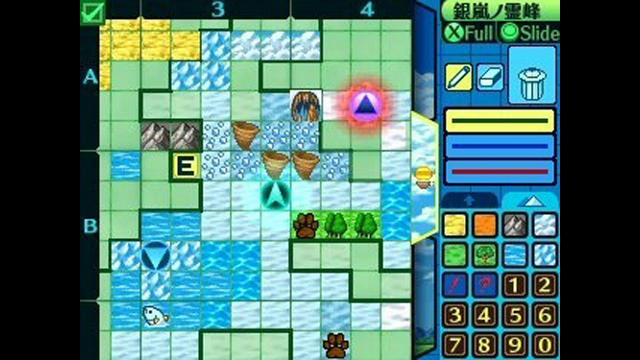 Etrian Oddyssey IV is also about exploring. You can’t make the full map until you’ve explored the whole dungeon. We don’t explore any more. We carry around computers in our pocket so that we don’t have to explore. We don’t go down roads to see where they go. Maybe it’s a dead end. Maybe it’s a new road. Maybe it’s a pig farm and you can get out and take pictures of all of the pigs. Yes, a pig farm. Right here. I know, right? Nowadays we don’t explore to find things. We yelp our friendsters to find the Lebanese place with the best hummus. Etrian Odyssey IV wants you to go looking for the hummus. It will taste better this way. Trust me.

I care much more about making the maps then fighting the monsters on the maps, a task made much easier now that I know how to assign skill points. Etrian Odyssey IV is not a game about player instruction, even when it really should be. “Go on, find the hummus”, it says when all I want to do is figure out how to level up my characters. Sometimes I don’t want hummus, sometimes I just don’t want to die at the hands of bipedal rats. 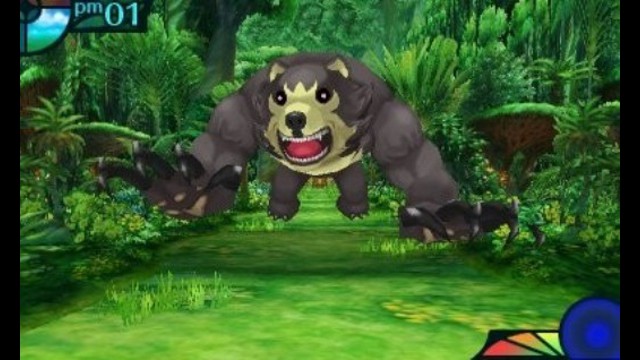 I spend a lot of time making my maps. When I come across a harvesting spot, which icon do I use? Which one did I use before? Do I want an arrow for this secret passage or an exclamation point? An arrow is functional, but what if it’s a two way passage? What then? An exclamation point has panache! Look here! Passage! Escape! Maybe it’s too much, though. Doors are important too, but there’s an icon for doors. They don’t exclaim anything. They just stately proclaim that they are, in fact, a door. They are unassuming, unlike those exclamation point fellows. Rowdy bunch, exclamation points.

When I finished the first dungeon and the soldier you meet along the way looked at my map and told me how good it was, I beamed with pride. In fact, I purposefully did not carry over my progress from the demo, despite appreciating the option, because I knew how substandard my map was in the demo. I’m not proud of it. It was functional, which is as backhanded a compliment as I can give it. Not this new map. This new map is glorious, exclamation points and all.

I hope that a story surfaces for this game eventually, but if not, that’s ok. I’ll come up with a story about maps and doors and exclamation points. About pig farms and hummus. About journeys to lost places and the angry baboons contained therein. Those are the best stories, any way, the ones you didn’t know you were writing until you stumbled upon them.