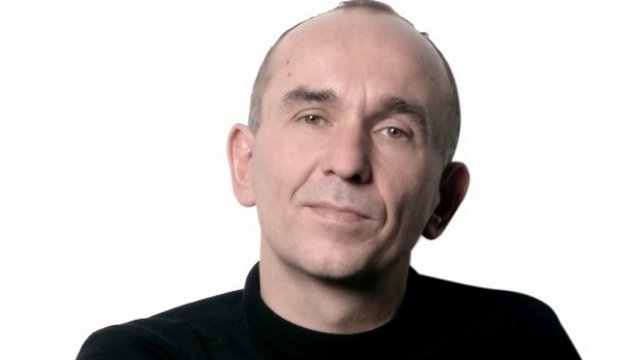 So you probably heard that Peter Molyneux announced today that he’ll be parting company with Lionhead and Microsoft, changing his involvement with Fable: The Journey from “Creative Director” to that of consultant and starting his own new venture 22 Cans along with another former Lionhead alumnus Tim Rance. Given that Molyneux is both British and one of the more colourful and divisive figures in the gaming community, I thought I’d take the opportunity to post a few thoughts.

In my head, Molyneux’s career thus far can be divided into two parts, mirrored by his involvement with two different studios. The first part he spent at Bullfrog, perfecting the “God Game” genre with games like Populous, Powermonger and Dungeon Keeper. A lot of these early games were wildly overambitious, a trait which has become synonymous with his name. Take the Populous games for example: they were a lot of fun to start with but quickly became repetitive, collapsing under the weight of the enormous scope they were supposed to represent on the comparatively limited hardware of the time. The same problem spoiled the otherwise awesome Magic Carpet (a game I’d love to see re-worked for iOS). Things improved a lot toward the end, with Dungeon Keeper combining a novel premise, interesting game play and an engaging story arc to keep players playing until the end.

The second phase, with Lionhead, can be characterised by an obsession with imbuing games with a sense of morality and consequence, as well as an even more inflated sense of ambition. This was first evident in the Black & White games which were promised as the ultimate, open ended God Games but which I felt were deeply frustrating and annoying. In hindsight it seems clear that there’s a dichotomy at work between the desire of game players to have possibilities of an open-ended sandbox world to explore and the desire to control what’s happening into a meaningfully strategic game experience. That understanding debuted in the Fable series with its frankly rather silly approach to morality in which the player was entirely in control of his own ethical fate through a series of obvious binary choices and was offered little or no incentive to explore more than one path. I actually loved the Fable games but that was in spite or, rather than because of, the focus on morality. I just found the design, evident humour and seamless combination of light RPG and third-person battler a delight.

So can we assume that 22 Cans will mark a new chapter in the Molyneux canon, with new obsessions and themes? I hope so. It has to be said that for the most part his games falls short of the expectation he sets for them and that his desire to push game play into dimensions it can’t easily explore tends to backfire but I’m glad he’s out there, designing games. People with that combination of creative flair and wild self-promotion aren’t that common, and while they often end up producing over-hyped, under-achieving product they do succeed in pushing the envelope that everyone else is stuck in. If there’s anyone who can take the industry beyond Call of Duty, it’ll be someone like Peter Molyneux.

So while we wait to see where the fickle winds of unfulfilled genius will blow our hero, I’ll leave you with this wonderful selection of Molyneux quotes.