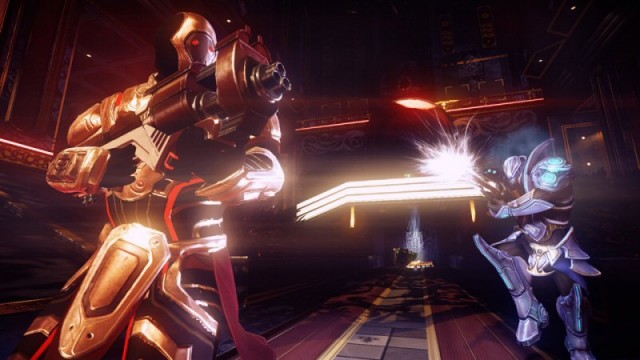 The rebels were decked out in JNCOs, the cool girls were sporting The Rachel, and Fred Durst was doing it for the nookie. Back in the late ’90s, there were no cover systems, no lifesaving perks, and regenerating health meant grabbing a med-kit. When Quake III Arena and Unreal Tournament dominated the scene, survival required breakneck speed and serious marksmanship, and maybe a rocket-jump for good measure.

Nexuiz (pronounced “Nexus”) aims to pull the sub-genre off life-support and give it a pulse. With no classes to choose from or ranks to work through, Nexuiz is going back to basics; way back. Without features such as balanced matchmaking, methods to boot idle players, or simple character customization, Nexuiz severely strains the divide between streamlined simplicity and under-development. 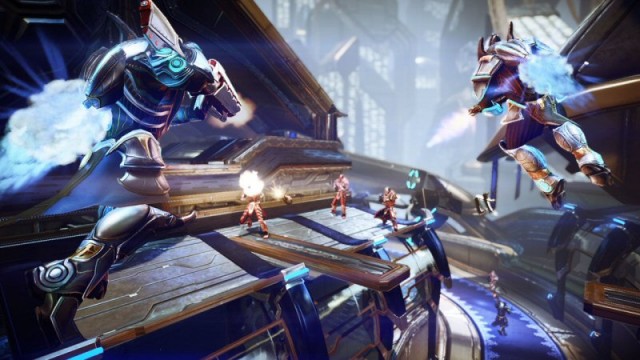 Team Deathmatch and Capture-the-flag are the only two modes available. That’s all I need to keep myself entertained, but players quitting and/or staying idle through multiple matches are serious problems, and there is nothing that you can do about it. Also problematic are the immediate respawns of flags in CTF (eg no 20-second cooldown after scoring), making it all too easy for a mildly coordinated team to steamroll the other.

Most of the weapons are of the techy-big-barrel-thingamajig variety. You’ll find the expected shotgun, rocket launcher, sniper rifle, and assault rifle. There are a few mild surprises though, such as a pistol that fires miniature missiles in rapid succession, and the reflective shots of the Crylink. Every weapon has a use, and I can appreciate the subtle strategy added by the alternate firing modes. The shotgun, for example, can fire a wide burst for close-range or a concentrated burst for long-range. 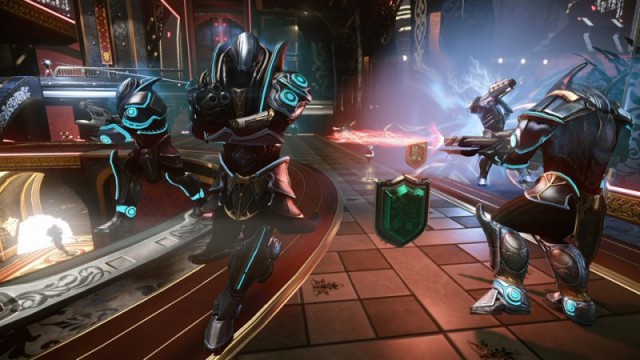 Although the nine maps feel small, they are packed with multiple levels, jump-pads, teleporters, and just enough crannies for more tactical-minded players. But, the maps are far too symmetrical. While this ensures a fair game of capture-the-flag, the symmetry makes for a less intense, and somewhat disorienting, deathmatch experience. Outside of capture-the-flag, what purpose does one half of a map serve when it’s exactly the same as the other half? It’s more space for the sake of space.

Mutators are the driving force of Nexuiz. As much as I enjoy them, they are the blue shells of shooters, and will surely repel many of the more serious-minded players. After picking up a Mutator, you choose from one of three random effects. It could be something as simple as shielding yourself or beefing up a particular gun, or as outlandish as turning the floors into slip-and-slides. You can spend points to increase the likelihood of getting a particular Mutator, but like it or not, you will get burned at some point. 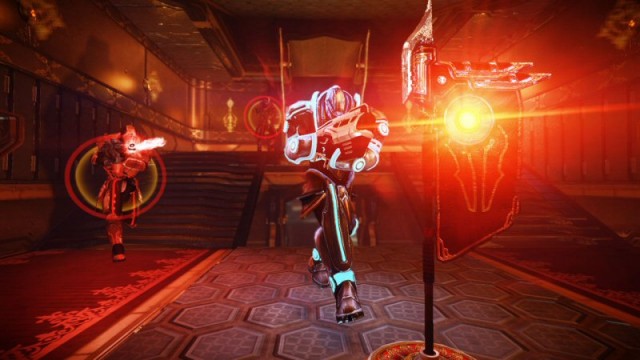 Call me a traitor, but Nexuiz reaffirms how much I enjoy gaining ranks and unlocking new equipment. A good kill-to-death ratio doesn’t hold the same weight that it once did, especially now that I’m older and have more responsibilities, and less spare time to defend my online reputation. By no means do I consider unlockable content to be a prerequisite or a gauge of quality, but it is a major factor to consider. After all, I felt the nostalgic touch, the desire to recapture the days of hijacking the school’s computer lab for secret deathmatches, but the memories were better left untouched.

Despite all this talk of the old-school, the more I play Nexuiz, the more I realize that it really isn’t that far removed from the multiplayer in games such as Crysis 2, Halo: Reach, and numerous other games of varying quality. Has the genre really changed ‘that’ drastically that we need a homage? Where do we draw the official line between the old-school and new-school? After all, Halo launched in 2001, only two years after Quake III Arena and Unreal Tournament. At least with the Halo series I get numerous modes to help keep the experience fresher for the long run.

Nostalgia is fine, but there are methods of merging classic gameplay with modern features. Nexuiz doesn’t so much as try, and, had it not been announced as a throwback, I doubt that we would be having a discussion about the old days. More likely, Nexiuz would only be seen as a competent FPS lacking the remarkable traits needed to stand out from the masses of generic sci-fi-themed shooters.