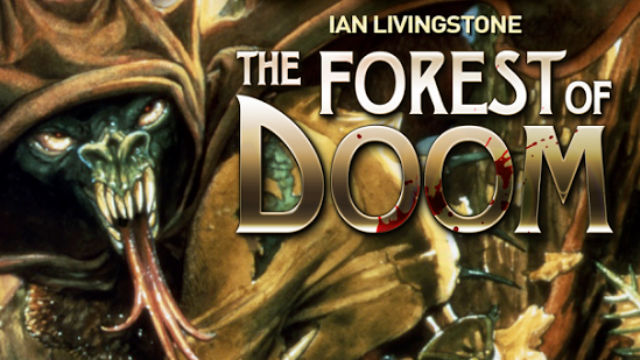 It’s one of the great ironies of modern gaming that the venerable format of paper gamebooks has made such a huge comeback on mobile devices. And riding the crest of this coolingly nostalgic wave is Tin Man Games. Authors may come and go, designers may build peculiar experimental magic systems into their apps, but the steady Tin Hand ensures a pleasing experience no matter what the content.

Their gamebook adventures engine improves with every release, making combat faster and the interface smoother. And I’ve always loved the eye for detail that goes in to their wonderful collections of achievements and book art, always with knowing winks to consumers of nerd minutiae hidden amongst the titles and the pictures.

Their latest game is a digitisation of hoary Fighting Fantasy title Forest of Doom, originally authored by Ian Livingstone in 1983, before he became officially omniscient in the world of gaming and the engine is as brilliant as usual. They’ve even added an auto-map function which is an absolutely joy, as I’ve always wanted to see a physical map of my path through a gamebook but am just too lazy, or maybe just too excited to keep turning the pages, to bother.

But sad to say that whatever mechanical innovations it provides, this latest jaunt into Fighting Fantasy land isn’t up to the quality of their other recent releases. It’s not the fault of the developer, but, bizarrely, that of the author. When signing the franchise rights over to Tin Man, he insisted this be one of the early releases. This is somewhat inexplicable, since it’s one of the weakest in the original run.

Forest of Doom is a no-holds-barred trip down into the worst excesses of 80’s adventuring. The overarching plot, which involves collecting pieces of a magical hammer to save a Dwarfish kingdom, is right out of fantasy boilerplates 101. The forest itself is just series of sequential encounters with mythical creatures with little to string them together into a meaningful whole, and few clues toward making good choices in the decisions you’re offered.

I have to admit that a part of me did enjoy this return to straightforward adventuring, written before the days when every monster needed a motivation and every dungeon a scientifically plausible ecosystem. But it wears thin with time. Especially when you discover that the book has an utterly nonsensical looping structure should you make it through the forest without collecting all the items you need. 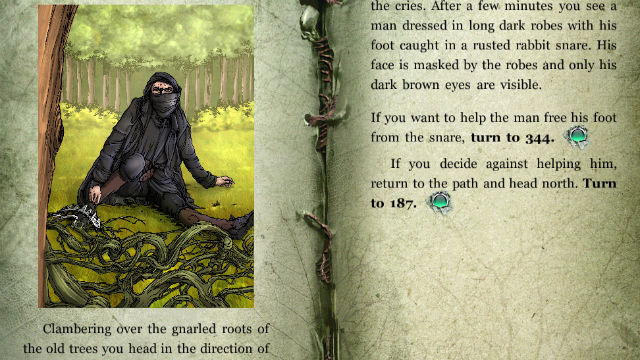 And that map, that wonderful auto-map that so excited me when I first began to explore the forest, ends up inadvertently adding to the woe. Because the best I can tell the book never allows you to turn south. So if you make a wrong turning and miss a location you know you need, you can’t go back to find it. The map taunts you with its prescience, showing the desired location in all its glory, but the text just won’t let you get there.

I think I’m right in saying that the original Forest of Doom was the very first Fighting Fantasy book I ever played. If so, I would have been nine at the time, which makes me thankful I wasn’t old enough to care about its literary shortcomings and went on to enjoy many other books in the series. But my modern day experience chimes with my recollection: I don’t remember it being as good as most of its peers with their imaginative settings and cunning puzzles.

I also remember it being easy, but that’s clearly something I made up. Or, more likely, without puzzles to stand in the way I just cheated my way through the whole thing. But the book does have a reputation amongst series fans for being relatively straightforward, so Tin Man have packed the hardest difficulty mode with a welcome tougher ending. At least it’s welcome until you actually try to get through it. My word; but it’s certainly a fun addition.

It’s a testament to the brilliance of Tin Man’s engine that I got engaged enough by the book to bother trying again on the hardest setting once I’d seen it through on an easier one. They’ve made the experience entertaining in spite of the weak book beneath it. But this is one for genre fans only: most gamers would be better off picking up their frankly superb conversions of Blood of the Zombies or Trial of the Clone, or their cracking in-house commissioned Assassin in Orlandes. And if you’ve not tried a Tin Man gamebook before, you really should do just that.