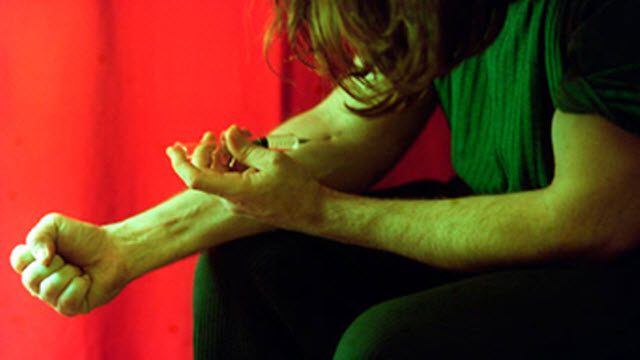 Reading through Todd’s great piece last week on his apathy toward video games, I found myself thinking over and over again “I could have written this”. I feel almost exactly the same way he does down the line about where the industry is heading, how it abuses its customers, and how spending time with your kids simply blows away anything you will ever do in a video game. What really struck a chord with me more than anything else though was this- “why on Earth should I make time for the hundred-hour slot-machine slog that is Diablo III?”

Paired with some forums discussion here a couple of weeks ago about freemium games operating on the same business principles as dealing heroin, it struck me that this entire business is based on, thrives on, and encourages addiction- perhaps not clinical addiction, but that kind of nasty consumerist addiction that tends to affect the young and weak-willed more than anyone else. It’s practically predatory, except for the fact that entertainment is voluntary. Video games are a junkie racket, from annual releases of the top franchises to the DLC sales model to buying funny money to speed up building in a freemium game. Gotta catch ‘em all.

You sell- or give- people a product. They use it up. They come back. You sell them something else, but you promise them more. Advantage. Special abilities. Improvement. Power. And everybody’s doing it, do you really want to be the kid at the party that doesn’t have the NEW Call of Duty map pack? Cut out the middlemen like the used sellers, buy direct from the dealers, and keep those marks on the mill.

We’ve always talked about getting “hooked” on games and there’s nothing wrong with digging in and enjoying a great game. I don’t know any game player my age that wasn’t hooked on Civ 2. Everybody’s gotten hooked on Tetris at some point. And yeah, Diablo really is based on the same addictive press a button, get a prize impulse that works on everything from Vegas slots to the claw machine down at Pizza Planet. But the difference in getting hooked in 1997 and getting hooked in 2012 is that you’re not getting hooked on great gameplay in a great product, you’re getting hooked on marketing, sales, and purchases. That new game smell. This year’s is better than last year’s, we promise. You like this game? Well, for $10, we’ll sell you more of it. You want to be better than your friends or some random Joe on the Internet? Well, if you preorder we’ll give you this special gun so you can kill him better.

They even sling their shit to children. They call it Smurfberries. 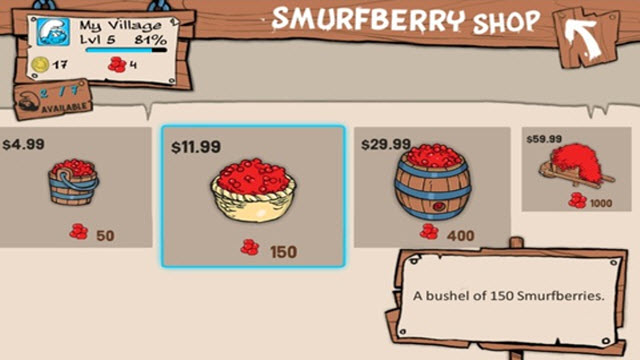 Thinking back to Todd’s comment about the Diablo III slot machine, why should I give any time- or money- to games and an industry that are based on this junkie-exploiting racket? The answer is that I shouldn’t, and the resolution is that I won’t. It’s why I would rather play a four year old JRPG like Tales of Vesperia right now over the AAA releases or something like Diablo III this week. It won’t treat me like it expects me to be a crack whore.

When you get older and things like family, career, and Real Life start to chip away at your game time, it becomes more precious. But more than that, you start to realize that you don’t HAVE to play games, you don’t have to be constantly worried about what the new release is and what the new screenshots are and what’s going to be in the DLC. You don’t have to be obsessed with the next level or next pieces of loot Because you come to realize that you have so many great things in life to choose from on which to spend your time and money. Games are a luxury pastime. But when you’re a junkie- whether it’s on drugs or video games- you get that addict tunnelvision and all that matters is the accommodating soma of play. You either tranquilize yourself and act like anything you do in or around a video game matters in the scope of your life. Or video games are your cocaine power-trip, complete with paranoid delusions that Activision is out to get you.

The scary thing is, that when you’re hooked on what they’re selling, they are because they need you. It’s codependent. They’re as hooked on you as you are on them. Yeah, you can buy whatever you want and make whatever choices you want, but junkies need enablers. Preorder that $60 game that you know full well will be $20 in three months and you’re enabling them.

This business is dependent on the junkie “must play games” mentality to stay afloat, and as we head into a console generation that will be defined by freemium, pay-as-you-go games and business models that favor repeated purchases over selling quality, lasting products, it’s going to get worse. So tap the needle and tourniquet up your arm for an injection of DLC, come back next week and buy some more. You absolutely NEED to see these gameplay trailers, don’t you? Peddle your ass to these companies so that you can build that field faster. Set the precendent. Be their whore. As for me, I ain’t waiting for the man anymore. I love video games too much to participate in the junkie business that’s destroying its joy.