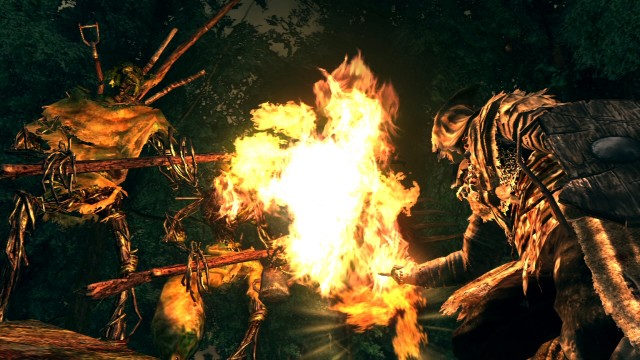 Like most middle-aged gamers, I cut my teeth in the noisy, garish world of coin-op arcades. When each play costs anew, game designers and manufacturers had a vested interest in making them tough. Not too tough to put off potential gamers, but enough to require repeated coins pumped through the slot.

It was a delicate balancing act but we lapped it up, living for those sweaty moments of exquisite agony where new and unexpected situations taxed your muscle memory and you twitched instinctively over the joystick. Trying desperately to keep that personalised bunch of mindless pixels on the screen burning brightly for one second longer, fired with the knowledge that pocket change isn’t that easy to come by when you’re a teenager.

The same ethic of toughness pervaded the early home computer games. Partly it was inherited from the coin-op world, and partly it was down to technical constraints. But neither lasted. As early as the end of the 8-bit era there were games where progress could be saved, where the focus was more on brave exploration or engrossing story or cunning conundrums than it was on mastering movement patterns.

At a stroke this should have altered forever the culture of difficulty. Where is the value in setting up artificial barriers to progress when they can be overcome eventually with the repetition of saving and reloading? Anyone could master anything with no more skill than a reserve or patience, or obsession. And yet difficulty not only remained a shibboleth of game design, it remains celebrated now.

For evidence, look at the number of titles that hobby gamers repeatedly celebrate and marvel over from the most recent console iteration which are feted for their extreme levels of difficulty, such as Dark Souls and others. Observe the worry about input lag on modern TVs, and how microsecond differences can make difficult games unplayable. Look at the exhortations you see in columns and articles everywhere to play games on their most punishing settings. 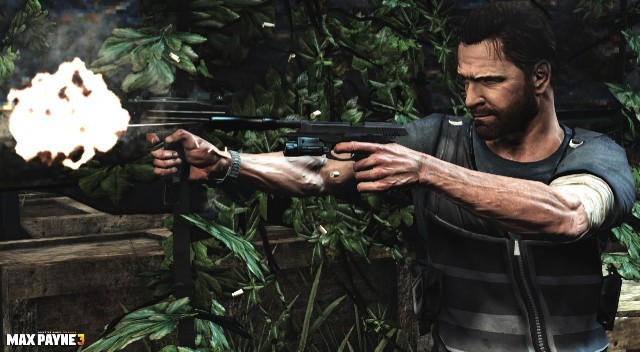 I first started thinking about this when I saw a fairly heated discussion about the merits of doing just that on Max Payne 3. There was a minority of dissenting opinion that the best way to experience the game was to actually do the exact opposite, make it as easy to play as possible, and just sit back and enjoy the story and those cool bullet-time visuals. And I thought, why not? What’s wrong with just loving a game because its immersive and clever, treating it more like an interactive film than a traditional game experience?

I was reminded of that train of thought recently, playing Dear Esther for the first time. It’s an odd thing which defies easy classification, and I admired to hugely for its inventiveness and artistry, probably more than I enjoyed actually playing it. But it has no difficulty whatsoever, beyond the demands that piecing together the intentionally fragmentary, incomplete story places on the player. It may not even be a game.

But whatever it is, it wouldn’t work anywhere other than on a computer. I was dumbfounded to read that some of its critics felt it would have worked better than a film. How would a film incorporate the elements of exploration that reward the player with more clues on Dear Esther’s tantalisingly incomplete characters and plot? How would it randomise the monologue to ensure repeat value and different interpretations on each analysis? How would it draw the viewer into the central driving seat of the experience? It is fundamentally a digital experience, and must remain so to preserve its value. 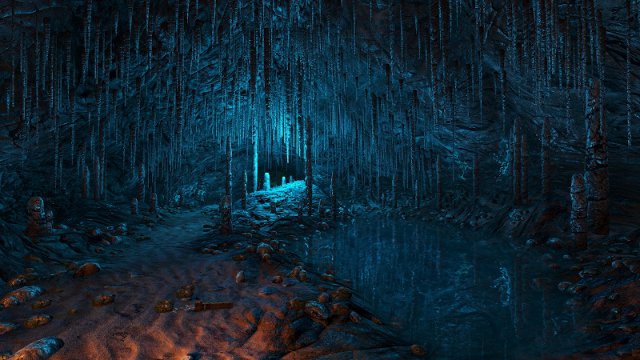 But on consideration, its astonishing that it took so long for something like Dear Esther to exist. The ways in which it leverages the medium to create an absorbing yet highly creative and aesthetic experience seems obvious after the fact. And it’s not like artists haven’t tried using games to make important, interesting statements before although the results have been far more art than game, worthy of analysis rather than play. Why did no-one create a playable art-game hybrid like Dear Esther earlier?

Some of the blame rests with the deservedly dreadful reputation that the term “interactive movie” garnered early in its life. Games like Dragon’s Lair and Space Ace might have looked very pretty by the standards of their time but they were clunky, linear things with little replay value and the bad smell they left after their initial vast hype is only now beginning to dissipate. Recent titles like Dear Esther and Heavy Rain leave me wondering what that amorphous combination of film and computing could have managed in the intervening years were it not for the long shadow of the laser disc.

But mostly I suspect that the lack of progress in this space is due to the worship of difficulty on the part of game designers everywhere. The people in the driving seat of game releases have, up until very recently, been my generation, that same generation who had an association between challenge and gaming seared onto their developing adolescent brains from hours of coin-op play. To people raised on that cultured that celebrated challenge as the be-all and end-all of games, the idea of something sedate, easy, to be consumed and appreciated for reasons other than its difficulty is anathema.

The same people are doing a lot of work on mobile and tablets. They’re responsible for games like Super Hexagon, a game of such intense difficulty that progress for most players is measured in terms of seconds, not even minutes. But the interesting thing about this is that in many ways mobile gaming is a return to the early days on coin-ops because both formats have an inherent interest in keeping games short, albeit for very different reasons.

As a result high challenge games work exceptionally well on mobile. And as the format eats further and further into console and PC gaming it’s worth remembering that while difficult games have value, they don’t entirely play to the strengths of those platforms, which is rendering long, compelling, media-rich experiences.

This isn’t about bashing difficult games on consoles. When they’re built around the concept of their challenge, cunningly designed as Dark Souls is to make it a central feature of their game on top of which other involving aspects of play can be assembled, they can be superb. But the continued existence of fake barrier erected in many other games can simply lead to repetition. Don’t be phased. Enjoy games on whatever difficulty settings appeal to you most. And hope that now a new generation of developers is leaving the old god of challenge for mobile, where it properly belongs, we’ll see a whole lot more experimentation and innovation in the next hardware generation.